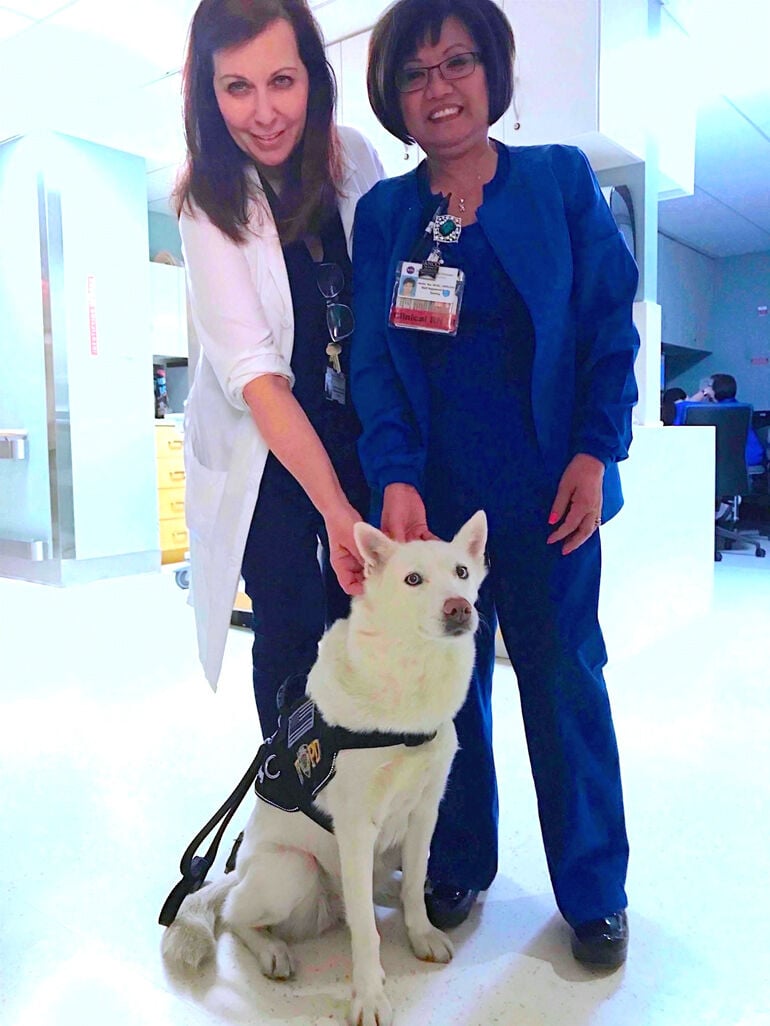 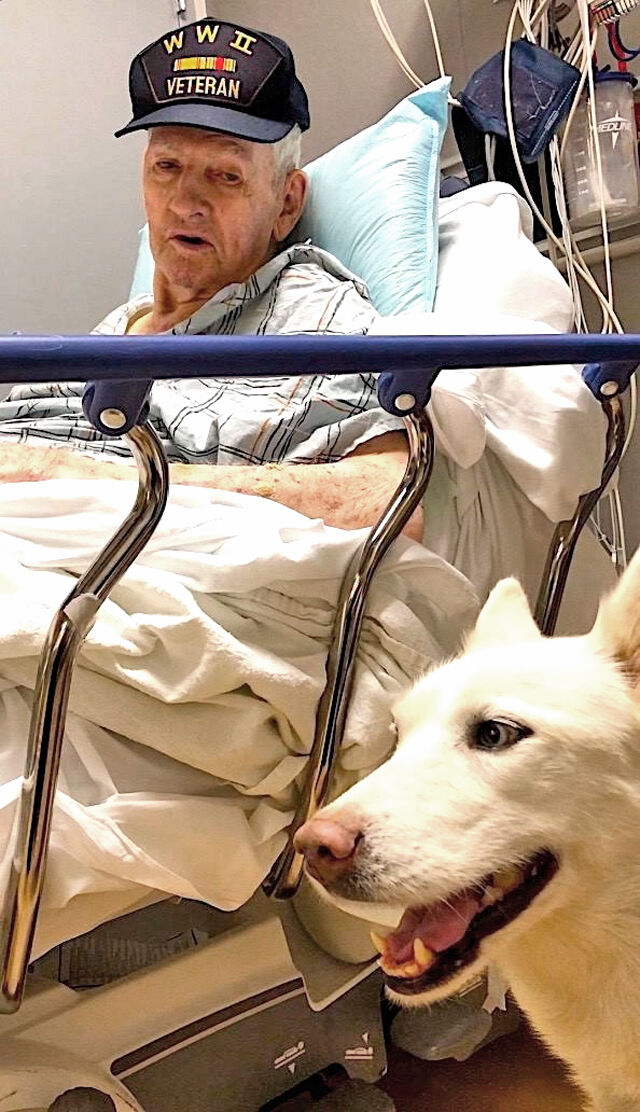 For many years, Pastor Michael Green of Astoria has ministered to the needs of wounded soldiers at Walter Reed National Military Medical CVenter in Maryland; veterans and senior citizens in nursing homes; and even the city’s first responders.

And for more than eight years, his companion on his journeys has been a stunning white German shepherd-husky mix named Miska.

“She’s brought so much love and comfort to our veterans, wounded warriors and first responders,” Green said in a telephone interview this week.

Now he’s hoping the public will fall in love with her as others have and vote for her in the 2021 American Humane Hero Dogs Awards. Miska is competing in the service dog category.

“I’ve always been exposed to the military culture,” said Green, whose ministry long predated his time as Miska’s human. He is a former chaplain with the Marine Corps League, and would bring gifts, personal care items and letters to both veterans and the wounded military.

After Miska entered the picture, friends suggested that her appearance and personality made her a natural to try for things like television and print commercial work.

Green had other ideas.

“The first thing people notice is her appearance,” Green said. “They comment on her beauty. But she has such a beautiful personality and a beautiful spirit.”

He realized Miska’s gifts could be an extension of his outreach efforts.

He began by taking photos of her with police officers he would encounter when taking her for walks.

That quickly evolved into appearances and charity work for the families of officers killed in the line of duty and Gold Star military families.

That, in turn, led back Green back to veterans hospitals in Queens and Manhattan, and then to nursing homes.

And whether it be patients or staff members, Miska is always a welcome presence.

“The reaction of some of the World War II veterans was priceless,” he said. “She brings such joy and comfort when they’re meeting her and petting her. They always ask when she’s coming back.”

Voters can see more of Miska’s story and vote for her online at herodogawards.org/dog/miska.

Green also said Miska has had some health problems of her own lately, and he has started a GoFundMe page in an effort to offset some of her medical bills. It’s posted at gofundme.com/f/saving-miska.

So refreshing to see an article on a dog that brings so much joy to our military, veterans and first responders. Great job Miska and praying for your health.