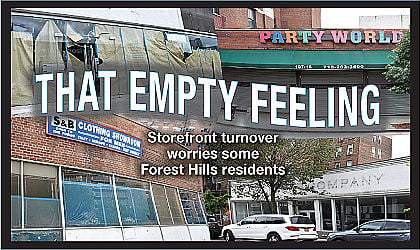 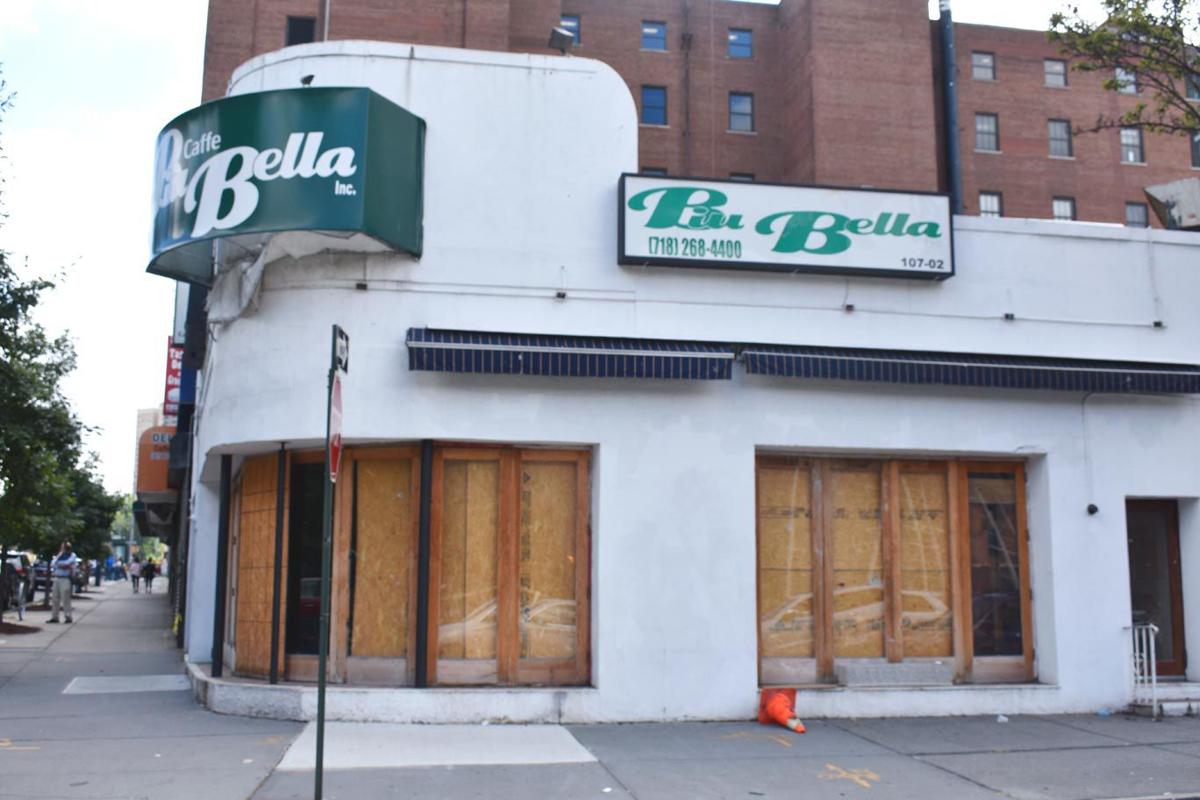 The recent disappearance of several Forest Hills fixtures continues an apparent trend in the neighborhood: the closing of businesses that its residents depend on.

Yellowstone Hardware & Supply Corp., founded in 1954, sold its last nuts and bolts back in November. As of Aug. 28, the venerable branch of Sterling National Bank, a cornerstone of the intersection of Continental Avenue and 108th Street, would offer no more interest or loans. This past spring, Key Food, which for decades stood at the corner of Queens and Yellowstone boulevards, closed its automatic doors forever.

“There’s no place to shop anymore,” said a 30-year resident of the area who identified herself only as Susan. While the sentiment may be an exaggeration, it’s one that is shared by many who live in the area.

“You make up your shopping list of the things you need and the stores aren’t there,” Susan said, a reflection of the constantly changing scene around the mostly residential neighborhood whose history dates to the late 1800s.

While new stores sometimes open to replace those that close up shop, there are more than a few storefronts in the vicinity that remain vacant. Some have been empty for years.

A one-block stretch on Austin Street between 71st Road and 72nd Avenue reveals five deserted retail spaces, including those formerly occupied by New York & Company, a women’s clothing retailer, and a grocery store. A bridal shop is gone, too, along with the building that housed it. According to a hairdresser who declined to give his name but who indicated he has worked in the salon across the street for the past 14 years, the building was demolished about six years ago. The space remains an abandoned construction site.

Even a casual walk through the neighborhood offers plenty of other examples of properties that remain vacant. Continuing down Austin Street, one finds the window-covered remains of Sky Cafe, which served up tasty treats at the corner of 70th Road. A nearby AT&T Authorized Retailer is out of business, too, as is Barnes and Noble, one of the last remaining bookstores in the borough.

Toward the end of the street, where it meets Yellowstone Boulevard, Austin Wellness Pharmacy is but an empty shell behind a gated door.

The S&B Clothing Showroom for Men, which adjoined Key Food on Yellowstone, has been gone for years, perhaps a decade, some speculate. It was recently joined by the shuttered Aron’s Bakery, on the far side of the Long Island Rail Road trestle.

Of the half-dozen movie theaters that once dotted the area, only the Midway on Queens Boulevard and Cinemart Cinemas on Metropolitan Avenue remain. Gone, too, are all the Chinese buffets and sit-down restaurants.

Why is this happening? The answers vary depending upon whom one asks.

According to Leslie Brown, president of the Forest Hills Chamber of Commerce, “There is always turnover with small businesses,” which have been greatly affected by the internet. “So many people shop online now. It is hard to compete,” she said.

“Key Food closed because the property owner is developing the property,” Brown said. The store was “a vital supermarket for the area closest to it, but property owners have the right to develop their properties as they see fit.”

Frank Gulluscio, district manager of Community Board 6, agreed with Brown, suggesting that “there has always been a turnover of stores in the neighborhood.” Gulluscio attributes the phenomenon to the “changing economics in the area.” He cited high rentals as “the driving force of people leaving. The mom-and-pop stores can’t keep up with big franchises.”

Michael Cohen, communications director for Councilwoman Karen Koslowitz (D-Forest Hills), suggested that while some area businesses have been lost to entrepreneurs who are interested in developing high-rise apartment buildings in their place, that was not the case with Key Food.

“It was losing money. It was going to close anyway,” he said.

According to Cohen, Koslowitz spoke with the developer, Slate Property Group, which was willing to include a food store in the new building’s plan. Cohen said that Koslowitz’s office and Slate have approached more than 20 potential takers, including Trader Joe’s, Brooklyn Harvest, Food Cellar and Balducci’s, but none was interested. The developer set a deadline of Oct. 1 for a positive response, according to Cohen.

Cohen also indicated that Koslowitz believes that while high rents are “a consideration,” much of the blame for store closings is due to “the shrinking capacity of available parking. Bike lanes definitely hurt merchants in Rego Park,” including Ben’s Best, a popular delicatessen on Queens Boulevard that closed in June.

Cycling advocates dispute the idea that the lanes were a factor in Ben’s Best’s closure, though the owner insisted they were.

In the case of Maryfield Cleaners & Laundry, an increase in rent and failure of the landlord to offer a long-term lease forced owner June to pack up shop after 18 years at her 71st Road location and move directly across the street.

In an open letter on their web page to their customers, the owners of Yellowstone Hardware said, “To expand our business and offer you a greater selection of products and services, we are pleased to announce that we have joined forces with Pearlgreen Corporation.” The store now operates out of New Rochelle.

Some departed businesses have been replaced by others, mostly of a different ilk.

Barnes and Noble, for instance, made way for a Target department store. The Forest Hills movie theater on Continental Avenue is now a Duane Reade. And signs in various windows announce the imminent arrivals of a Pandora store, Orangetheory Fitness and a Housing Works Thrift Shop.

“It’s changing,” Susan said of the neighborhood, “but not for the better. We’re losing something ... the ability to want to shop.”

Since the demise of Key Food, Susan has to do her food shopping on 108th Street which, for her, is a mile-long walk away. She invites an elderly neighbor to join her and pushes a big shopping cart loaded down with groceries for the two of them, she said.

And, she added, she was “shocked” to see that Payless ShoeSource, a discount store on Continental Avenue, now has a closing sign up.

Ann Richter, 70, who has lived in Forest Hills for 44 years, has noticed the turnover, too. “A new store comes in and my husband says, ‘I’ll give it six months,’” she said.

“We’re seniors, but we’re mobile,” she added. “I feel badly for senior seniors who don’t have their Key Food. We really miss the store.”

Her friend, Paula, who withheld her last name, added, “I find the whole area is changing. It’s not as upscale and prices are outrageous. They need new stores here.”

For Richter, “The charm of Forest Hills were the mom-and-pop stores. I still love [the area], but we’re losing that charm.”

Not everyone was concerned about the changes. Helen Byrne, a personal trainer who has lived nearby for 44 years, said the closing of Key Food forces her “to go further” for her food shopping. But, while she finds it an inconvenience, she looks at it philosophically. “It’s good exercise,” she said.

Alan, who withheld his last name, has lived in the area for five years and often shopped at Key Food. But, he said, the closing “wasn’t much of an inconvenience.” He admits, though, that he is “not thrilled they’re going to be building an apartment building” in its place.

Fayek Gheit, who has spent the past 41 years living in nearby Kew Gardens, is familiar with Forest Hills. Since Key Food closed, he said, “People see that the area is isolated. The corner is very dirty.”

But things are not all bleak. “It’s getting better,” the hairdresser said. “There used to be more empty stores.”

And, according to Brown. “The businesses that are coming to Austin Street are food-related or places that are serving needs that online shopping does not fill. Businesses are opening and still thriving in Forest Hills.”