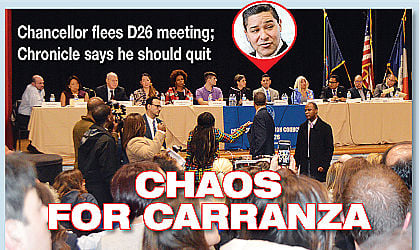 demanded answers on the reported sexual assault and physical bullying scandals at MS 158. 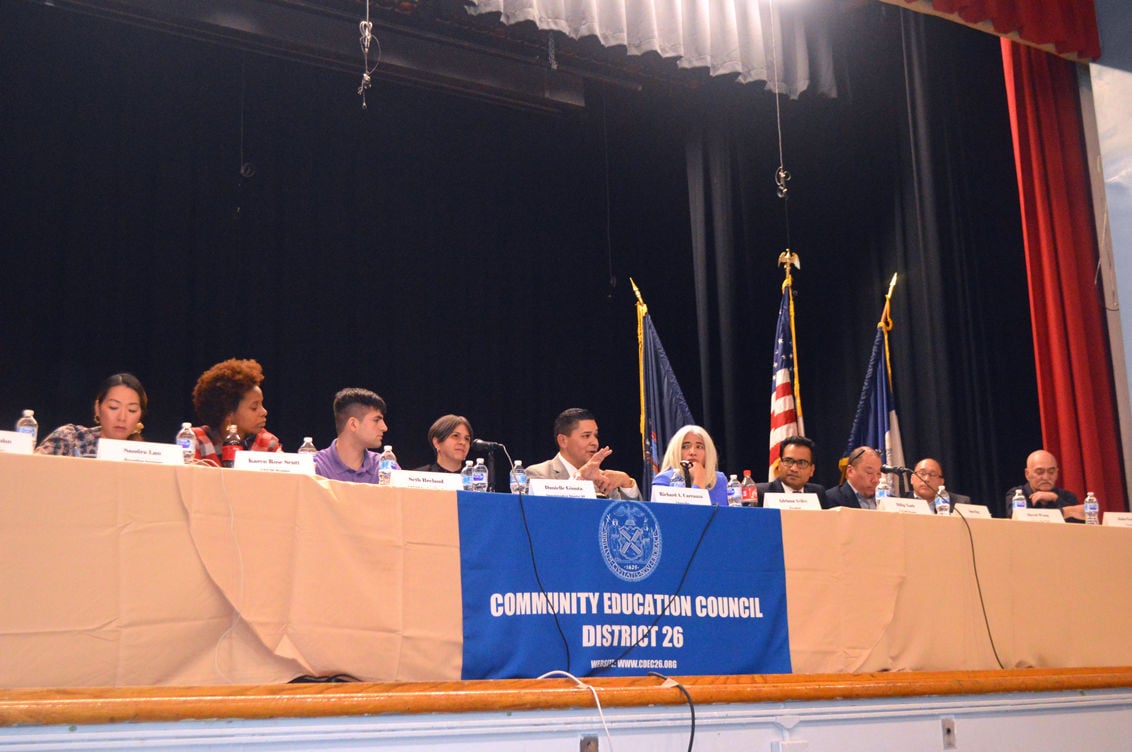 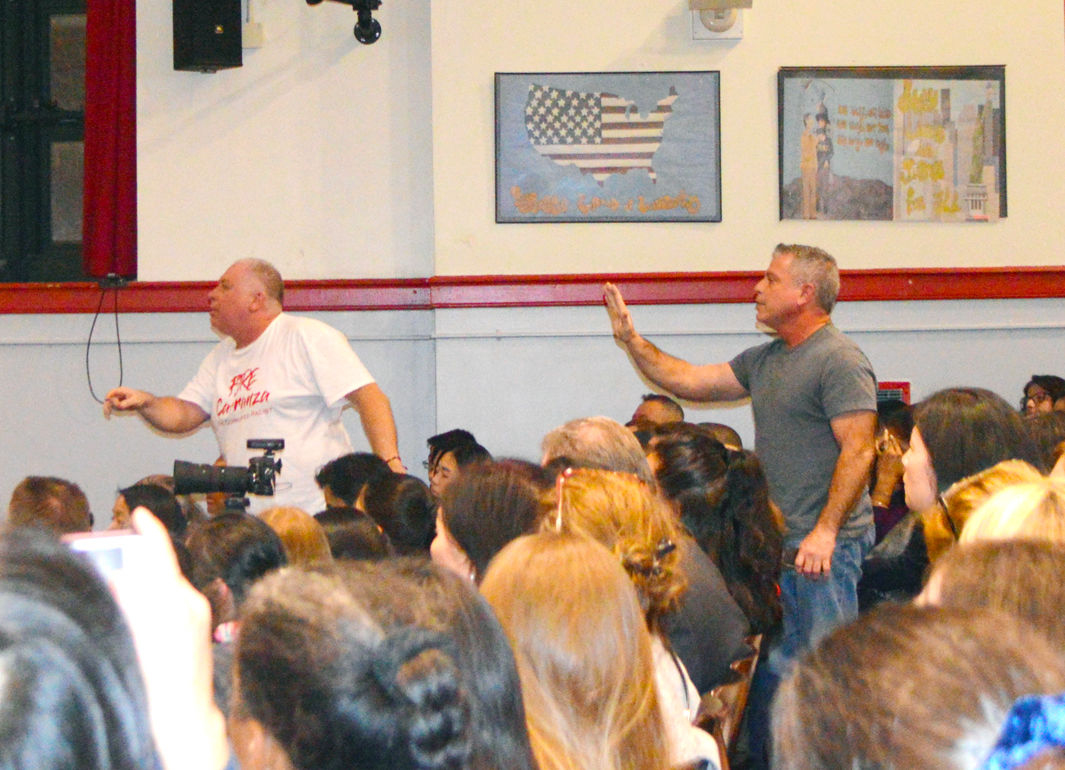 demanded answers on the reported sexual assault and physical bullying scandals at MS 158.

“My daughter, last month, was a victim of sexual assault!” yelled a father from the crowd at the Jan. 16 Community District Education Council meeting at Bayside’s MS 74. His shouts at city Schools Chancellor Richard Carranza sparked a passionate outcry from surrounding parents that proved uncontrollable enough to shut the meeting down early and force Carranza to make a backstage exit.

“Answer this man! His daughter was a victim of sexual assault!” another man bellowed at Carranza, incentivizing much of the audience to join in the shouting.

According to reports, the school did little to address months of sexual harassment of an eighth-grade girl by a male classmate or an incident where one student forcibly put his finger in another’s rectum.

“No student should be subjected to harassment and violence at school,” Meng stated in the letter’s release. “When students are in school, they should be focused on learning, not worrying about their safety. Chancellor Carranza must immediately address the issues we’ve raised.”

The outburst followed a question from a United Federation of Teachers representative who stated that staff in District 26 do not feel respected by students or supported by the Department of Education: “The lack of consequence for the students and following through as related to discipline has raised the lowering of moral and inability to effectively manage classes. The fight at 158 was an extreme case, but has sent shock waves throughout the district. How are you going to ensure that District 26 staff are supported to appropriately manage the top performing classes in the city?”

“The issue of student behavior is not just a teacher issue. It’s a home issue and it’s also a support issue,” responded Carranza, stating that the DOE has hired counselors and social workers to address challenges that students face, such as intergenerational poverty and incarceration, displacement, emotional trauma, and lack of afterschool supervision. “Incidents are dropping in our schools ... I’m familiar with the incident that you’re talking about and the video that went viral.”

The question referenced a Jan. 10 video of an MS 158 student relentlessly beating another. The mother of the victim, reported by the New York Post as Katty Sterling, charged the stage after the father of the sexual assault victim disrupted the discussion.

“The other student is sitting in school getting all the privileges and what is my daughter doing? Sitting at home, sick, getting traumatized!” said Sterling just a few feet away from Carranza. “What is happening here? We’re not getting answers! Nobody is giving answers!”

The crowd continued to shout over itself for several minutes as moderators attempted to move onto the next question and as Community Education Council President Adriana Aviles begged the parents to remain respectful. Carranza sat tight-lipped waiting for the chaos to subside, which only enraged the crowd more: “Look at that smirk, he thinks it’s funny!” shouted one parent while another taunted, “Ignore us like you always do!”

Aviles announced that the meeting would close early, and Carranza exited through the auditorium stage’s back door to “Fire Carranza” chants.

The council released a statement on Jan. 19 stating that the topic of the children’s safety was not addressed during the meeting because “the Chancellor chose to end the meeting abruptly due to what he felt as ‘safety concerns.’”

Elected officials on the Jan. 16 letter to Carranza sent another on Jan. 20 demanding the chancellor return to District 26 and hold a public meeting to address the concerns over school safety that were excluded from the chaotic council meeting.

“You left the event early when confronted with questions about school safety: specifically, the ongoing issues at MS 158,” the letter from Meng, Liu, Braunstein, Grodenchik, Koo, Rozic and Vallone read. “This lack of response has left our community frustrated and upset, and frankly, it is inconceivable that these important questions about safety were not addressed at all.”

“The recent reports of sexual assault and violence at MS 158 are alarming and require an in person response from the Chancellor,” said Braunstein. “Chancellor Carranza failed to address community concerns and instead displayed a shocking lack of empathy by dismissing the parents of assault victims as ‘grandstanding.’”

“the Chancellor chose to end the meeting abruptly due to what he felt as ‘safety concerns.’”

OMG - obviously he knows how to handle his own safety, but the safety of others is of no concern to him. Both he, Dumblasio & DumVos need to be fired immediately!!