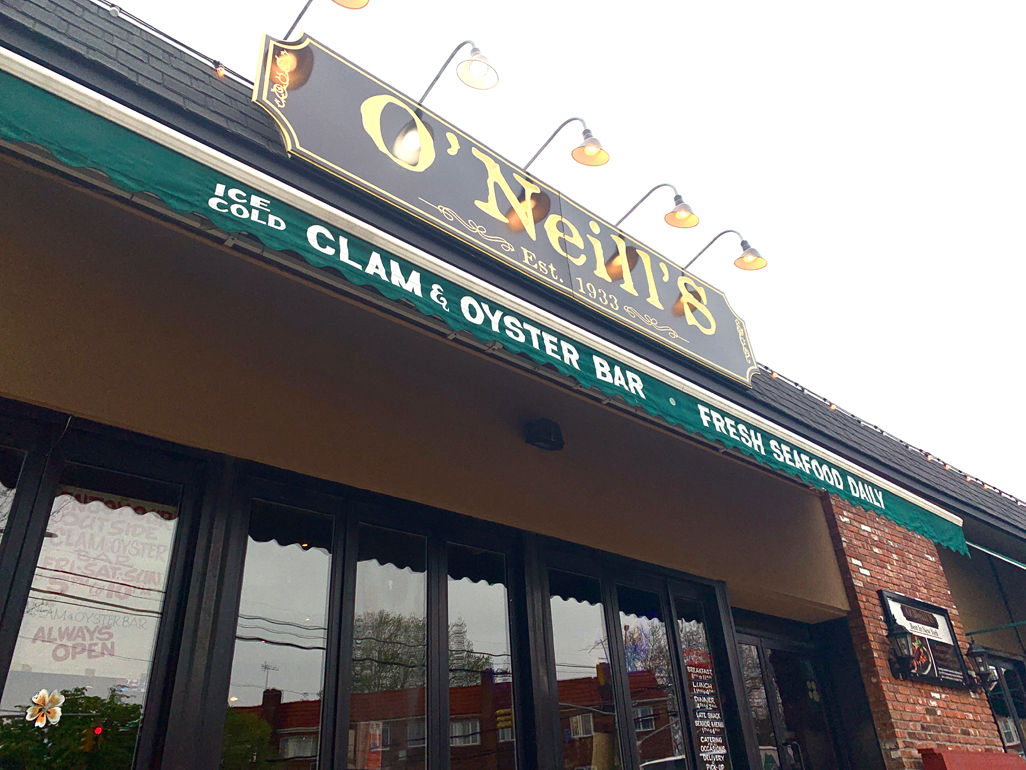 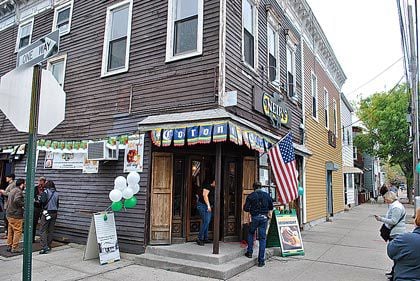 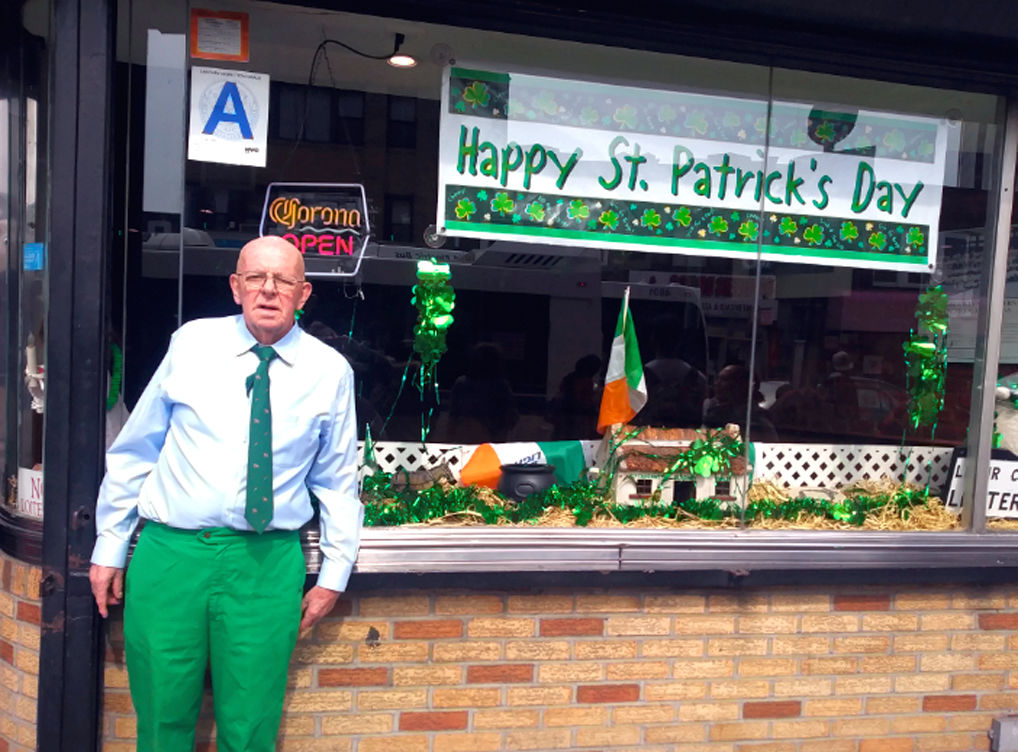 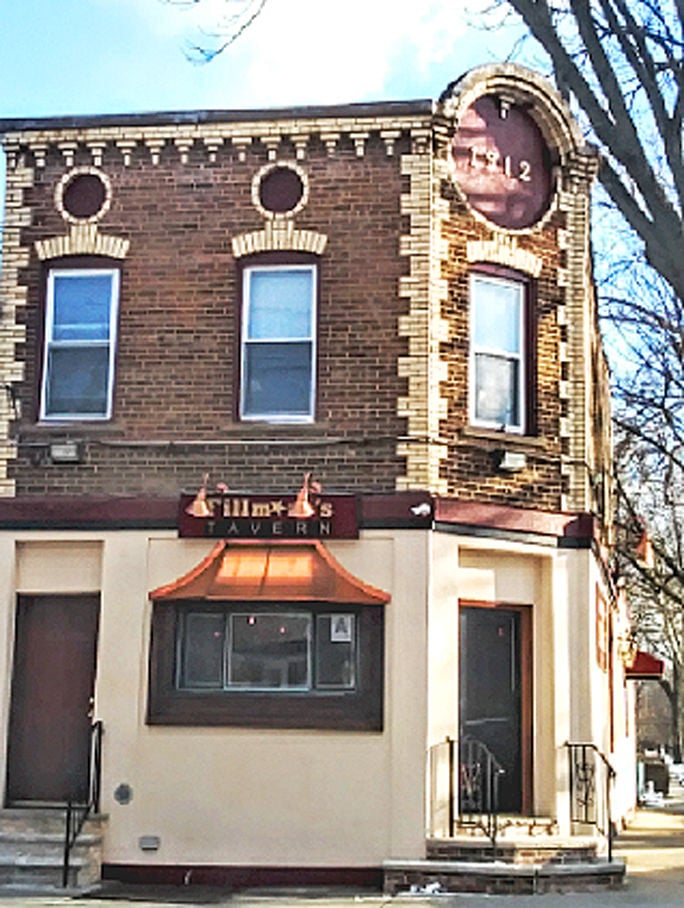 The historic ones are those watering holes that look the same as they did long ago and exude a feeling of another era — usually the era when bars were the center of neighborhood life.

The nostalgic ones are the bars that remind you of when you were younger, the kind of places that you remember — fondly or not — hanging out in.

The heyday of the neighborhood bar is gently fading like the final image after you turned off the TV set, back when TVs had tubes.

Adults don’t escape after dinner anymore to the corner bar. They have the couch now. And Netflix.

Here are four old pubs — each located in a different part of Queens, and ranging in age from 43 to 189 (not a typo) years old — that stayed young and found a second act.

How? Simple, because the people who love them remained loyal and still show up, if not every night after dinner, every chance they get.

Adam Tortora started as a bartender at Fillmore’s at age 21. A few years later, on the bar’s 40th anniversary, he bought the place from the original owner, Rick Reichenbach.

He didn’t have much choice, he said.

“This place is a part of my family,” Tortora said, “Both my brothers met their wives here. It’s the place we always came when I was growing up.”

Fillmore’s is short for Millard Fillmore, 13th president of the United States.

“Rick had an affinity for presidents and Fillmore was a member of the Know Nothing Party,” said Tortora. “He had no idea what he was doing when he opened the bar so he thought it was an appropriate moniker.”

When it came time to retire, Reichenbach didn’t want to sell to just anyone, said Tortora.

“It was an important past of Rick’s legacy planning that he leave it to someone who would look after the people here,” said the new owner.

“One cook has been here 22 years, another 25 years,” Tortora said. “I think we have five people on the staff with 20 or more years.

“We have given it the attention it deserves.”

When George O’Neill died last summer at age 83, it made all the local newspapers. Not just as an obituary, but as a news event.

O’Neill, longtime owner of the pub and restaurant that carries his name was such a partisan for Maspeth, his passing required the neighborhood be told it had lost a signature figure.

It was O’Neill’s father, George Sr., who first opened the bar, then called the Plateau Tavern, on the spot where the restaurant and pub is today.

It was George Jr., just back from the Army in the mid-1950s and taking over from this father, who began “to buy up the places on either side and expand,” Pyle said.

The restaurant is about to expand again. This time upward.

Reservations for events like communions and confirmations have to be made up to a year in advance, said Pyle.

“The demand in the neighborhood was so great, we had to do it,” he said.

“When I started, this was all I could do, really,” said owner Peter Hanlon, “Filling drinks and shooting the BS.”

How did he make it this long in a changing neighborhood?

“Perseverance,” said Hanlon. “I had nothing in the beginning. I did this by looking after people. The customer is the No. 1 thing.”

Actor Robert Duvall filmed a movie he directed, “Angelo My Love,” in Blarney in the mid-1980s and helped bring the place some notoriety.

But for the most part, Hanlon did it alone. “No, no partners,” he said, “Everyone here is my partner, you might say.”

Hanlon is gradually turning over operations to one of his three daughters, Marguerite, and her husband, Malachy. “I had a beautiful life here with beautiful people,” he said.

“We’re the only one left on Jamaica Avenue,” he said, meaning Irish bars, not Hanlons.

Neir’s claims it is not just the oldest pub in New York City but one of the oldest bars in the country to operate continuously — with a brief intermission for Prohibition — in the same spot.

How old? The mahogany bar where regulars sit was installed when Ulysses S. Grant was in the White House. Like, really old.

The Blue Pump Room, The Old Abbey, The Union Course Tavern and Yesterdays are just some of the names the bar has been called.

Ed Wendell, president of the Woodhaven Cultural and Historical Society and unofficial chairman of the committee planning a birthday bash for Neirs 190th anniversary in October, believes the secret to Neir’s longevity is its hard-to-find location.

“It was hidden,” he said, “tucked safely away in a corner of Woodhaven while the world went to war and there was a Depression and stuff.

“Nobody knew it was there — except for those of us in the neighborhood who went there.”

In 2009, a shy firefighter, Loycent Gordon, bought Neir’s with some friends and dedicated himself to the task of making sure no harm came to it.

He has been its prime protector, promoter and chief bottle-washer ever since.

“How do you explain its longevity when so many bars around it have closed in all those years?” asked Wendell.

“We loved it and the people who worked there loved it,” he answered.

“It’s a melting pot of our community, like a very friendly family.” Wendell paused. “When my mother passed away, it’s where we went to eat.”