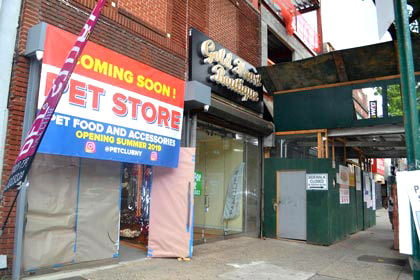 A new city report finds that the share of storefronts that are vacant varies greatly, even within a given neighborhood. In Astoria, the overall vacancy rate was 9.5 percent, but on one stretch of Steinway Street, above, it was 18.1 percent. These three shops represent three different stages of vacancy, with one business “coming soon,” one space for rent and another undergoing renovations. In Jackson Heights, the vacancy rate was 5.1 percent. 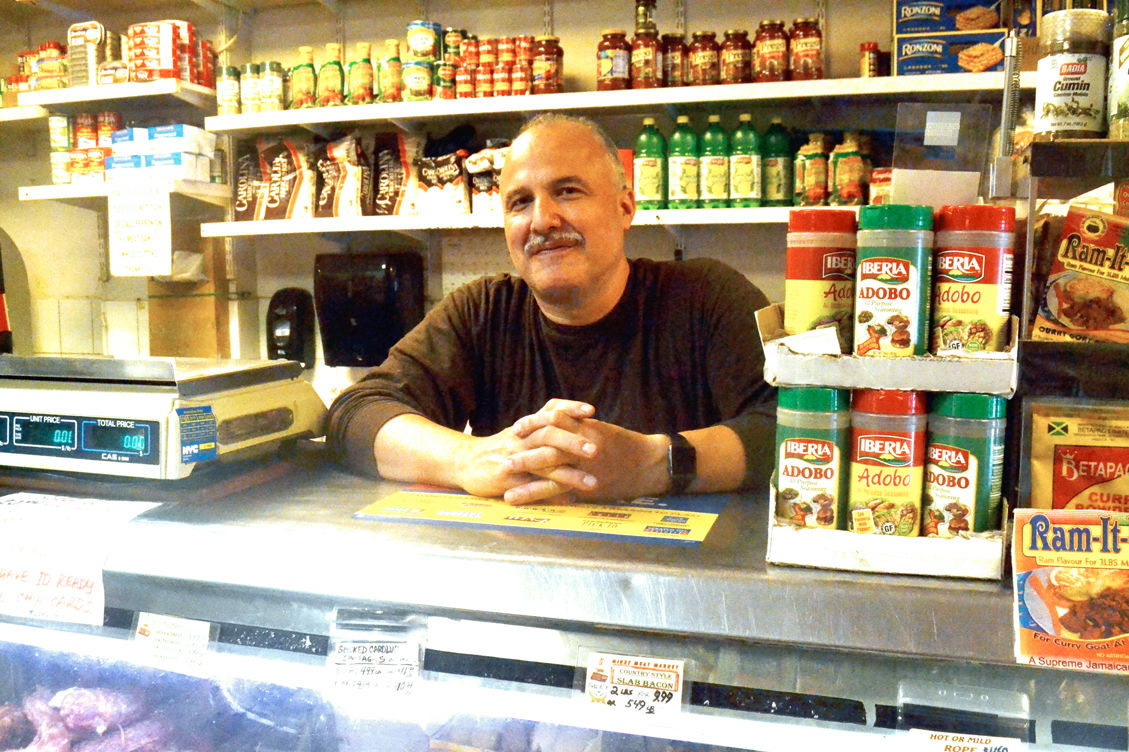 Vito Serra, owner of Mike’s Meat Market in Laurelton, has stayed open for 30 years by knowing his customers — and adapting with the times.

A new city report finds that the share of storefronts that are vacant varies greatly, even within a given neighborhood. In Astoria, the overall vacancy rate was 9.5 percent, but on one stretch of Steinway Street, above, it was 18.1 percent. These three shops represent three different stages of vacancy, with one business “coming soon,” one space for rent and another undergoing renovations. In Jackson Heights, the vacancy rate was 5.1 percent.

Vito Serra, owner of Mike’s Meat Market in Laurelton, has stayed open for 30 years by knowing his customers — and adapting with the times.

The Department of City Planning last week released a 61-page study on storefront business vacancies in the five boroughs, presenting data and snapshots from 24 communities, including Astoria, Jackson Heights and Laurelton in Queens.

Both the city’s study and an informal canvass by the Chronicle reached almost identical conclusions — the challenges for small business are more complicated and more numerous than just rising rents.

“Many individual storefront businesses have conveyed concerns about a changing retail environment, and about the challenges and uncertainty they face, including factors such as shifting consumer habits, taxes, rents, and complex business and land use regulations,” the DCP report states.

“However, this study finds that there is no single dominant trend in retail in New York City,” it states. “All these factors have different effects in corridors across the city.”

The city report, which takes into account only street-level businesses, breaks stores in corridors down as occupied, vacant and available, or vacant with construction or a tenant coming soon. Only vacant and available properties were counted by the city as vacant.

And, like the Chronicle’s less scientific survey, the reasons other than rent can depend on whom and where you ask.

“It goes back a lot longer,” he said behind a counter that has not only traditional market and deli fare, but ethnic specialties both fresh and packaged that one would not likely find in a chain supermarket.

The city studied Merrick Boulevard in Laurelton from Springfield Boulevard to 235th Street, finding an 8.3 percent vacancy rate. Serra said small businesses are continuously forced to adjust to the times.

“I think Amazon and Walmart are trying to kill each other, and while they do that they’re killing small businesses,” he said. He also said food delivery apps are hurting some businesses, and in ways that puzzle him.

The city survey places business strips in Laurelton, Jackson Heights and Astoria in the category of local stable corridors, as opposed to hot or underperforming corridors.

The Astoria study consisted of Broadway from Crescent Drive across Steinway Street to Newtown Road; 30th Avenue from Crescent to just past Steinway; and Steinway from 35th Avenue to Astoria Boulevard.

Astoria, the report said on page 21, has an overall vacancy rate of 9.5 percent; but Steinway between 30th Avenue and Broadway, “Historically known as ‘the city’s largest department store,’” has a vacancy rate of 18.1 percent, a sign of the changing markets and shopping habits for so-called “dry retail.”

“Meanwhile, 30th Ave., with a 7.5 percent vacancy rate, has become a restaurant corridor, with businesses following one another, increasing foot traffic,” the DCP writes.

One business along that corridor is the Fusion Mini Market, a shop offering fresh, prepared and packaged organic food.

Owner Florentino Ortega is a veteran of the business, and has had his 30th Avenue store for two years. Unlike pizzeria owners, Ortega said, most organic food proprietors in the city don’t yet have to worry about a competitor on the corner or just up the street. He also says rent isn’t that bad for the market.

“My problem is the city,” he said.

Inspectors, he said, have begun coming around more frequently, and are citing businesses for even the smallest infractions. He said regulations are getting increasingly difficult to balance.

“When they increased the minimum wage I had to ask, ‘Do I keep paying overtime or do I cut hours? Can I hire more people?’ The minimum wage may kill businesses on 30th Avenue.”

The city examined three connected business corridors in Jackson Heights: 37th Avenue between 73rd Street and Junction Boulevard; Roosevelt Avenue from 73rd to just past Junction into Corona; and Junction between 34th Road and 42nd Avenue. The vacancy rate is 5.1 percent.

Leslie Ramos, executive director of the 82nd Street Partnership, says her group does not represent most of the study area in Jackson Heights, but does have some overlap and common concerns, particularly along Roosevelt Avenue.

Speaking with the Chronicle on Monday, Ramos said she wants to talk more with her board and with city officials involved in the study, but that her first impression of the report is a positive one.

Ramos characterized the corridors in question as working-class neighborhoods with a vibrant business community. She said many keep their prices as low as possible. Some owners, she said, pay themselves close to minimum wage to get by.

But she also said the study’s criteria don’t take into account some of the area’s characteristics.

“They only counted the first-floor businesses,” she said. “We have a lot of businesses on upper floors.” Ramos also said some single storefronts might house two or more businesses in more cases than the study’s planners anticipated.

She said some businesses along Roosevelt were hurt by the city’s restrictions on delivery trucks; and that she hopes some of the Latin restaurants along the corridors begin to become as noticed as the Asian eateries growing in popularity in neighboring communities. Like Serra in Laurelton, she said restaurant owners have felt the pinch of the app-based delivery evolution.

“But I’m happy that the city is studying this issue,” she said. “I’m really glad the DCP understands that the causes [of vacancies] are not universal, but vary by neighborhood.”