You have permission to edit this article.
Edit
News
Editions
Opinion
qboro: Arts
Photos
School News
Classifieds
About Us
Sections
Digital Edition
Page One
Sports
1 of 8 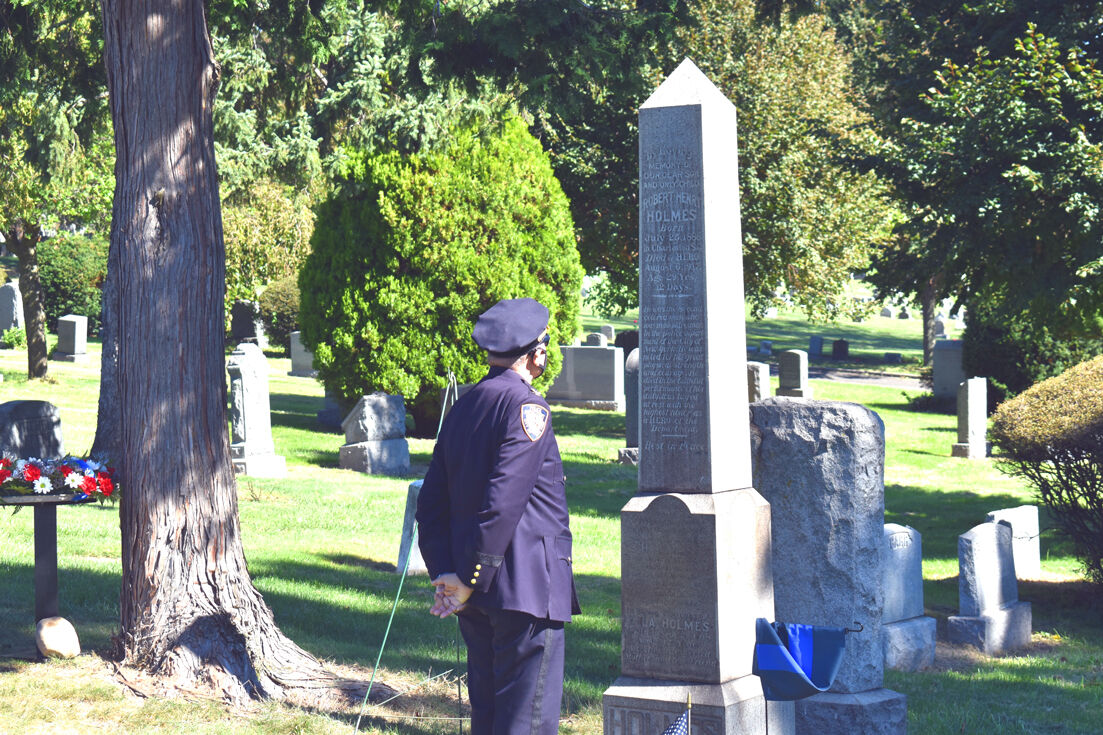 Two police officers killed in the line of duty around 100 years ago were remembered for the sacrifice they made last Saturday at a ceremony attended by officers, elected officials and area residents at Mount Olivet Cemetery in Maspeth. 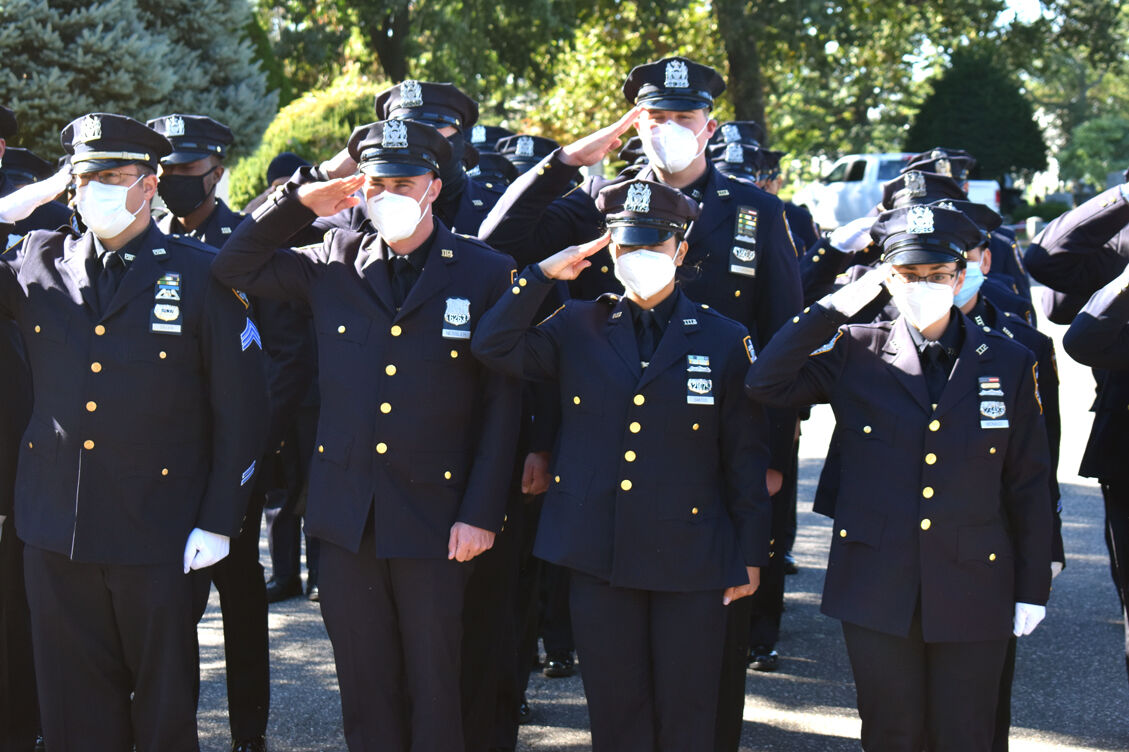 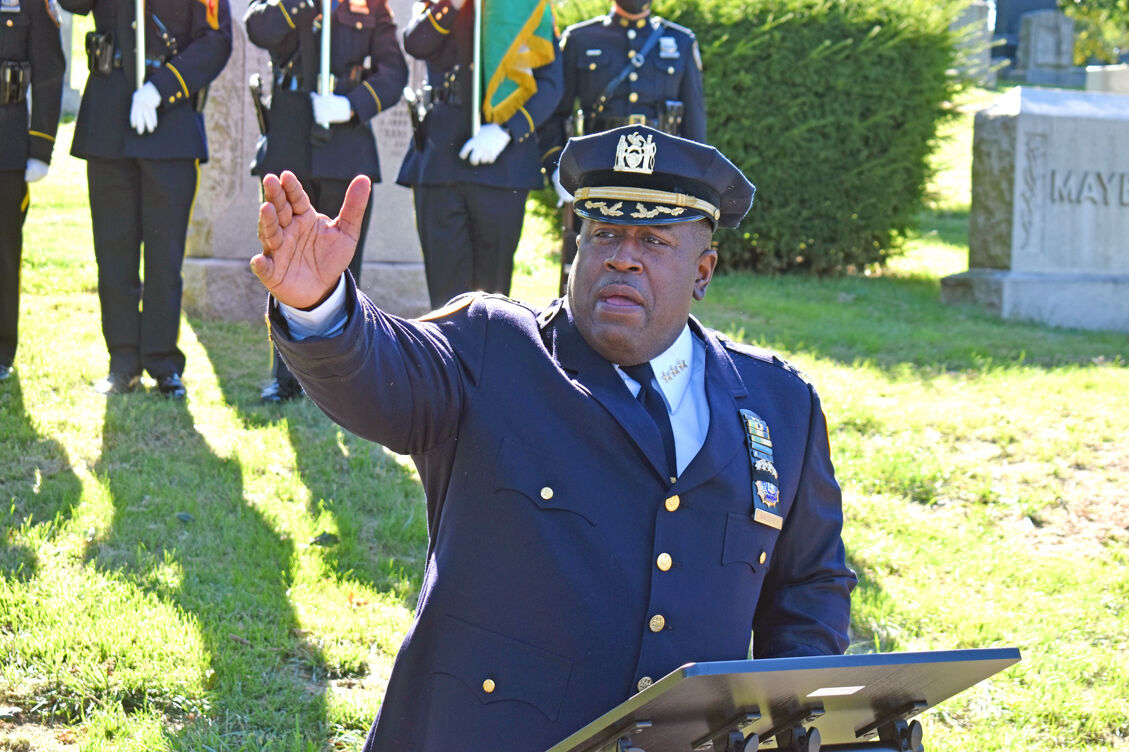 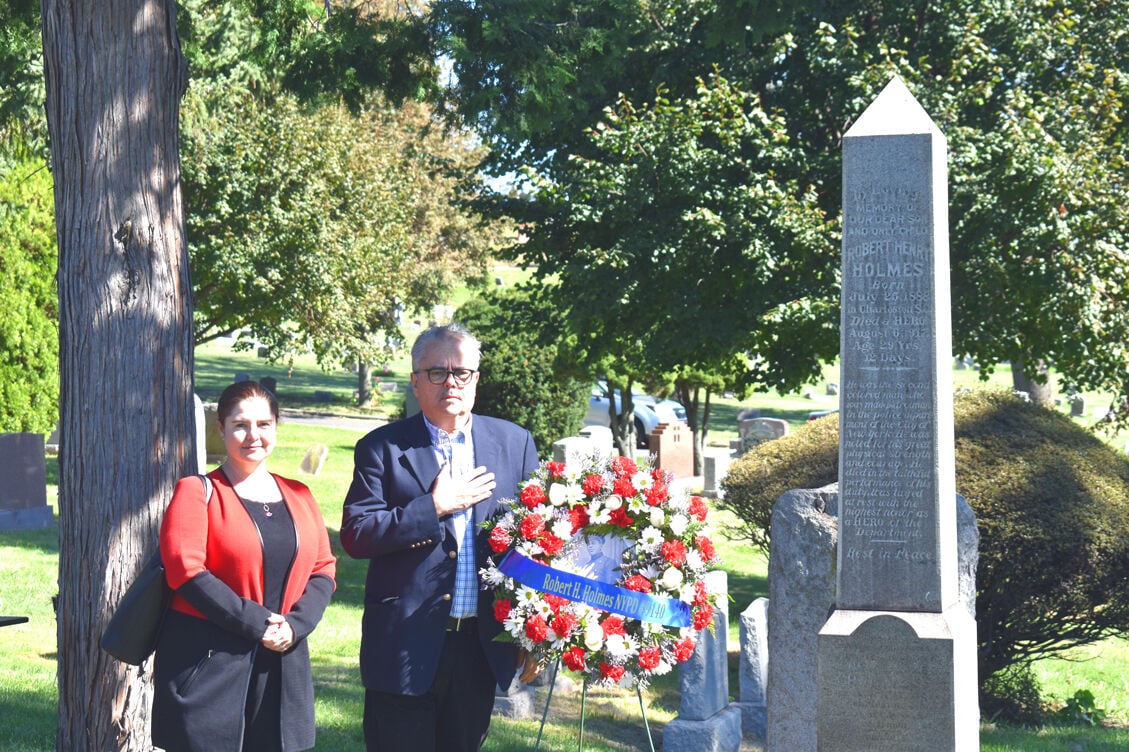 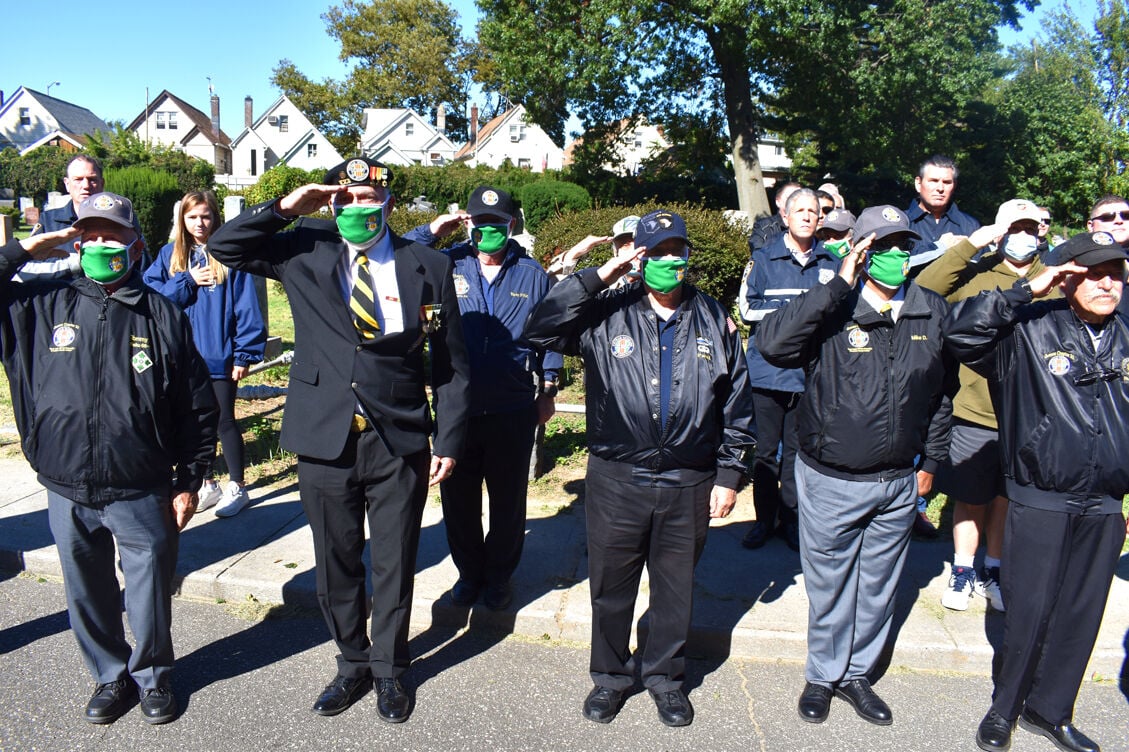 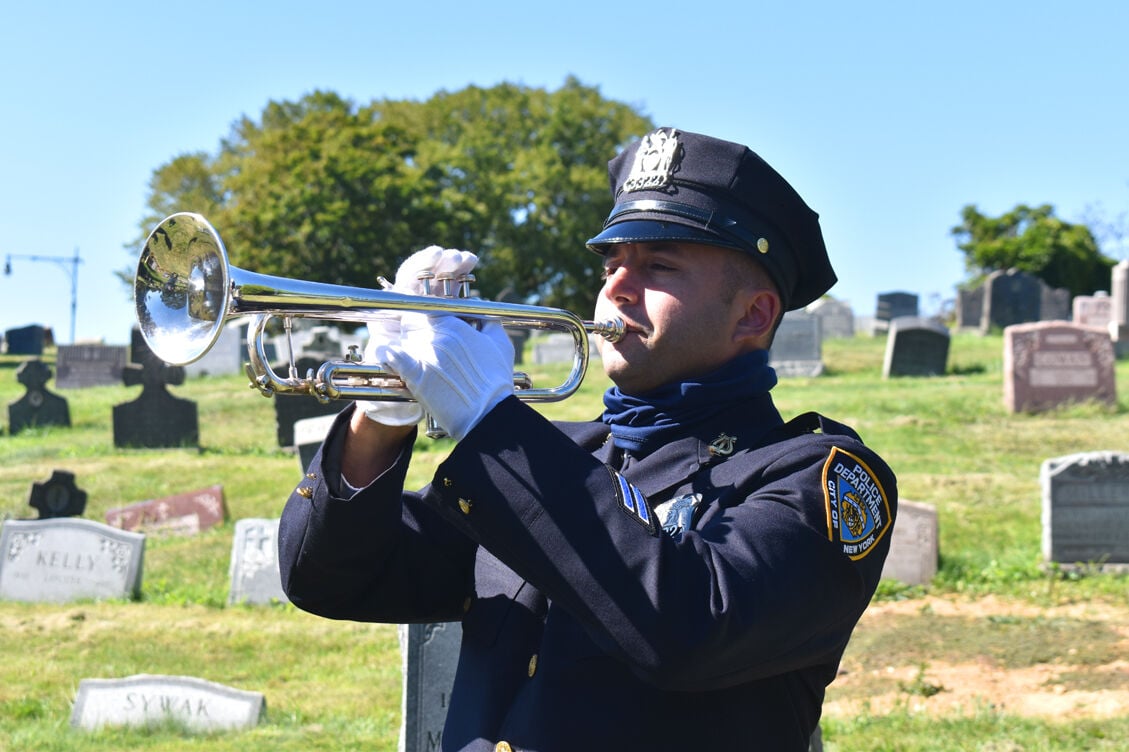 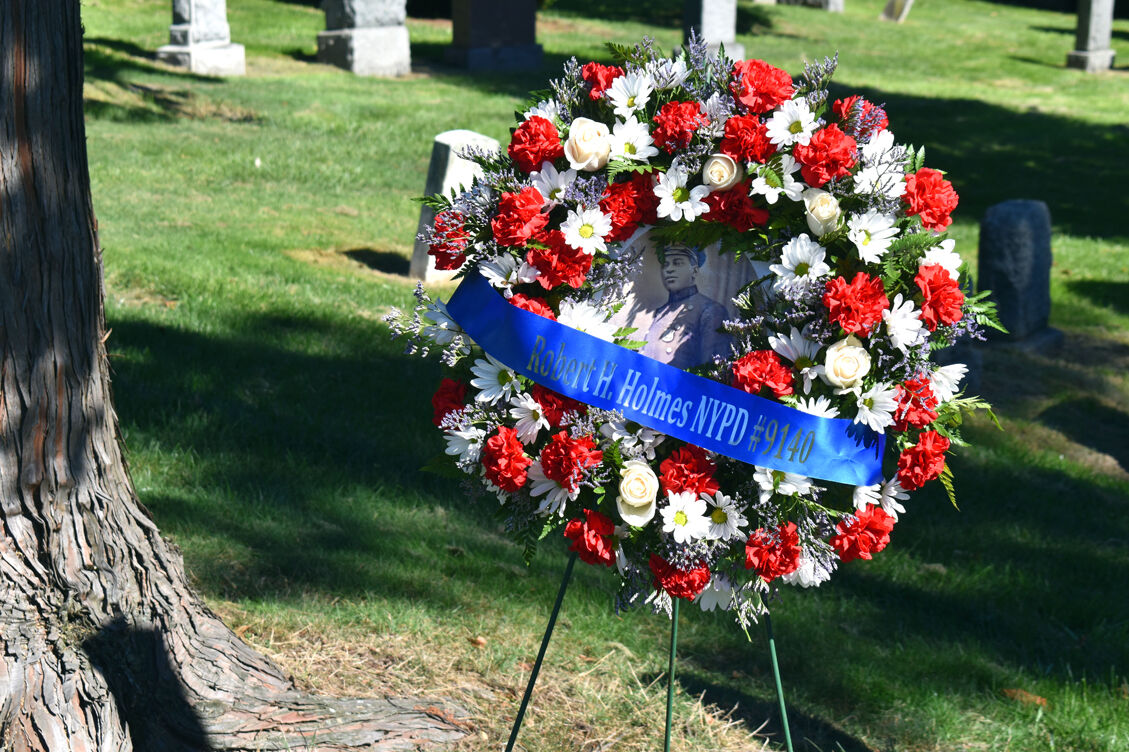 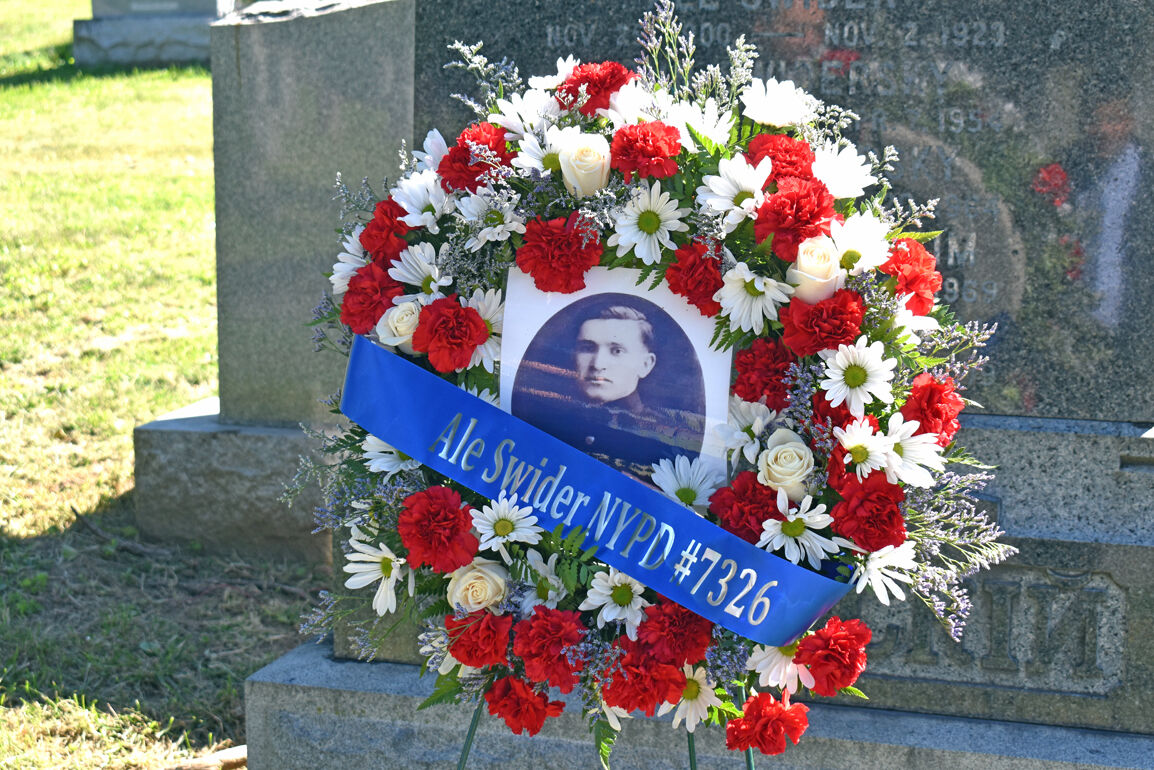 Two police officers killed in the line of duty around 100 years ago were remembered for the sacrifice they made last Saturday at a ceremony attended by officers, elected officials and area residents at Mount Olivet Cemetery in Maspeth.

Two police officers killed in the line of duty around 100 years ago were remembered last Saturday at Mount Olivet Cemetery in Maspeth on National Thank a Police Officer Day.

“We say, ‘We will not forget our lost. We will remember those that went before us.’ And what happens here today is that this puts air in the lungs of that saying,” said Patrolmen’s Benevolent Association President Pat Lynch, at rear center right in below right group shot. “It’s not just something that we say.”

Tribute was paid to Robert Henry Holmes, the second black NYPD officer in the department’s history. He was born in South Carolina in 1888 and moved to New York City with his parents in the early 1900s. Holmes graduated from Howard University, joined the Black Elks Club and became friends with Samuel Battle, the first black NYPD officer.

Holmes joined the force and was assigned to the 28th Precinct in Harlem, where Battle had once been. He was later transferred to a neighboring precinct where the two walked the same beat during different shifts.

Working the night shift on Aug. 5, 1917, Holmes was shot twice in the head by a burglar whom he had chased along Lenox Avenue. Holmes was pronounced dead on Aug. 6.

Both of his parents died the following year, but not before his mother was able to unveil a monument to Holmes.

Police Officer Ale Swider was also remembered at the ceremony. Born in 1900, he emigrated to America at age 12 with his family and lived on the Lower East Side.

At 18, he was drafted into the U.S. Army and was sent to France during World War I. Swider was a sergeant in the Infantry.

He joined the NYPD in 1921 and patrolled on a motorcycle in the 37th and 33rd precincts. Known as “Flash,” Swider would patrol Central Park.

In pursuit of a motorist, he collided with a taxicab. Swider succumbed to the injuries he sustained in the accident on Nov. 1, 1923. A monument to Swider at the Maspeth cemetery was unveiled in June 1924.

“Many of you, who know what a life of service is, and what it means to be selfless and to go out there and courageously protect your communities or protect your country, you understand the sacrifice that these two officers made,” said Jeffrey Maddrey, top left, the NYPD’s chief of Community Affairs.

“Today’s a bittersweet day,” she said. “Like the chief said earlier, we come out here every day and we take pride in what we do. We do it because we want to do it, not because we have to do it.”

Perry said she tells her officers each morning at roll call that they are special.

“That blue line is what gives us the safety, the security so we can all go out, so we can go shopping without worrying about being attacked, to give us that security all the time,” Nunziato said, adding, “I’m so happy that we have that blue line because we would never function without it.”

A century later, the fallen remembered