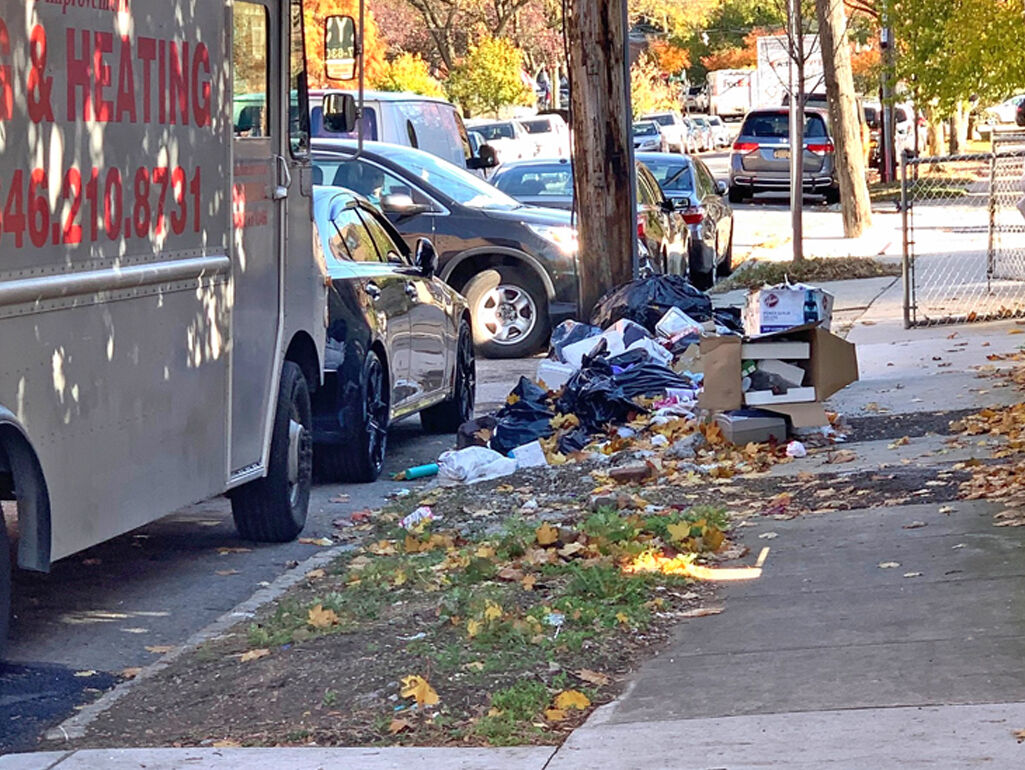 Illegal dumping is plaguing residential areas and Councilman Daneek Miller has allocated $425,000 to prevent the further spread of garbage in District 27, which extends from Queens Village to Jamaica. He has teamed up with the city Department of Sanitation to add cameras in the area and more trash removal services in the district. 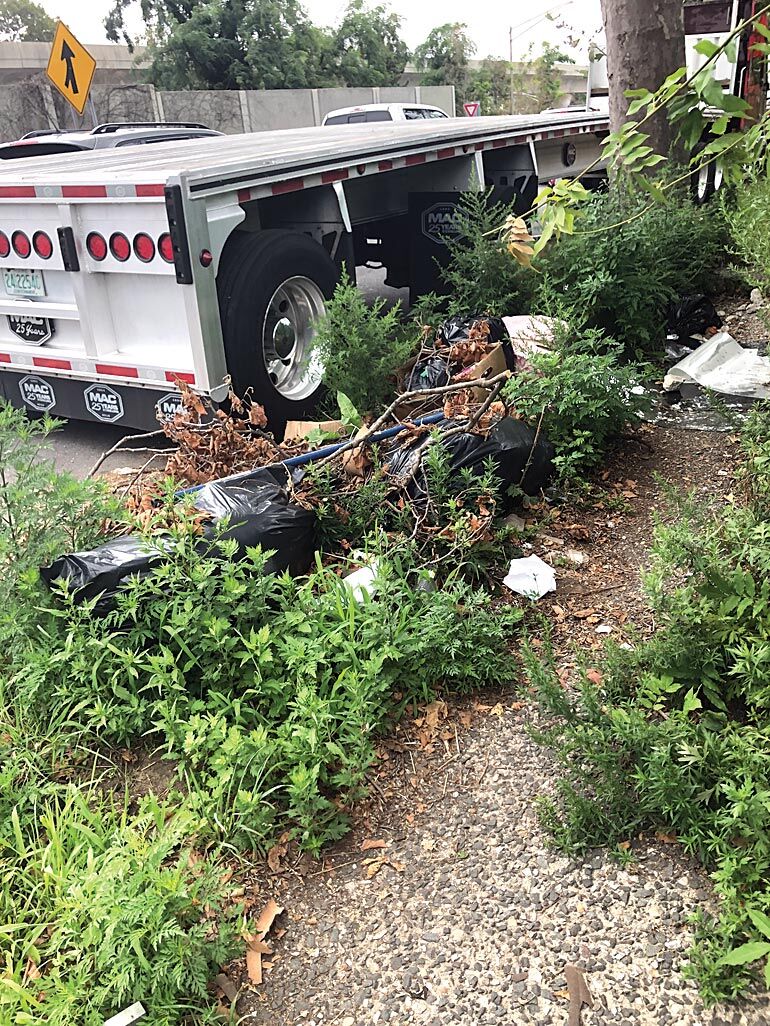 The rise of illegal dumping in residential areas in Eastern Queens has led to Councilman Daneek Miller allocating $425,000 to prevent the further spread of trash.

Illegal dumping is plaguing residential areas and Councilman Daneek Miller has allocated $425,000 to prevent the further spread of garbage in District 27, which extends from Queens Village to Jamaica. He has teamed up with the city Department of Sanitation to add cameras in the area and more trash removal services in the district.

The rise of illegal dumping in residential areas in Eastern Queens has led to Councilman Daneek Miller allocating $425,000 to prevent the further spread of trash.

Councilman Daneek Miller (D-St. Albans) has allocated over $400,000 for fiscal year 2022 toward preventing illegal dumping and cleaning up hotspots where garbage piles up.

The overflow of refuse, including household trash, has led to residential areas being plagued with rubbish, according to Miller.

“We had made progress on illegal dumping pre-pandemic, but unfortunately a combination of factors have contributed to a rise in cases, including the proliferation of bad actors,” said Miller in a statement on Thursday. “As such, certain individuals are now routinely dumping in a number of hotspots within the district.”

The councilman has allocated $125,000 toward cleanup and snow removal services within the district in partnership with the Association of Community Employment for the Homeless.

ACE, a nonprofit program, was founded in 1992 and provides the houseless with job training, counseling, vocational work experience and mental health services while enhancing communities through cleanup initiatives, according to acenewyork.org.

ACE has its headquarters in Long Island City at 30-30 Northern Blvd.

An additional $300,000 is going toward litter basket service, mobile litter patrol and the deployment of cameras at certain locations to prevent illegal dumping and prosecute perpetrators in conjunction with the city Department of Sanitation, according to Miller’s Office. The mobile litter units will provide additional hours of service to address those complaints and restore the level of cleanliness to which residents are accustomed.

“We’re in regular contact with DSNY to identify areas for cleanup, dispatch additional crews and finalize funding for additional sanitation services,” said Miller. “We’re excited to announce this new, aggressive approach to enforcement that will involve the installation of cameras to catch and prosecute illegal dumping at specific locations based on feedback from the community.”

The effort comes as part of a yearlong drive to fund cleanup initiatives in the district after sanitation issues worsened during the Covid-19 pandemic and the community called for additional services, according to Miller’s Office.

To address the issue, Miller also introduced legislation to codify which agencies are responsible for streetscape cleaning and maintenance earlier this year. The bill — Intro. 2409 — would provide clarification on the jurisdiction for upkeep of certain city properties, including center malls, traffic islands, triangles, medians, underpasses, overpasses, safety zones, step streets, pedestrian walkways, sidewalks along with city-owned properties, dead-end streets and areas along arterial highways, railroad or subway lines. It would require the city’s departments of Transportation, Sanitation and Parks to develop and maintain a web-based application to track progress in relation to the maintenance of city assets under each agency’s authority.

“Overall, our long-term solution is a holistic approach that includes a significant investment in sanitation, increasing fines for dumping, working with community partners such as block associations, civics, and introducing legislation that will codify the agencies responsible for maintaining public properties here in the City, which currently has nineteen sponsors,” added Miller.

“We thank Council Member I. Daneek Miller for funding which will go towards additional cleaning services and the purchase of cameras which will better allow us to monitor and enforce illegal dumping activities,” said Mager. “We are happy to share that the additional cleaning services are already underway, and we are planning to order the cameras soon.”

The extra funds will help the DSNY concentrate more on D27, added Mager.

“The Department collects some 12,000 tons of trash and recycling every day, and while we depend on New Yorkers to do their part to keep the city clean, the funding for extra service will allow us to concentrate some extra attention to Queens Community Board 12,” said Mager.