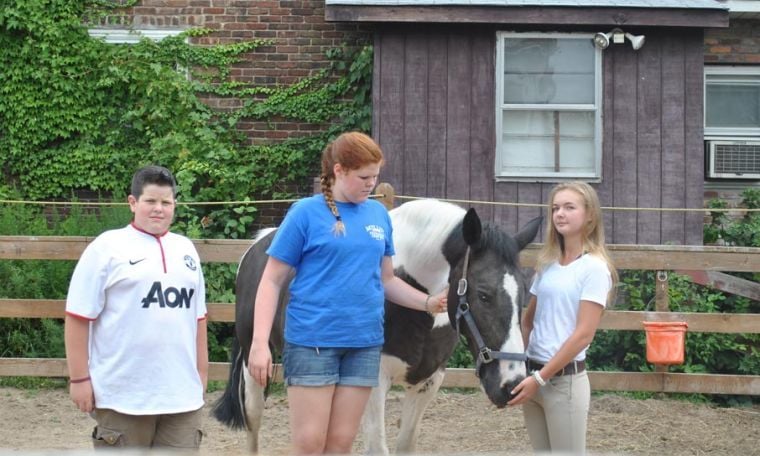 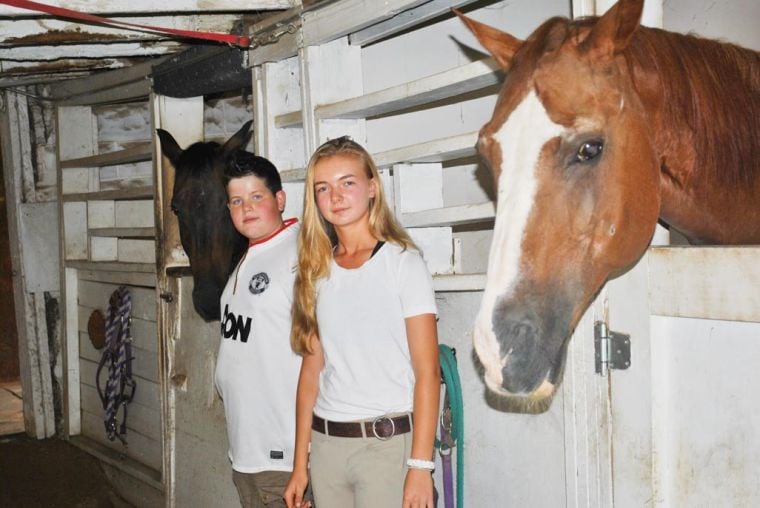 Thomas Darcy, left, and Nathalie Fargo with two of the horses at the Western Riding Club in Fresh Meadows, which is threatened with eviction. 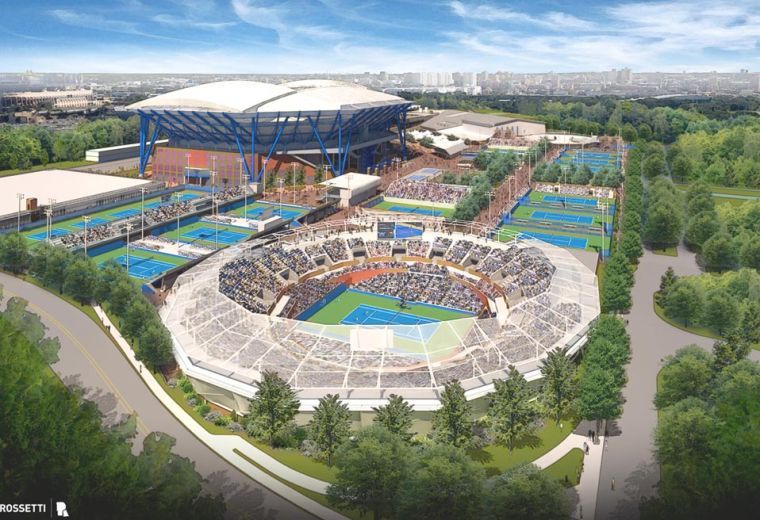 The USTA’s 2018 vision of the tennis center with a retractable roof on Arthur Ashe Stadium, in the background, plus one on the rebuilt Louis Armstrong Stadium, foreground.

Thomas Darcy, left, and Nathalie Fargo with two of the horses at the Western Riding Club in Fresh Meadows, which is threatened with eviction.

The USTA’s 2018 vision of the tennis center with a retractable roof on Arthur Ashe Stadium, in the background, plus one on the rebuilt Louis Armstrong Stadium, foreground.

Joy Tirado is no quitter.

She’s the owner of the Western Riding Club, a traditional stable in a residential neighborhood of Fresh Meadows, who is fighting to keep the facility open. And now its future may rest with a judge who will determine the outcome.

Since May, more than 1,000 area residents have signed petitions to keep the stable open. State Sen. Tony Avella (D-Bayside) tried unsuccessfully to get it landmarked and the Knights of Columbus held a fundraiser so Tirado could hire an attorney.

That’s because her landlord, John Lightstone, 87, who lives in the adjacent house, wants to sell the property to the Reformed Church of America, a Korean congregation. Church members told her they would tear down the barn and turn it into a parking lot and use the house for the church.

She was supposed to be out by the end of July, but the K of C came through with enough money for her to hire an attorney, who filed a legal complaint, and now “everything is on hold,” according to Tirado.

Her lawyer said that Lightstone’s attorney has not yet responded and has 30 days to answer the charges, which include the right of first refusal to purchase as is spelled out in her lease and a good-faith clause, among other issues. It is likely the owner will ask for a 30-day extension beyond that.

With a little breathing room Tirado is hoping to raise funds to buy the property at 169-38 Pidgeon Meadow Road and turn it into a community center and stable. “It would go from the Western Riding Club to It Takes a Village Ranch,” she said.

Tirado would resume giving riding lessons and would turn the house into a center for senior citizens, teens and others, where classes could be held.

“The community has been great and I want to give back,” she said. “Neighbors have become my family. They stop and drop off carrots for the seven horses and water for the kids.”

The kids are area youngsters who help with chores because they want to spend time with the animals. Tirado is prevented from giving riding lessons at this time due to lease restrictions. “If I acquire the property I can do what I want,” she added.

Tirado credits her relatives as well as neighbors and the K of C for keeping her going. “I’m surviving,” she said. “I’m trying to focus on the positive, but it’s hard.”

Keeping up her spirits are the daily visitors who pitch in to help. Sue Whitlock of Fresh Meadows is a retiree who comes almost every day. “I retired three years ago and discovered this place,” Whitlock said. “It’s a benefit to the community and a connection with history.

Thomas Darcy, 11, and his sister, Shauna, 14, have stopped by regularly for the last two years. “It’s a fun place,” Thomas said. “I’ve learned to care for the horses, saddle and groom them.”

Shauna says she has a special place in her heart for horses. “You have to go far away to find another stable,” she said. “This is a very special place for kids to come.”

Nathalie Fargo, 15, of Whitestone, is advocating for the stable to stay open and is using that topic for her Girl Scout Gold Award project, which is similar to the Boy Scout’s Eagle Scout requirement.

“I am working on a website because it’s important for people to learn why it should be kept open,” Nathalie said. “It’s a monument and family-oriented. The place amazes me.”

Tirado noted that the location is part of farmland that dates back 300 years. She is hoping that private investors will help with funding.

Donations can be sent online to: secure.piryx.com/donate/onkncUYd/Joy/West-ern-Riding-Club. Tirado also accepts donations at the stable seven days a week, from noon to 6 p.m.

Property rights are more important than emotions or specious historical claims. If the owner wishes to sell & a church congregation wishes to buy, so be it. Nice "journalistic" manipulation with photos of children & animals ( tough acts to follow). If you like horses so much move on to the zoned equestrian community of Queen Creek, AZ. Otherwise accept the fact that Queens has changed. If you want to have a Western Riding Club, then go west (Oh, wait a minute that would mean leaving the Blue State bubble & facing reality).

Man that stable was there when i was a young kid, used to go along the side of the golfcourse and into kissena park, not living there anymore, is there a suitable place to even go horseback riding anymore in that area ?Back in the fifties they had 5 or 6 horses stabled there !

We REALLY DO NOT NEED another Korean church in north eastern, Queens!! There are WAY TOO many of them! They only want to put up yet another church just to get tax breaks!! There should be a law stating that churches can not be converted from houses, that churches can only be actual buildings and need to be a certain distance apart from each other!! If you really want to sell it, atleast sell it to people who would put something useful up there to benefit everyone!!

Just what Queens and this area needs, no not schools or maybe small businesses like a horse stable. No we need more Korean churches!!!
Are these people for real with these churches, there is so many already. Koreans aren't doing to much for any other member of the communities where they live only for their own people is of interest. Why move to the USA, you should just stay in your own country and be surrounded by your nations people.
The owner of the property is selfish and greedy. Try to work out some deal or give the owner a little more time to raise the money. [sad]