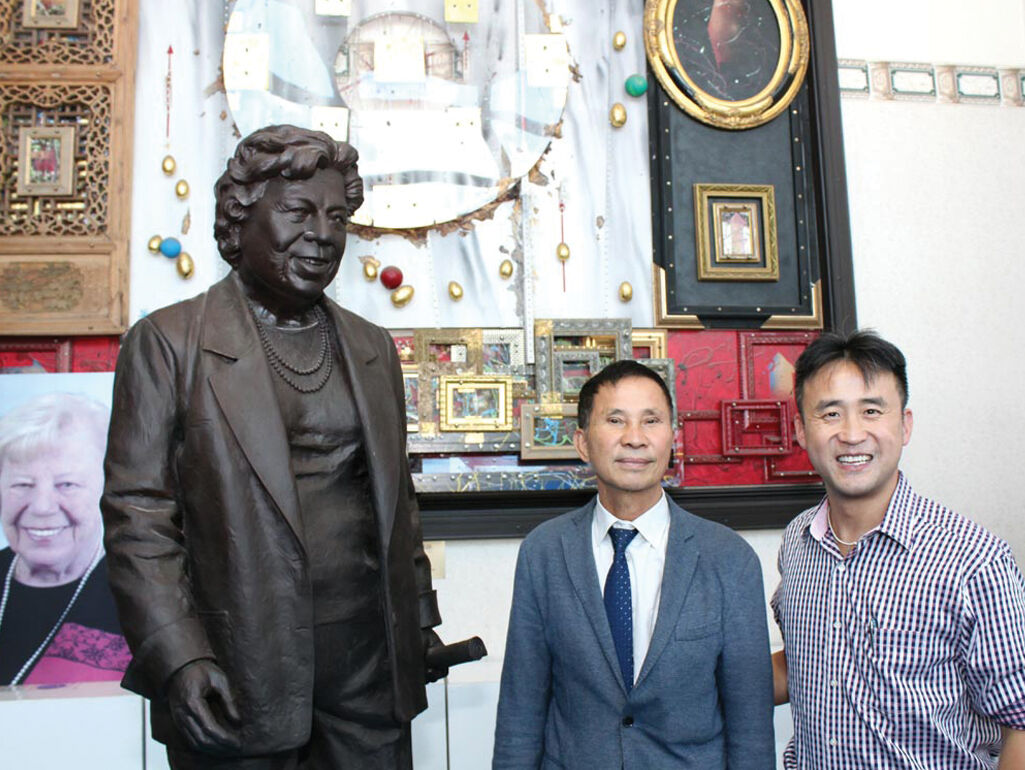 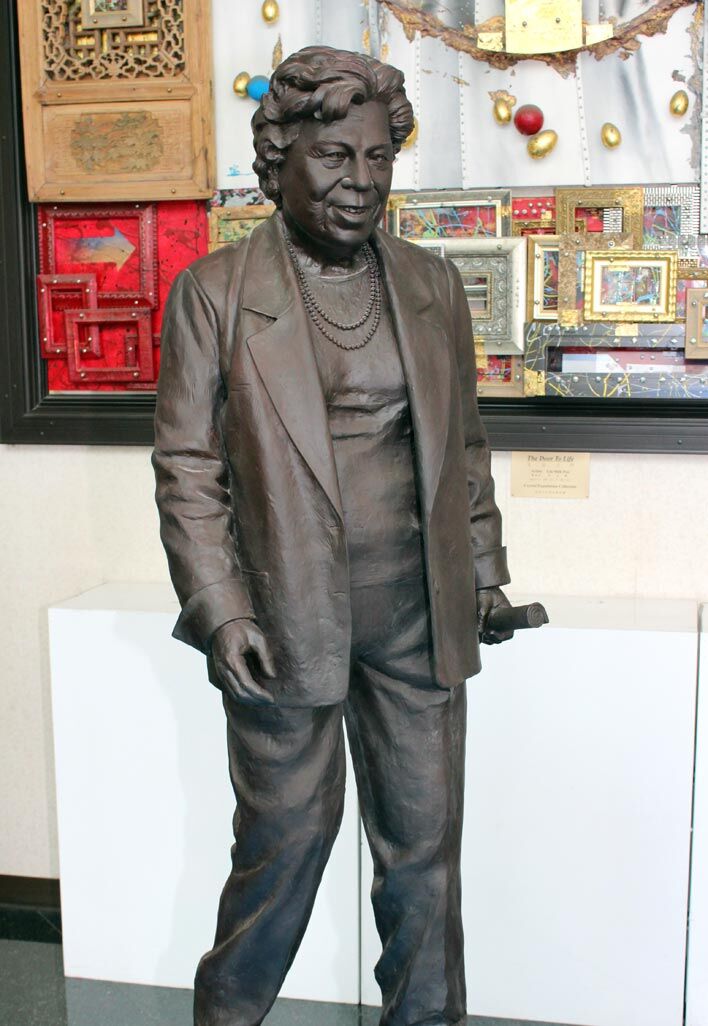 A bronze statue of the first female Queens borough president was unveiled in College Point Oct. 7.

A six-foot tall sculpture of Claire Shulman was revealed by Thomas and Steven Chen, the respective founder and president of Crystal Window and Door Systems, last Thursday to celebrate the late politician’s lifelong dedication to small business.

“When I was starting my window manufacturing company in Queens, Claire helped me avoid many of the typical setbacks immigrant entrepreneurs face,” Thomas said in a statement. “She encouraged me to take executive business courses, engage reputable service providers and suppliers, and make Crystal Windows a good corporate citizen.”

The bronze statue will remain on view for the public at the Crystal Windows headquarter’s main lobby, at 31-10 Whitestone Expy., through Oct. 22. Then, it will be moved to the Chens’ private oasis, Crystal Park, in Duchess County.

The statue unveiling was celebrated with a reception, in which various elected officials and civic leaders shared their favorite memories of Shulman.

According to Thomas Chen, Shulman had served as his mentor when he was expanding his business in the borough. She helped him create relationships with city agencies so he could open a new factory, and the relationship evolved into friendship, which lasted beyond Shulman’s time in office.

Chen had intended to honor the two’s friendship even before Shulman’s August 2020 death. Several years ago, he was inspired to commission sculptures of the friends who had helped him in his journey to success. Shulman, he said, was the obvious first pick.

Chen commissioned Taiwanese sculptor Yutien Chang in 2019, who met with Shulman. The former borough president was depicted in motion to represent her never-resting determination during her time as a leader.

Shulman served as the borough president from 1986 to 2002 after years as a civic leader and community board chairperson. She had been deputy borough president under Donald Manes, but took over his role after he committed suicide while under scrutiny over a corruption scandal. She then was elected to continue serving three times.

After exiting the Queens office, she became a board member for what was then New York Hospital Queens in Flushing and founded the Flushing-Willets Point-Corona Local Development Corp., which supported the redevelopment of the area.

Unfortunately, Shulman passed after a battle with cancer before the statue was completed. She was 94.

“I was thrilled Claire was able to visit Crystal Park in October 2019 to see the location selected for her statue along a wooded path overlooking the lake,” Chen said.

When the statue is moved to the 200-acre private nature preserve, it will be placed on an 18-by-8-foot metal pathway base in the shape of the infinity sign, which also symbolizes Shulman’s “continuous drive forward.”