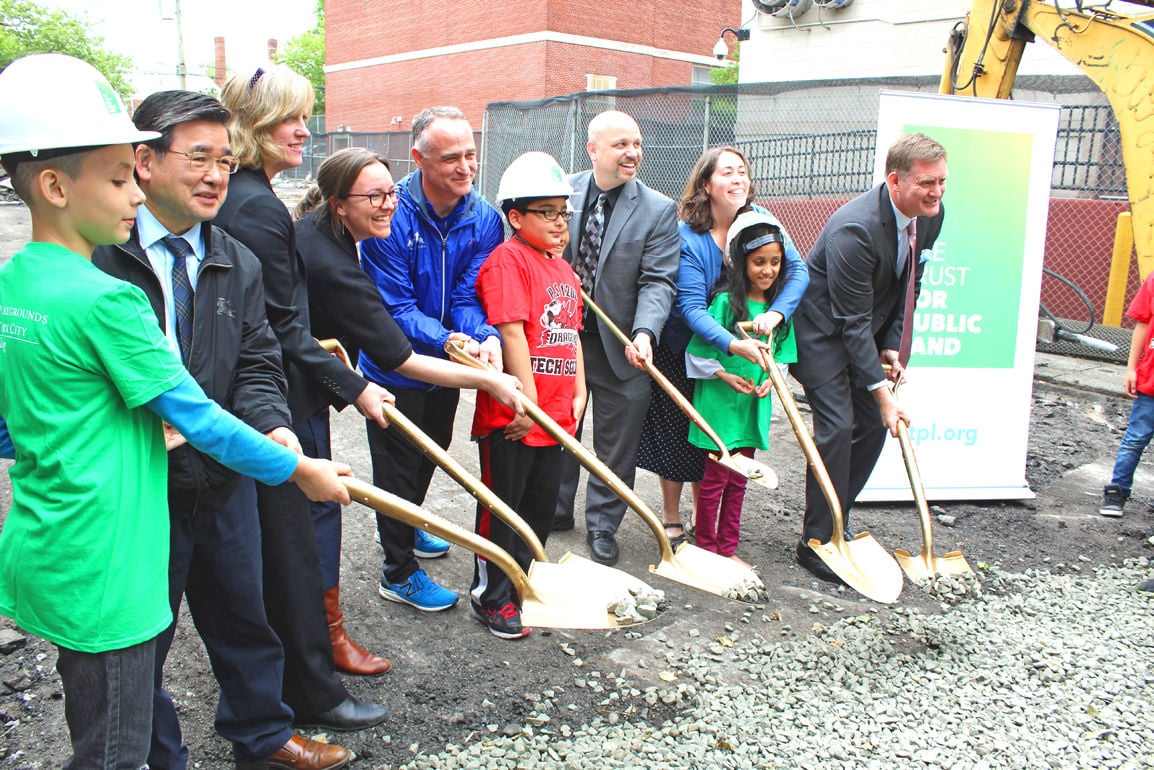 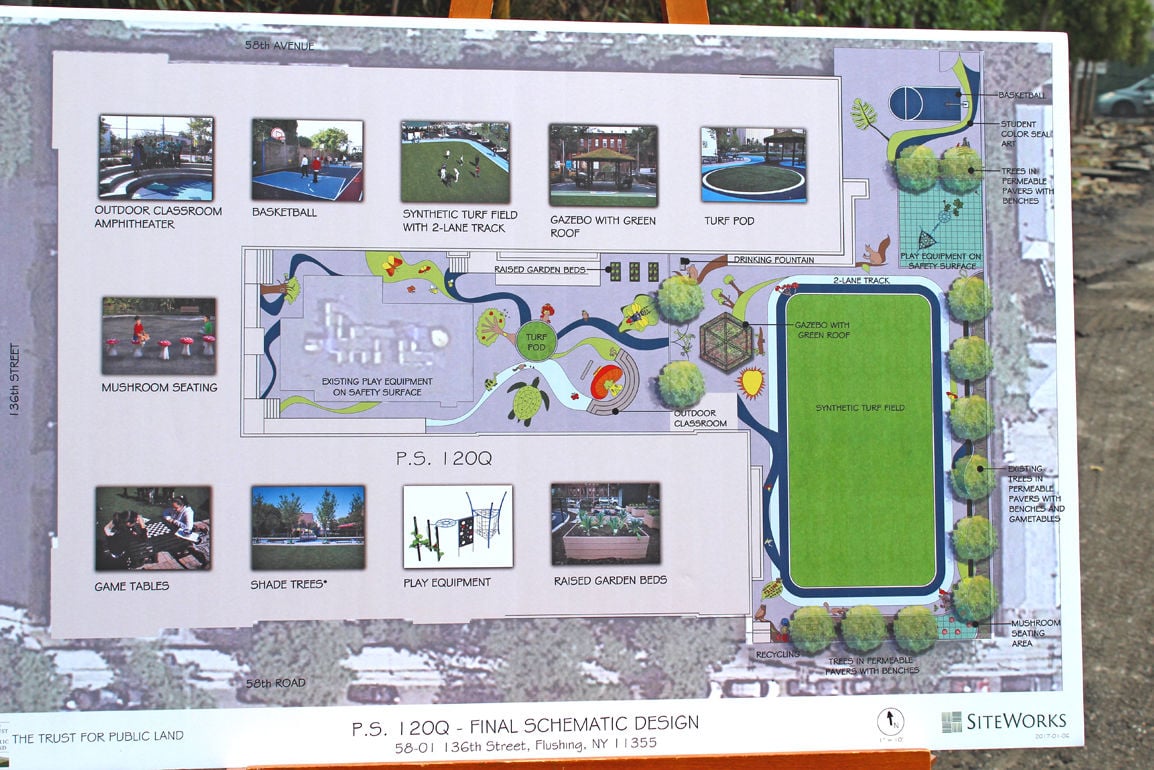 PS 120 in Flushing is getting a new green playground, the rendering for which is above, New York Road Runners announced on Wednesday.

The playground, which will replace an older one, will be open by the end of the year. In the top photo, students joined community leaders — Councilman Peter Koo; Borough President Melinda Katz; Kerry Lowe of the Department of Environmental Protection; NYRR President and CEO Michael Capiraso; PS 120Q Principal Robert Marino; along with Mary Alice Lee and Carter Strickland of The Trust for Public Land — to break ground at the site.

Students at the school helped design the playground.