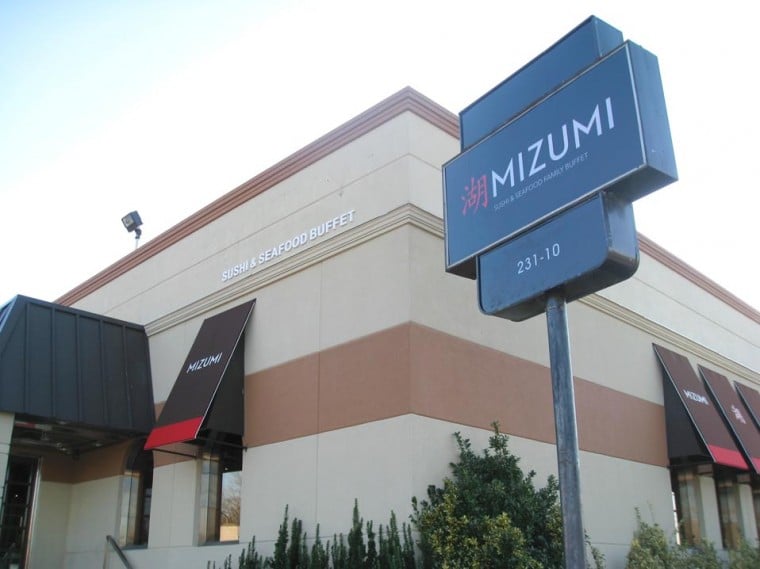 Mizumi is an oasis for food lovers on Northern Boulevard in Douglaston. 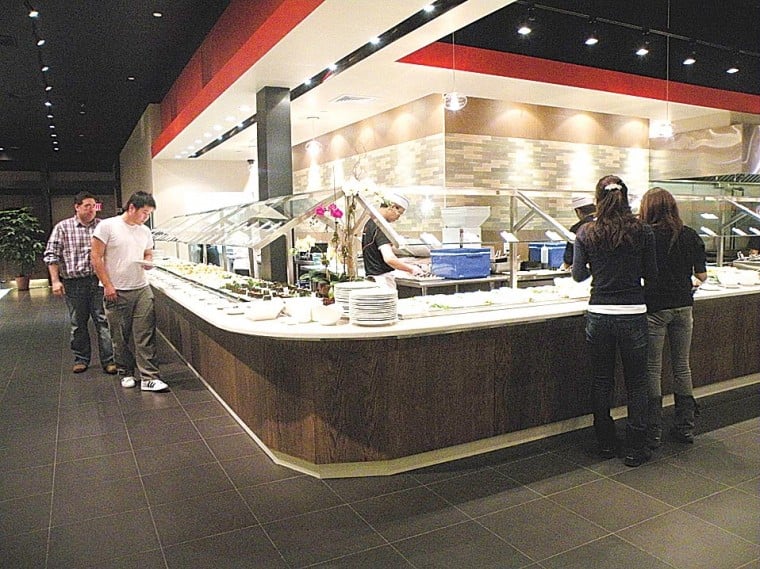 Making choices at Mizumi in Douglaston is difficult because there are so many selections.

Mizumi is an oasis for food lovers on Northern Boulevard in Douglaston.

Making choices at Mizumi in Douglaston is difficult because there are so many selections.

You will never be disappointed at this mile-long buffet filled with treasures of the sea that has something for everyone.

Restaurateur Edward Chiang is Chinese but lived for many years in Korea, according to his son, Ken Chiang, who runs the establishment. Chiang Sr. operated a successful Korean eatery in Flushing, but wanted to try something different.

The restaurant, which means “lake” in Japanese, is located in the former P & B’s Seville diner and is as tranquil as it sounds with a minimalist modern decor. The food combines the best in Asian cuisine with a dollop of American and European selections.

If you’re expecting a chafing dish buffet with dried-out food, forget it. Mizumi uses marble slabs at various stations to divide the hot and cold selections, sushi and desserts.

The restaurant prides itself on high quality sushi and sashimi and produce. The large number of dishes varies from day to day, depending on what’s fresh and in season, according to Ken Chiang. And there’s plenty to choose from with 75 sushi selections, 30 cold entrees and salads and 50 hot dishes, including soup.

With sushi as the star, my guest raved about the Mount Fuji, consisting of shrimp tempura, cucumber and avocado, topped with spicy tuna, also the Kamikaze, a combination of crab, avocado, spicy kani (crabmeat) and shrimp with citrus sauce.

The night we were there, the salads ranged from Caesar to spicy Korean kimchi to watercress with black sesame seed dressing.

Soups were outstanding. The snow crab soup was fabulous. Other selections included seafood congee and tonkotsu ramen noodles with fish on skewers that can be customized to your taste.

There were seafood and fish aplenty in cold and hot appetizers and entrees. Just some were raw clams and oysters, crab legs, tuna tartare, sea urchin, crabcakes, mackerel, teriyaki salmon, calamari, shrimp and mussels, most prepared in a variety of ways.

The wait staff was both helpful and efficient, clearing our plates regularly and delivering beverages, including beer, wine and sake.

If you have room for dessert, that doesn’t disappoint either. The night we were there the offerings included tiramisu, cheesecake, green tea cake, coconut pudding — which was delicious — and the all-American favorite, red velvet cake.

Don’t overlook the frozen yogurt machine, where you dish out taro or green tea flavors.