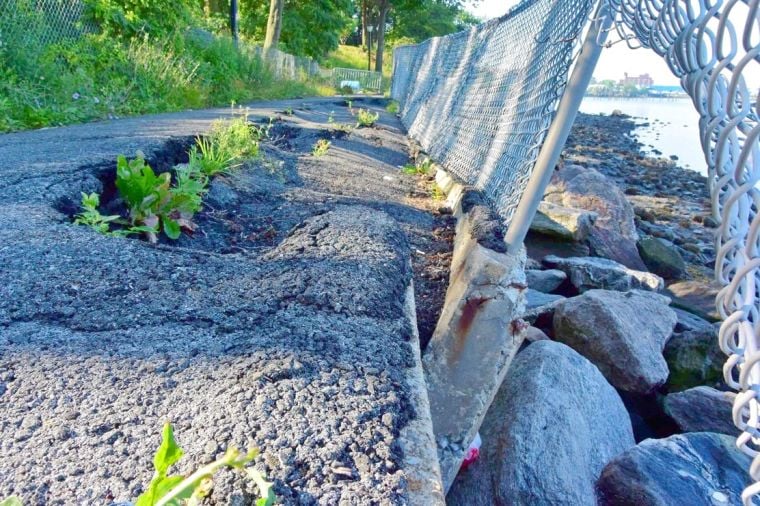 Uneven pathways caused by sinkholes generated by the deteriorating seawall at MacNeil Park in College Point make walking a hazard in certain areas. The broken fence does not keep fishermen out either. 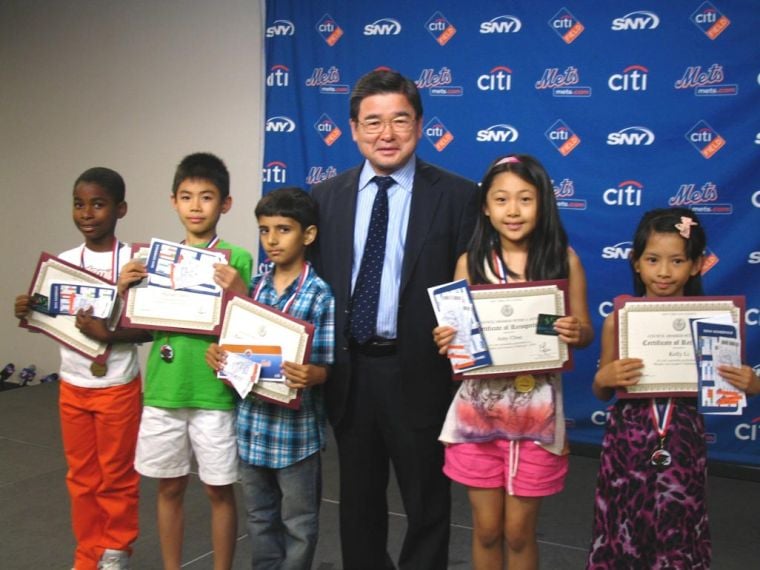 Uneven pathways caused by sinkholes generated by the deteriorating seawall at MacNeil Park in College Point make walking a hazard in certain areas. The broken fence does not keep fishermen out either.

The long-neglected crumbling seawall at MacNeil Park in College Point is slated for restoration beginning next summer.

That’s the word from the Parks Department on the $2.5 million project that will involve reconstructing the most damaged portions of the esplanade and seawall, to include a step-down at the jetty, a fishing overlook and beach-kayak access.

The projects design is complete and the city agency is getting ready to submit the plans to the state Department of Environmental Conservation for approval, according to Parks spokesman Philip Abramson.

Marilyn Bitterman, district manager of CB 7, said that the project has been on their budget request list since 1993. “They are constantly doing maintenance work on the seawall, but it’s only a stop gap measure.”

Additional fencing has been erected by the city and warning signs put up to protect the public. Sinkholes that have appeared on the path around the park have been patched with asphalt, but the surface is uneven.

Bitterman continues to be concerned about the city’s liability should someone get hurt in the area. “But I’m extremely happy the work will be done, the sooner the better,” she said.

Kathryn Cervino, who with her husband founded the Coastal Preservation Network, have been pushing for seawall updates for years. The College Point couple holds regular cleanups at MacNeil Park and offers kayaking to the public from time to time.

“I know it’s a long process by the city, but if we have to wait one more year to vastly improve the park, it’s worth it,” Kathryn Cervino said. “It’s long overdue and I can’t wait.”

She, like Bitterman, is concerned about the potentially dangerous conditions there, especially for the fishermen. “And the pathways are dangerous too, with gigantic holes and gaping areas desperately in need of repair,” she said. “It’s an accident waiting to happen.”

In addition to the $2.5 million project, Councilman Paul Vallone (D-Bayside) recently announced an allocation of $100,000 to be used later to supplement the Phase 1 funding at MacNeil. It will go to repairing sections of the seawall not included in the Phase 1 work as well as fixing the walking paths and the fencing around sections of the seawall.

In related news, Vallone’s office announced other park allocations in his district:

• An $80,000 allocation to Frank Golden Park in Bayside, along with the borough president’s $500,000, will go to help the Shannon Gaels Football Club and Parks to upgrade utilities, erect an 8-foot-high fence around the perimeter with a retractable ball stop fence behind the goal posts and regrade and resurface the playing fields.

• A $1.15 million upgrade to Bowne Park in Flushing for a tot playground, adding water fountains and upgrading the filtration system in the pond and restoring asphalt pathways and lawn areas.