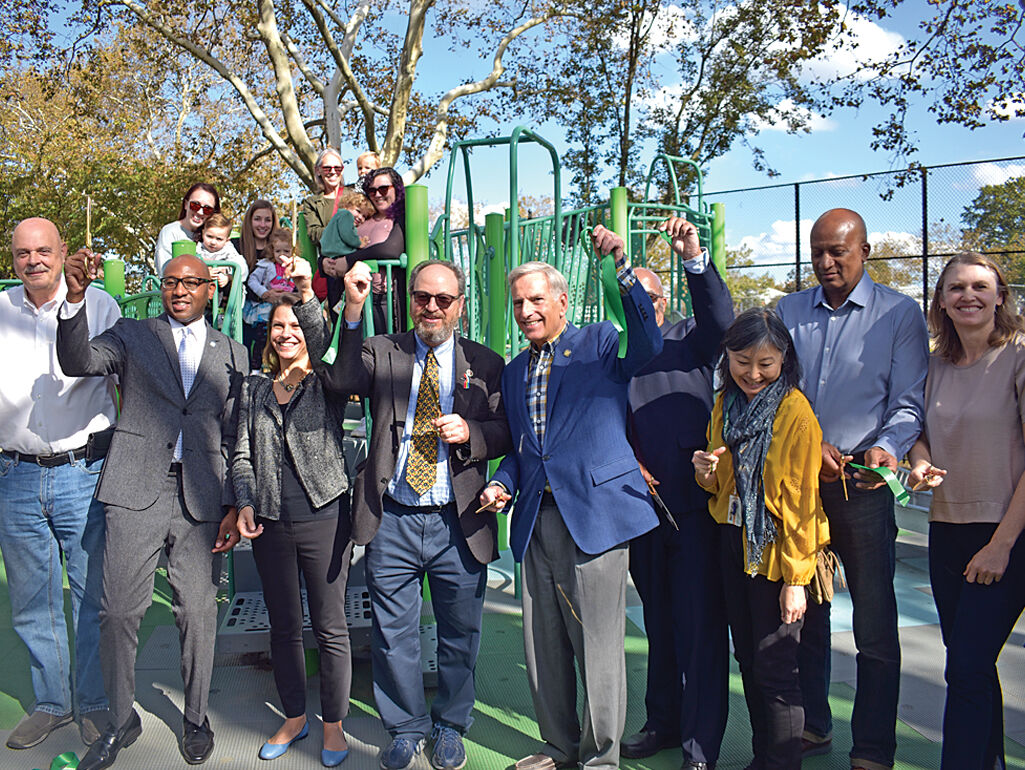 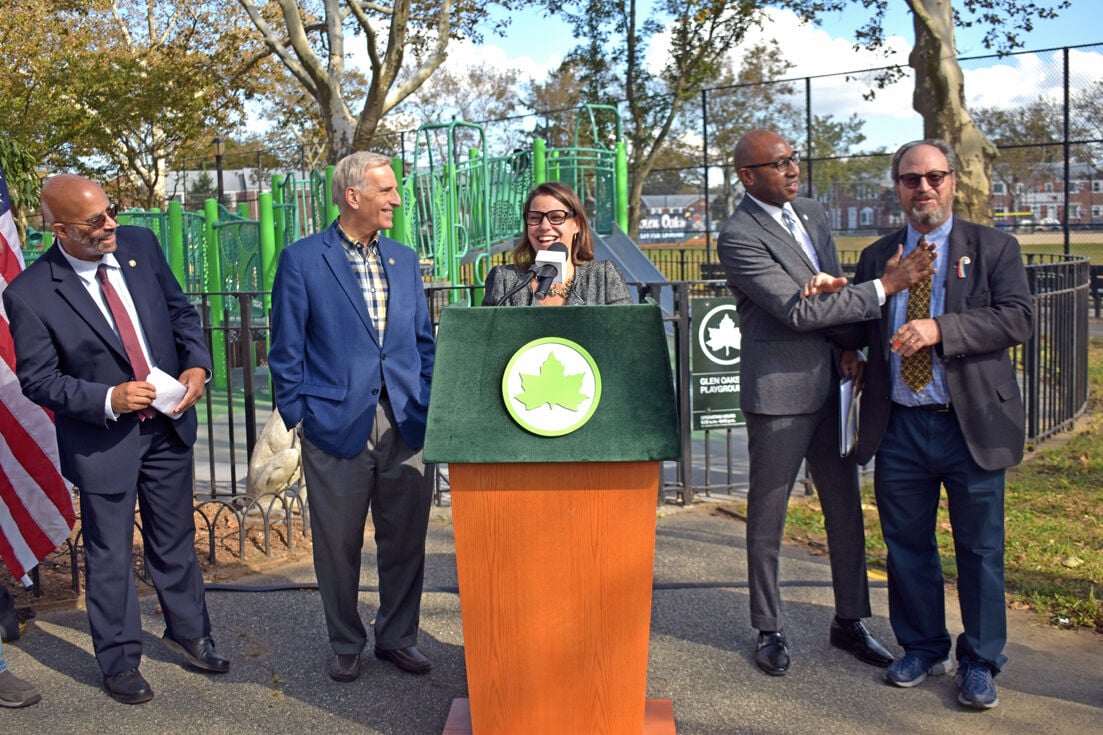 City Councilmember Barry Grodenchik (D-Oakland Gardens) clutched his chest in shock as if suffering a heart attack after hearing that a Parks Department project was finished five months ahead of schedule.

He and other city leaders, including Gabrielle Fialkoff, the new city Parks commissioner, celebrated the rare occurrence by unveiling the Glen Oaks Oval Playground Oct. 22 with a ribbon cutting.

“Coming out of this pandemic, we didn’t have a choice but to rediscover our neighborhoods, and our parks were a big part of that,” said Queens Borough President Donovan Richards. “If you walked into any park, and continuously walk in parks, you see that our parks are much more heavily engaged by our children ... The pandemic proved to us how important it is to invest in our parks.”

The project for the 74th Avenue and 260th Street park wrapped up in April 2021, nearly half a year earlier than expected. It was constructed in just seven months rather than the projected year.

The playground was completely rebuilt with new play structures and colored safety surfacing representing a pond, where the neighborhood’s beloved tortoise statues stand.

The park’s basketball court was replaced with an adult fitness center. Equipment was installed on the opposite side of the park from the playground, along with painted agility games for adults.

The upgrades came at the behest of the community, Fialkoff said. The leaders gave special thanks to Bob Friedrich, the Glen Oaks Village Co-op president, who led the charge for the park’s revamping. Friedrich had noticed adult fitness equipment in other parks throughout the city and wanted to bring some to his neighborhood. He drafted a proposal with designs and prices and sent it to Grodenchik, who helped secure $1.5 million from former Queens Borough President Melinda Katz.

“That’s my favorite kind of project. I didn’t have to put any of your taxpayer dollars into it! And it’s early,” said Grodenchik.

Though it finished early, the project had been in the works for a while. The design began back in 2017.

Fialkoff noted that the timing of competition made the project that much more special — rather than opening to the public right before the cold weather rolled around, the community was able to use the new equipment all summer.

“For it to finish while we’re still in and recovering from the pandemic is very meaningful for this community,” Fialkoff told the Chronicle. It was one of her first trips to Queens in her new role as the city Parks head, which she stepped into in September.

“Whole families can be here and use the different equipment and celebrate this, so being able to deliver this project early for the community, for the spring, summer, fall, we’re thrilled about. We really hope that it creates more bonds and more family time and memories and community time,” Fialkoff continued.