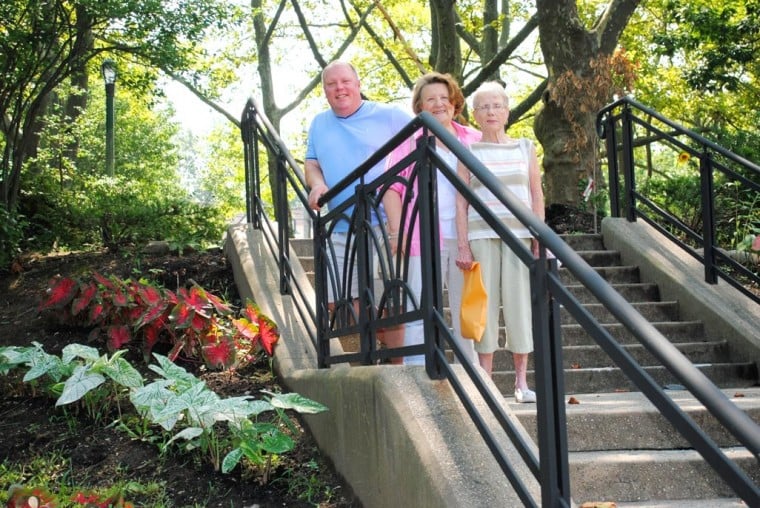 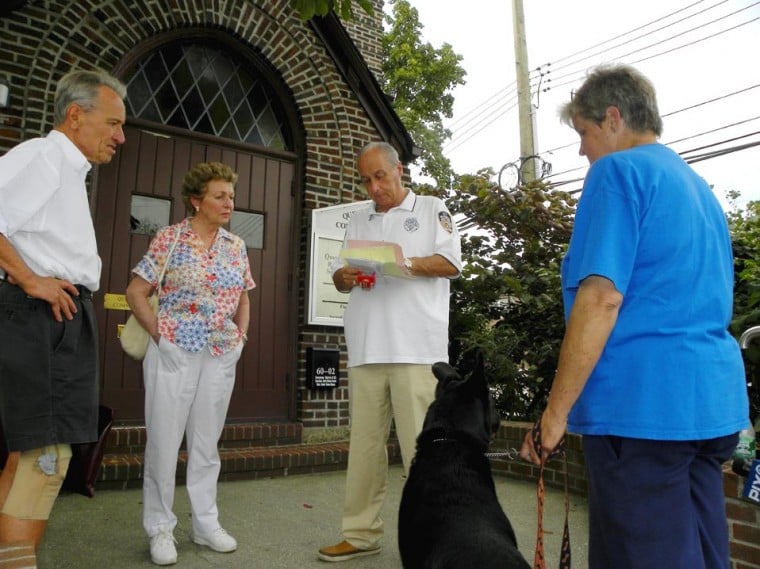 Anyone driving through Douglaston can’t miss the lush plantings in Catharine Turner Richardson Park. Don’t thank the Parks Department because in reality a group of volunteers actually maintains it.

About half the 100-plus members of the 86-year-old Douglaston Garden Club help plant bulbs, bushes and flowers twice a year. Its president, Douglas Montgomery, is there weekly, watering, putting in new plants and otherwise overseeing the less than one-acre site located at Douglaston Parkway, 240th Street and 42nd Avenue.

The park, which is named after a former garden club president, civic activist and historian, is triangular in shape and was adopted by the club in the 1970s. The group pays $4,000 a year to maintain it, counting on its bake and tag sales and donations that Montgomery solicits.

Members have planted hundreds of daffodil bulbs, daylilies, hydrangea, shrubs and more to brighten and green up the space. “Recently, we spruced up the stairs and planted wildflowers and sunflowers on one side and caladium on the other,” Montgomery said. “We want year-round color there.”

In the fall, aside from the usual cleanup, the group will power wash the park benches and put in plantings for the spring. Montgomery would like to add a shade garden in one corner and raise funds for a sprinkler system for the garden areas. “We need approval from the city,” he said. “Now, it’s hard to keep some of the plants alive in the summer just depending on rain.”

Bridget Mladinich, who has been a club member for 15 years, said joining was a great way to meet people when she first moved to the community. “It’s nice to keep the area looking good,” she added.

Montgomery would like additional younger members to join, who can be more active with the work involved.

President of the group since last year, the real estate broker is determined to keep the park beautiful since it’s the entrance to Douglaston.

Montgomery is also a member of Community Board 11 and was instrumental in getting a farmers market in Douglaston.

Because of his efforts, the Little Neck-Douglaston Lions Club just named him 2012 Man of the Year. He will be honored at a dinner in November.

People interested in joining the garden club can call Montgomery at his office at (718) 279-8762. Expect to get your hands dirty.