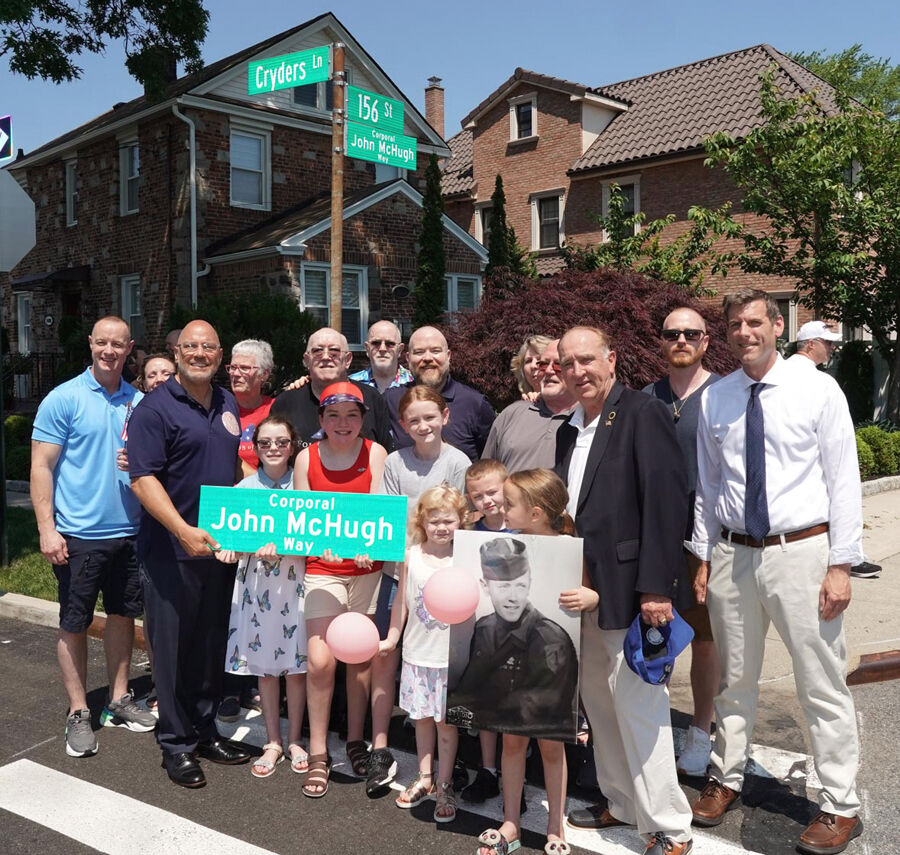 McHugh’s decendants and civic leaders celebrated the war hero’s legacy June 6, the anniversary of D-Day, by erecting a street sign in his honor. 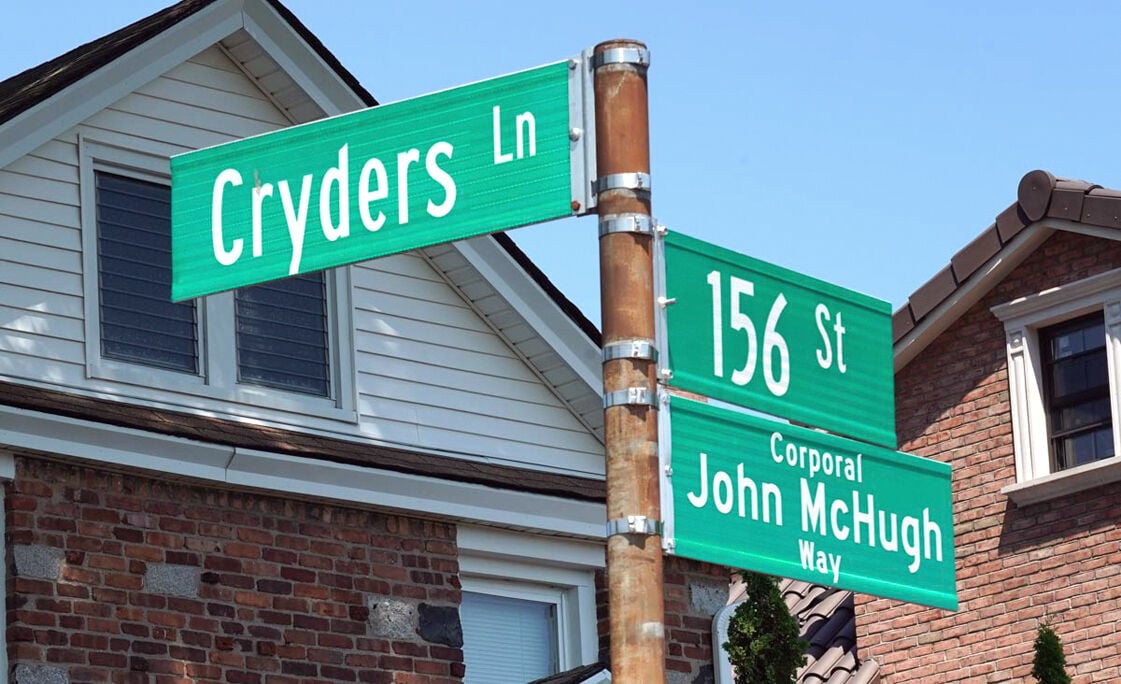 McHugh’s decendants and civic leaders celebrated the war hero’s legacy June 6, the anniversary of D-Day, by erecting a street sign in his honor.

A sign denoting “Corporal John McHugh Way” was erected on the corner of 156th Street and Cryders Lane last Sunday, June 6. Dozens of community members, leaders, war veterans and those close to McHugh celebrated the co-naming on the 77th anniversary of D-Day, the battle McHugh bravely fought in, earning numerous accolades for his valiancy.

“Cpl. John McHugh was the epitome of bravery, and truly emblematic of what it meant to be a part of the Greatest Generation on the 77th anniversary of D-Day” said City Councilmember Paul Vallone (D-Bayside). “This will stand to remind future generations of the sacrifice and courage of Cpl. McHugh and ensure that his legacy endures.”

The decorated veteran died July 21, 2019 at the age of 95. The proposal to co-name the street he and his family lived on for 65 years was made by Vallone shortly after, though there had been strong advocation to honor the hero while he was still alive. A petition with 1,000 signatures and support by the neighborhood’s civic leaders wasn’t enough to break City Council rules that an honoree must be deceased for his or her name to be memorialized on a city street.

When he was just 20 years old, McHugh was in one of about 156,000 troops deployed to Normandy on June 6, 1944. He was in the second wave of American troops to land at Omaha Beach that morning. He had been carrying a tripod for a 30-caliber machine gun, but the man carrying the weapon itself was killed, leaving McHugh weaponless to crawl on the sand throughout the entire invasion.

The action didn’t end there. McHugh fought in other historic battles of Hurtgen Forest, Aachen, Crucifix Hill and the Bulge. Even after the war, he remained in the Army of the Occupation for several months until he was honorably discharged in 1945 with the rank of corporal.

For his remarkable service, McHugh earned the Silver Star for gallantry in action and the Bronze Star for meritorious service. He was also given the European Theatre of Operations ribbon, the Combat Infantryman Badge and two Presidential Unit Citations. Even Belgium honored McHugh with a Fort Eger badge. In 2014, he was inducted into the state Senate Veterans Hall of Fame and was an honoree at the Little Neck-Douglaston Memorial Day Parade.

McHugh moved to Whitestone in 1955 and worked in various careers throughout his life, including as a Transit Authority conductor, a private investigator and in security. He left behind a large family, many of whom participated in the Sunday morning ceremony.