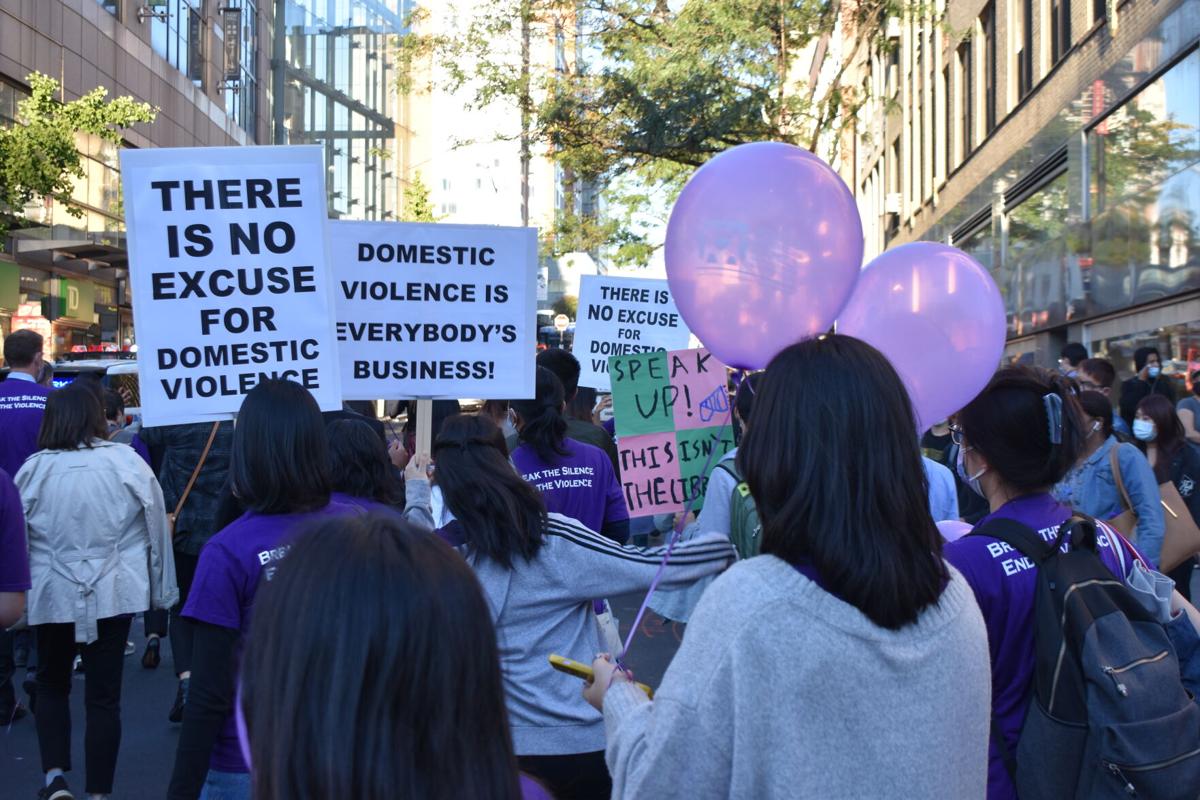 The 24th annual Silent March Against Domestic Violence concluded with a rally at the 109th Precinct. 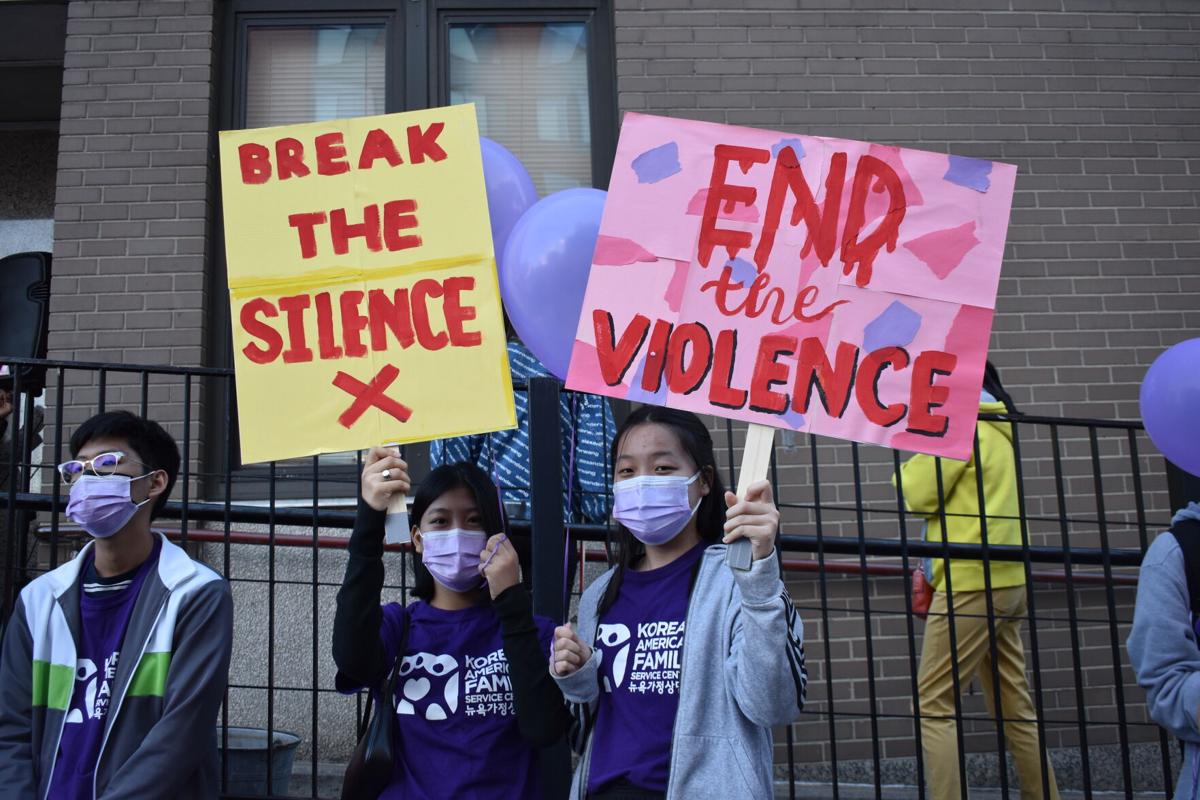 The 24th annual Silent March Against Domestic Violence concluded with a rally at the 109th Precinct.

Dozens participated in the 24th annual Silent March Against Domestic Violence Oct. 1 to honor survivors of gender-based abuse. Officers from the 109th Precinct escorted the marchers through traffic, as participants handed onlookers information packets loaded with hotline numbers, shelter addressed and other resources for those suffering from domestic violence.

The march concluded with a rally in front of the 109th Precinct, where participants broke the sustained quiet to openly discuss the epidemic that domestic violence has become and eradicate the stigma that victims should keep their abuse a secret.

The Friday demonstration was hosted by the Korean-American Family Service Center, and according to Executive Director Jeehae Fischer, may have also been the most meaningful.

“We keep seeing this and it has to stop,” said Fischer, adding that the callers often suffer from a plethora of other pandemic-related struggles, such as anti-Asian American discrimination and job loss. “Our survivors need help and support more than ever. That’s why we’re standing here in solidarity together.”

According to the National Coalition Against Domestic Violence, nearly 20 people per minute are physically abused by an intimate partner in the U.S. During one year, that adds up to more than 10 million women and men.

In the 109th Precinct, the numbers are just as staggering.

State Sen. Toby Stavisky (D-Flushing) reported that there were 1,263 cases of domestic violence in the precinct during the 2020 calendar year, which equates to about three or four cases a day. She said there are approximately 960 known domestic offenders in the 109th Precinct, 25 of whom are chronic offenders.

Stavisky’s aides unearthed the numbers through their own research after discovering they were unavailable through the NYPD’s Compstat page. She chastised the department for neglecting to disclose the statistics, and said she’d be writing a letter to police leaders for more transparency.

“I think the NYPD citywide ought to be reporting domestic violence issues,” Stavisky said. “They list some things such as grand larceny auto on their Compstat numbers — those are cars. Cars can be replaced. Survivors have special problems and they really ought to be included when we talk about domestic violence.”

Every precinct does have its own Domestic Violence Unit, which 109th Commanding Officer Capt. John O’Connell encouraged all area residents to utilize if they find themselves to be a victim of abuse.

“The 109th Precinct is here for you and you’re not alone,” the captain said from the precinct stairs. “You’re not hopeless. You’re not alone. We can help you.”

O’Connell said there are three things that prevent people, domestic abuse victims and others, from calling 911. None, however, should prevent someone from getting the help they need, he said.

The first is immigration status. The police will not ask a 911 caller what their status is.

Language also prevents victims from calling 911, the commander continued. When non-English speakers call for help, all they need to do is tell the operator the language they speak and they will be transferred to an operator who can talk with them.

The third thing that prevents people from calling 911 is the embarrassment of having police cars with flashing lights and sirens come to their home, O’Connell said.

“They don’t want the police to come to their home. We don’t have to come to your home,” O’Connell said, adding that the NYPD can meet callers on the corner, at a restaurant, at a friend’s house, etc. “It doesn’t have to be an invasion. Your neighbors don’t have to know.”