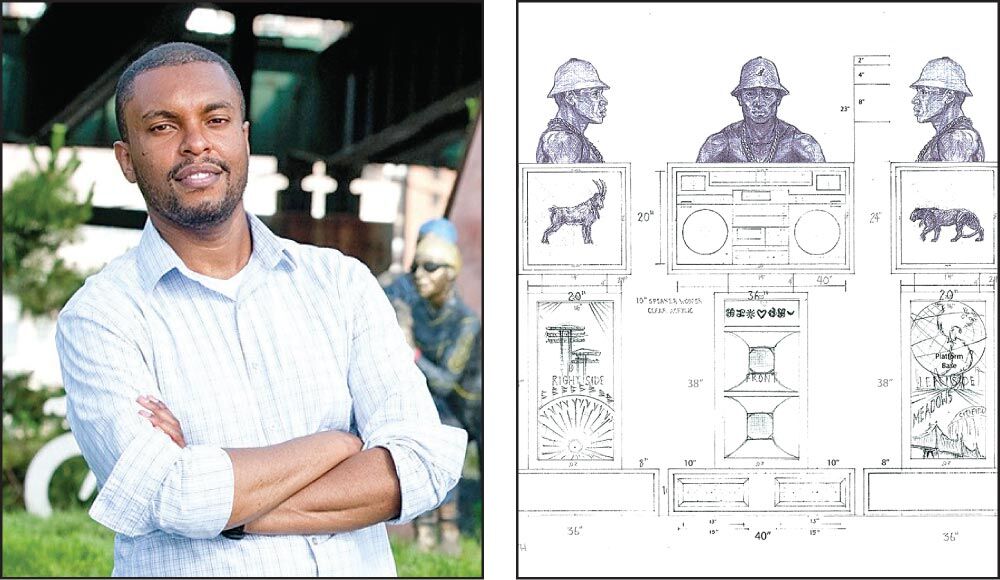 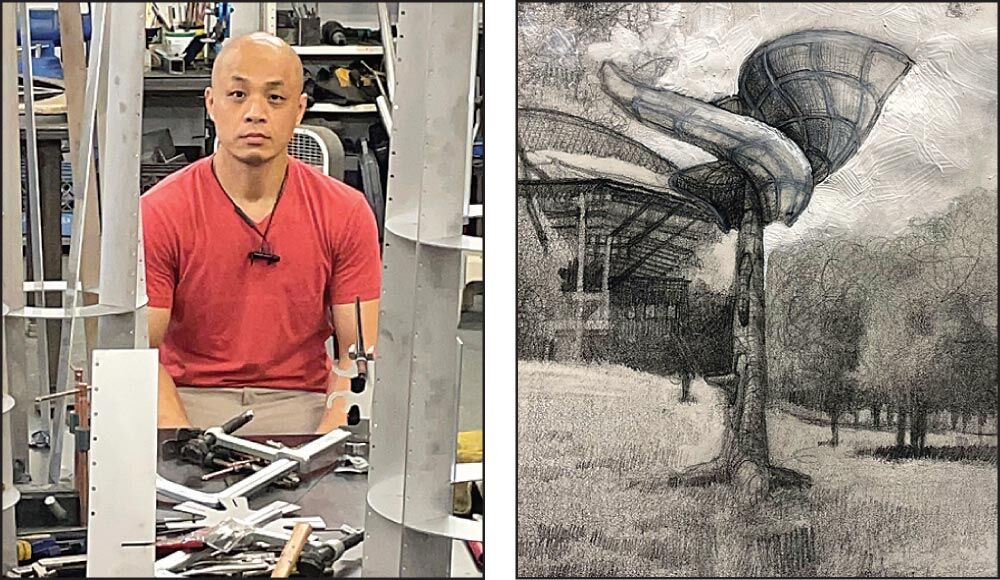 For the third year in a row, $10,000 has been granted to two Queens artists to install their original sculptures at Flushing Meadows Corona Park. This year, both will be made of high-tech components.

The Alliance for FMCP announced July 7 that Sherwin Banfield, top, and Haksul Lee have been awarded $5,000 each to bring their art to life. Both installations will be on view for a full year beginning this fall.

Banfield’s “Going Back to The Meadows: A Tribute to Queens Hip Hop Legend LL Cool J and Performance at FMCP” will be installed at David Dinkins Circle, which lies near the boardwalk ramp entrance to the park from the No. 7 train entrance at Mets Willets Point.

In a release from the Alliance for FMCP, Banfield described the tribute as “a sculptural sonic performance artwork that evokes the feeling of Flushing Meadows Corona Park as an event space, channeled through the sonic frequency and artistry of Queens hip-hop legend LL Cool J.”

The second installation, Lee’s “The Giving Tree,” will be located on the lawn bounded by Herbert Hoover Promenade, United Nations Avenue North and Avenue of the Americas.

Lee’s structure will be made of recycled materials collected locally. The top will function as a wind turbine to generate the electricity for a streetlight effect and power a charging station built into the tree’s trunk.

The artist describes it as taking the form of a tree, “to bring awareness of the environmental concerns in the Queens community.”

The grants are funded by the city Parks Department’s Art in the Parks program. The agency began collaborating with the Alliance for FMCP in 2019.

“The Art in the Parks: Alliance for Flushing Meadows Corona Park Grant supports the creation of site-specific artworks by Queens-based artists for designated locations within Flushing Meadows Corona Park that would benefit from more cultural programming,” Alliance Executive Director Janice Melnick said in a statement. “The grant is intended to help transform these selected sites into art destinations through a series of rotating exhibitions, with supporting events and programs.”

The art grant was not the only one awarded to the alliance last week: The group was also chosen for an NYC Green Relief and Recovery Fund allocation from the City Parks Foundation. It is one of 64 park groups to split $2 million set aside for the basic maintenance and operations within heavily used parks and other open spaces during a busy summer and fall with the city’s reopening.