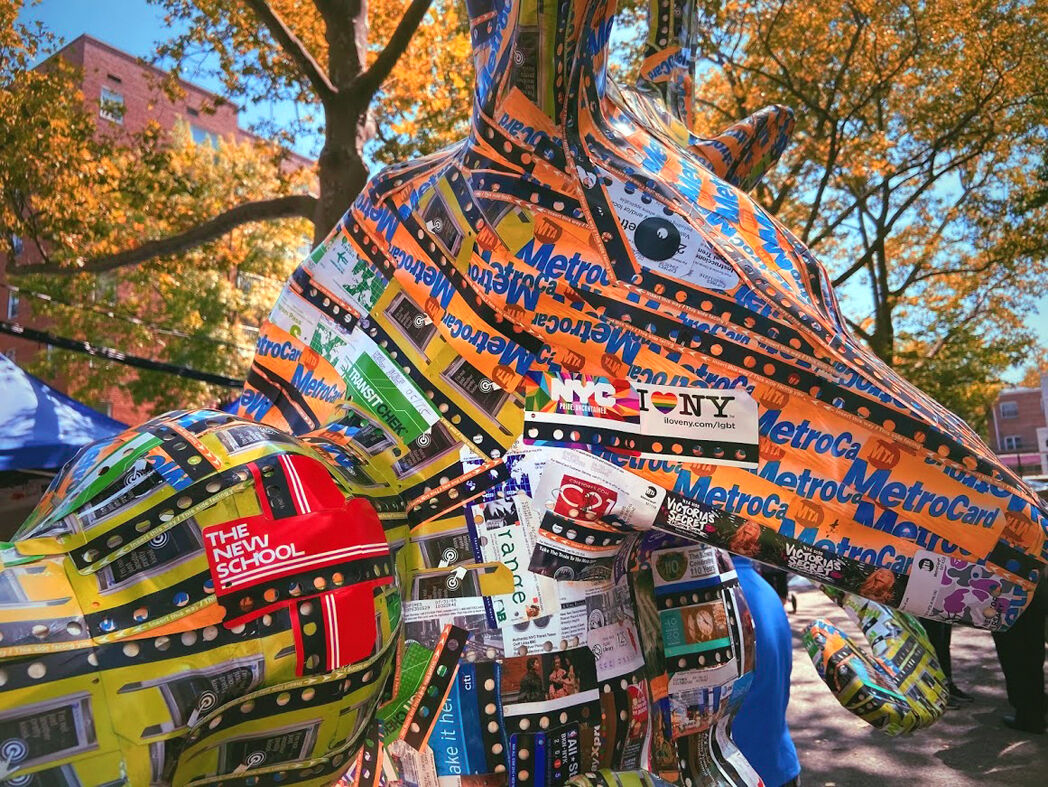 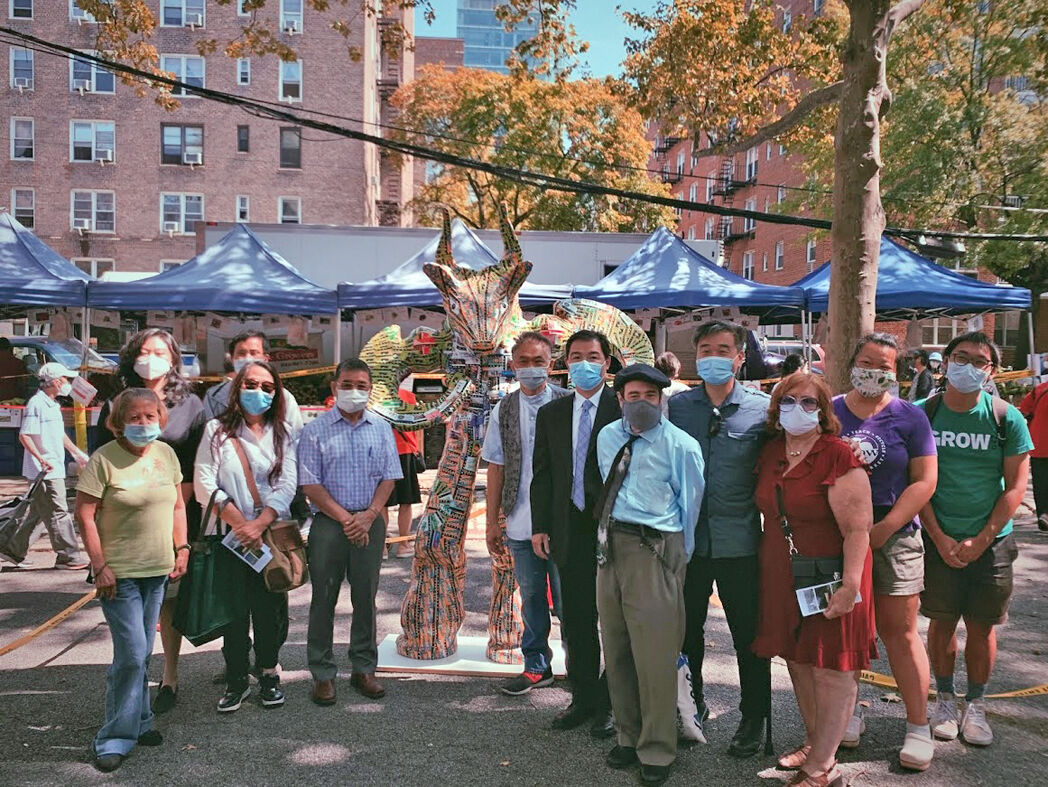 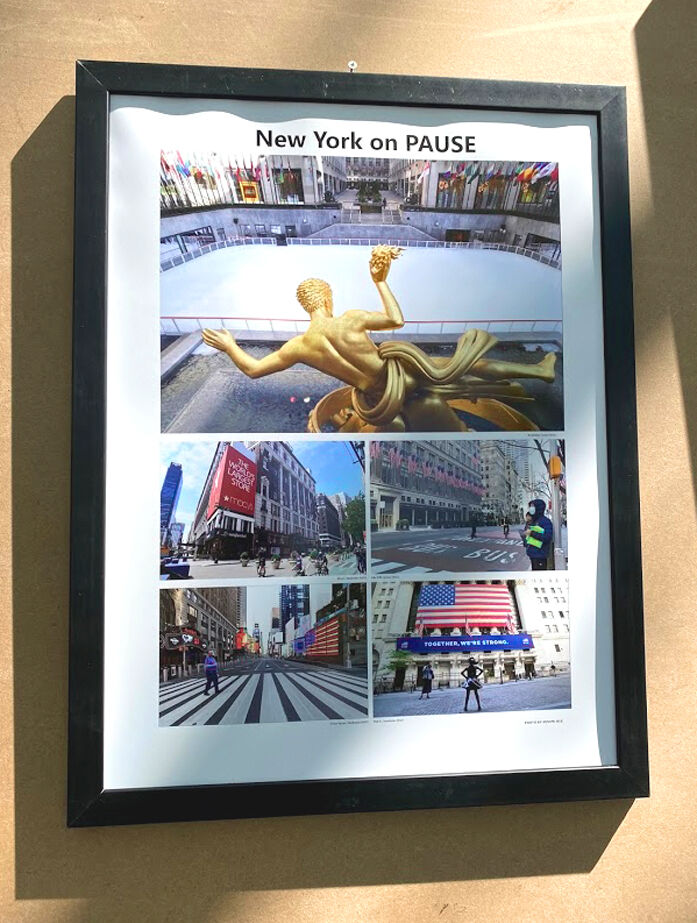 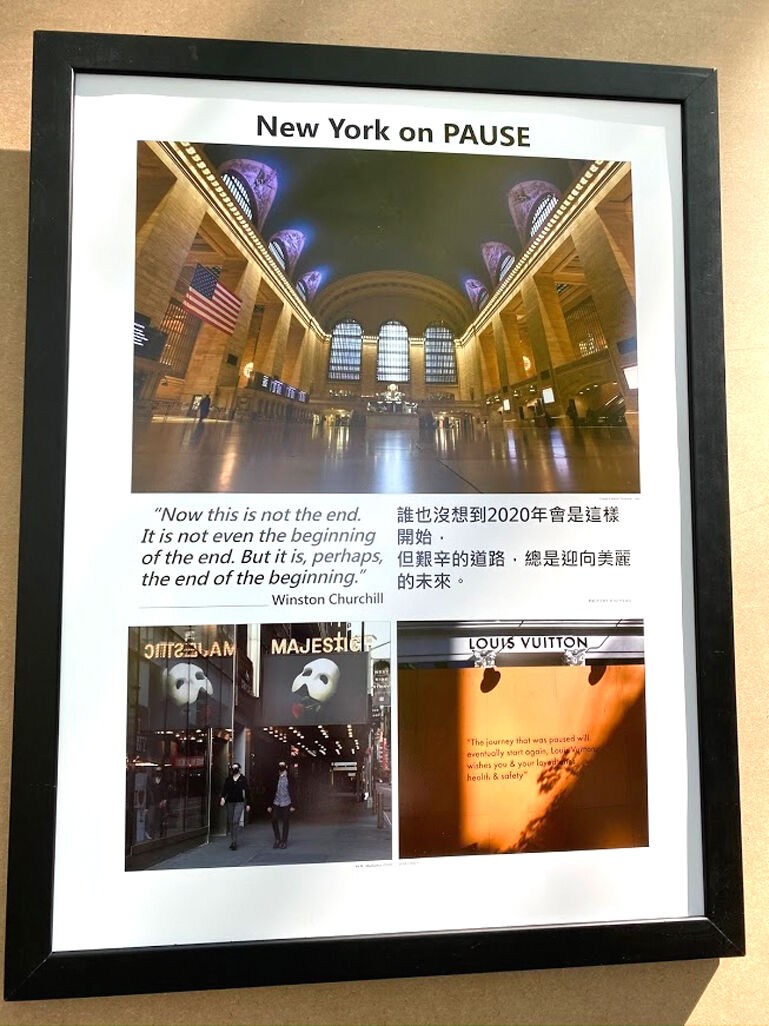 An art installation, “Museum Without Doors,” was launched at the Flushing Greenmarket Aug. 26 in an effort to bring art and culture to the community during the pandemic.

The project, facilitated by the Greater Flushing Chamber of Commerce, New Inspiration Cares, Crystal Windows and GrowNYC, is located at Maple Playground in Flushing, at 136-50 Maple Ave. It is accessible during greenmarket hours: every Wednesday from 8 a.m. to 3 p.m. until Nov. 24.

The first installment of the exhibition features artist Shih Pao Lin’s “Bull King.” The sculpture, conveying the message of love and peace to all New Yorkers, is made entirely from recycled materials from Crystal Windows and 3,000 MTA MetroCards donated by people from all sectors of society.

Also featured are photographer Joseph Hsu’s works from his “New York on PAUSE” series. The four photographs depict vivid images of the city during the pandemic, following Hsu’s documentation of city life in Midtown Manhattan, Flushing and other neighborhoods during the past four months.