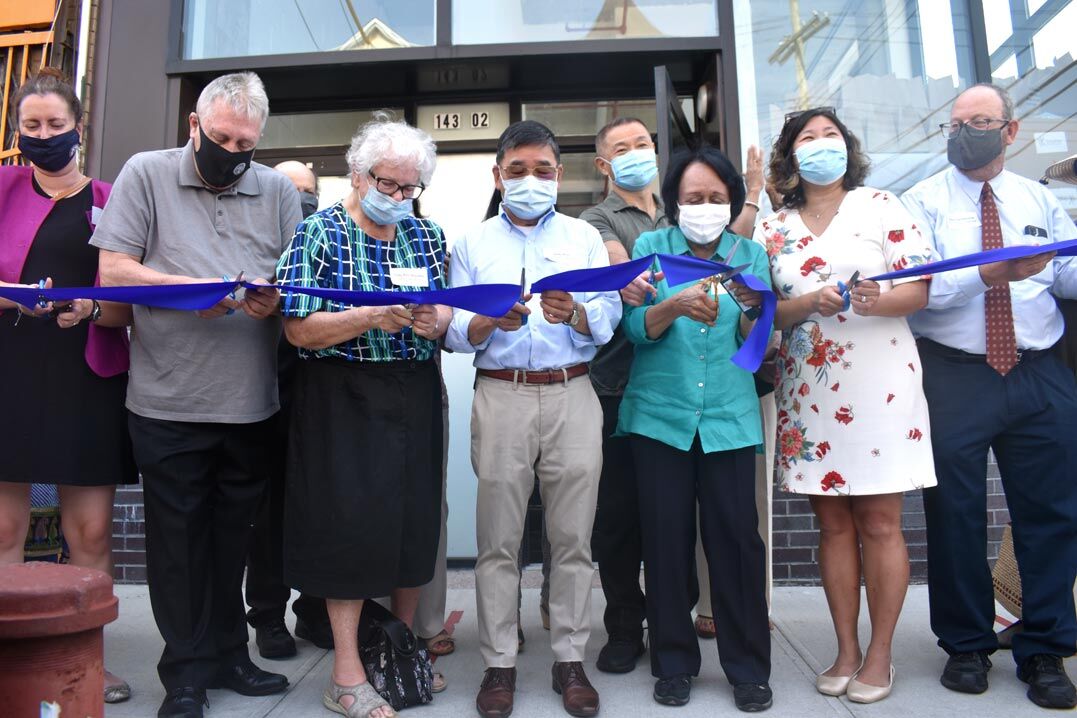 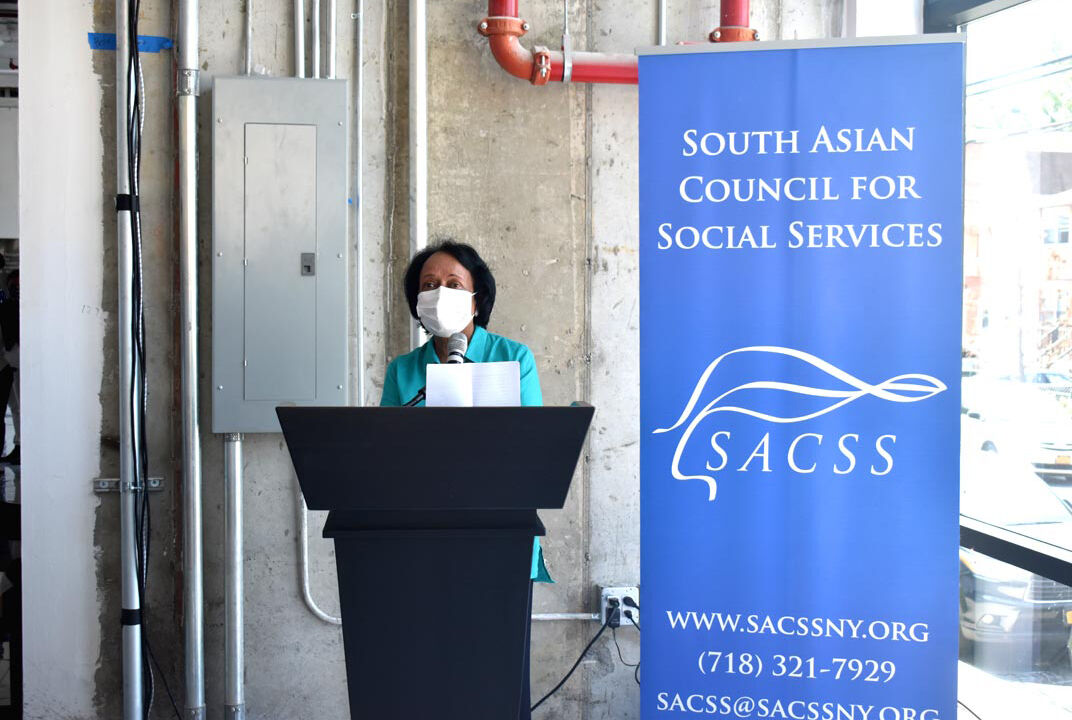 The new facility, at 143-02 45 Ave. in Flushing, lies two doors down from its original, smaller space. It will open to the public in the fall, and potentially as soon as next month.

“This pandemic has had a devastating impact on our community. In fact, it has made the need for this space greater than ever,” said Sudha Acharya, SACSS’ executive director.

The nonprofit offers a plethora of free programs geared toward the underserved members of the community, particularly immigrants, but its clientele expanded drastically since Covid-19 struck.

“During the height of the pandemic you literally kept people alive,” said City Councilmember Barry Grodenchik (D-Oakland Gardens), stating that people from his district traveled the short distance to SACSS to get the help the nonprofit offered.

More than 30,000 people struggling to feed their families, pay their bills, stay healthy and survive the pandemic visited the location during 2020, SACSS reported. Acharya said that over 1,100 visited the center’s food bank just last week.

“They never rested. They worked every single day to help literally feed and save the lives of people in our community,” said Rep. Grace Meng (D-Flushing).

Because of its focus on immigrant communities, the center offers South Asian food items, such as staples, pulses and spices, and is hoping to expand to halal and kosher options in the future. SACSS offers services across 18 languages.

Meng pointed out that the center’s work went beyond feeding its neighbors. SACSS worked to get immigrant families, who are typically underrepresented, counted in the Census. Because of the center’s advocacy, Meng said, Queens was the second-most responsive borough in New York City in last year’s Census.

The nonprofit has been working with the underserved community members, particularly immigrants, out of its small, one-story space for 20 years. Its administrators have been looking to get into a larger facility in order to expand its operations for several years, but always fell just short of funding.

The new center finally came to fruition thanks to $1.5 million from the Queens Borough President’s Office and $1.5 million from City Councilmembers Peter Koo (D-Flushing), Grodenchik, Danny Dromm (D-Jackson Heights) and Rory Lancman.SACSS also raised $1 million on its own.

The new center is a two-story building with a finished basement. SACSS will continue operating out of its old, one-story space until the move is complete next month.

“This is an incredible space. We’re so lucky to have it. As long as I’ve been in office we’ve been talking about this space,” said Assemblymember Nily Rozic (D-Fresh Meadows), who joked that SACSS unofficially serves as her office’s second location. “SACSS, as all of you know, is always on the front line.”