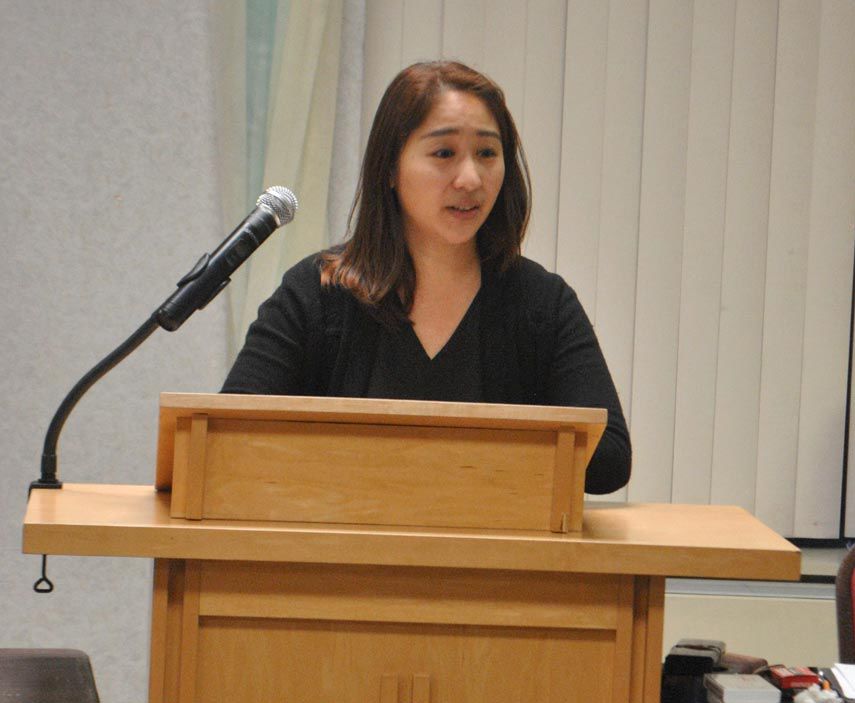 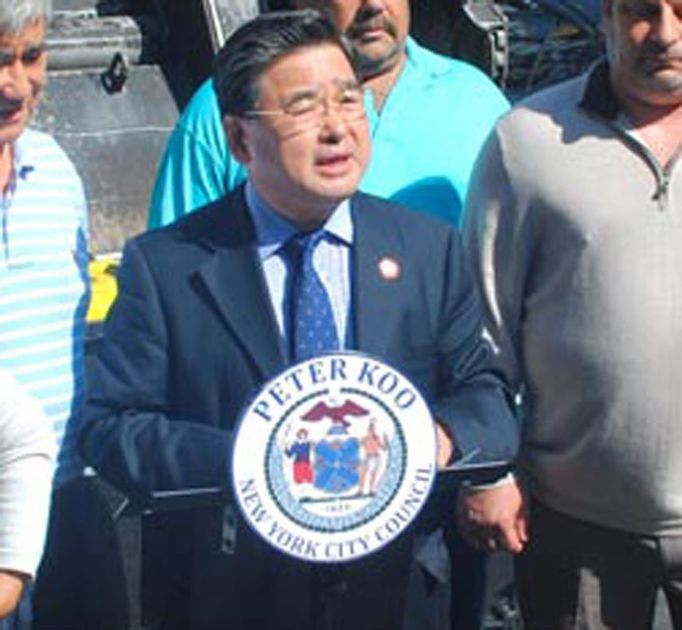 Community Board 7 member Alison Tan thinks Councilman Peter Koo (D-Flushing) is a "nice person." But, announcing her bid to unseat him at Monday's board meeting, Tan — the wife of Assemblyman Ron Kim (D-Flushing) — said she favors a more aggressive approach.

"I don't want to be a nice person," she said. "I want to be a Council member in the City Council and a force to be reckoned with as an angry mom. And that's why I hope that I can count on your support."

Tan told the Chronicle that she will challenge Koo as a Democrat in a September primary.

A mother of two young children, the CB 7 member hates having to shield them from Downtown Flushing's quality-of-life issues.

"I'm tired of worrying that my kids can't be accommodated at my local school district, which is busting at the seams," the candidate said during the board's public participation time. "I'm tired at the lack of sanitation in Downtown Flushing, where literally, on a windy day, you can walk through Downtown Flushing and garbage hits you in the face."

Navigating a stroller through the area's extremely congested streets has tired Tan. As has subjecting her children to "the air pollution and the noise pollution from our constant, constant, traffic congestion. And of course, our two lovely airports." The possible health effects of living near the highly polluted Flushing Creek, Tan added, are also a major concern.

The candidate said that she often complains to Kim about the issues, but they "are mostly addressed at the local level through our city government, through our City Council."

While denying that she had "all the solutions" to the complex issues affecting the district, Tan pointed to her experience in the finance sector — according to her LinkedIn page, the candidate is a managing director at real estate capital advisory firm Ackman-Ziff — to demonstrate that she is a capable, accountable worker.

There are, Tan pointed out, performance reviews in her industry "where people hold you accountable to the job that they pay you to do.

Tan, who moved to the United States from China as a child according to World Journal, has not yet filed papers with the Campaign Finance Board. For the challenger, matching Koo's fundraising will be an uphill battle: his estimated balance on the CFB website is listed as $137,025.

The Flushing hopeful is far from the first CB 7 member to run for office. Several board alumni are elected officials, as First Vice Chairman Chuck Apelian and others pointed out: Councilman Paul Vallone (D-Flushing), state Sen. Tony Avella (D-Bayside), former Councilman John Liu and even Koo himself, who first won his seat in 2009 as a Republican but then switched parties.

In at least one way, the first vice chairman quipped, Tan already resembled a lawmaker: "Sounds like you have the qualities of an elected official: You went over your speaking time."

Seems like her firm, Ackman Ziff, invested in and backed big money developers. Now she wants to negotiate for us against these special interests? Why the change of heart? #politicalOpportunist #hypocrite #7billionrealestatedeals#WallStreeterWantsToCleanUpMainStreet.