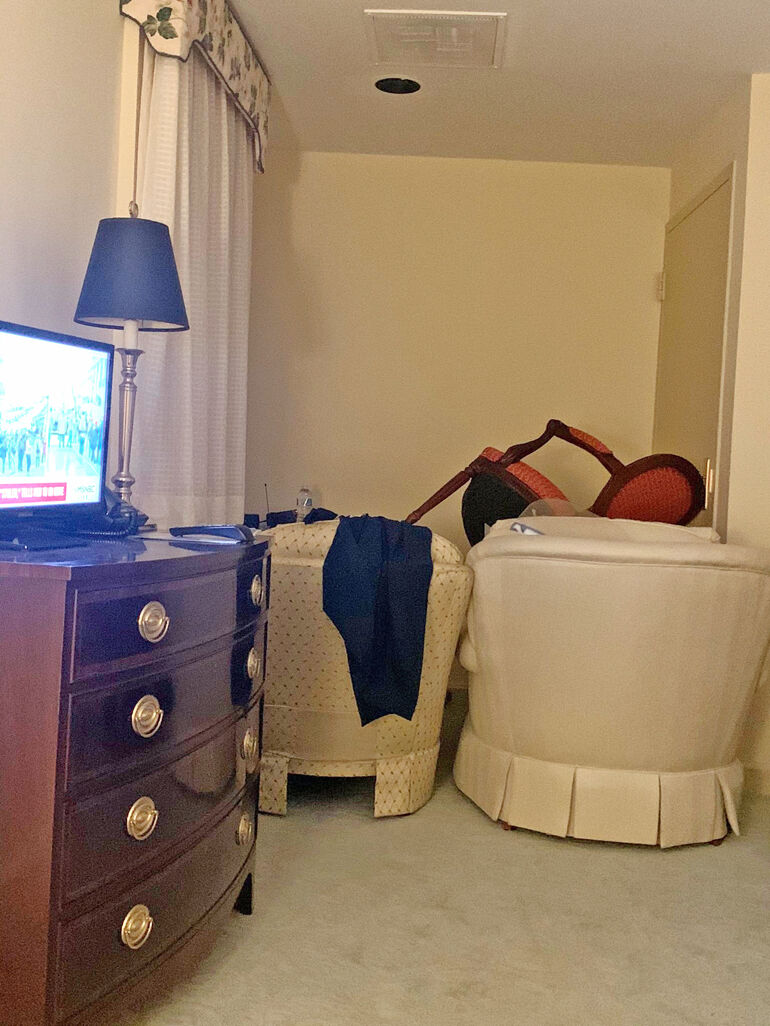 Rep. Grace Meng shared a photo of her make shift barricade in a Capitol room during a MAGA riot. 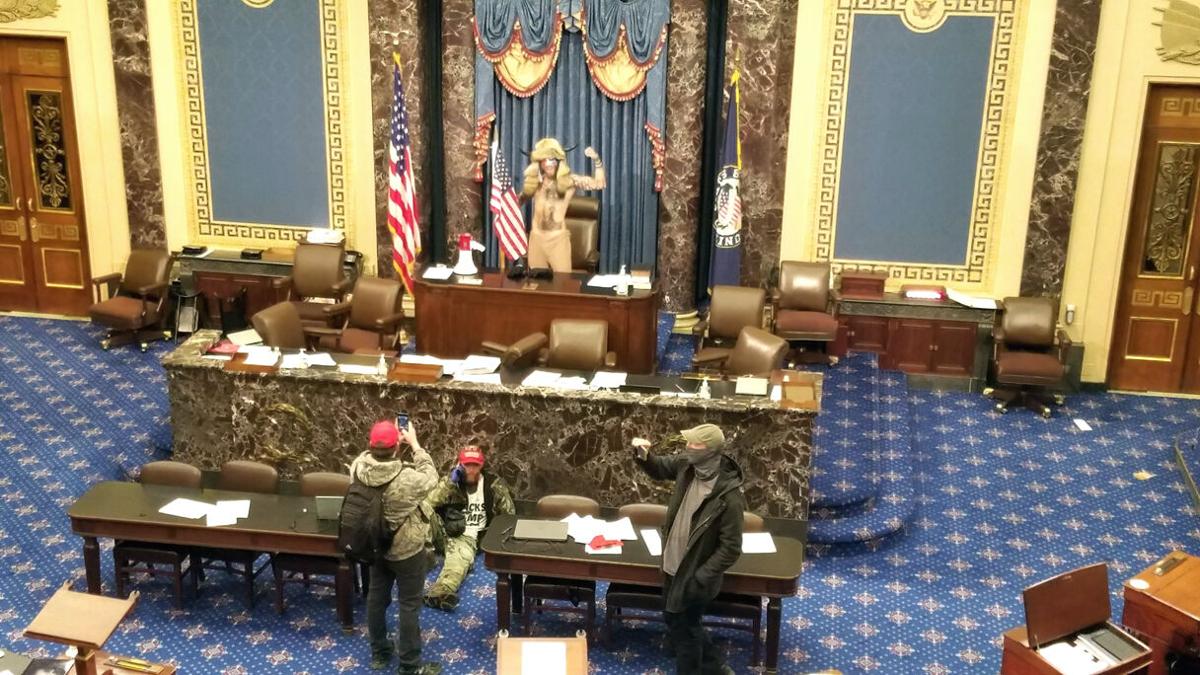 Trump supporters swarmed the Senate floor and overtook the podium where Vice President Mike Pence had been sitting just moments before.

Rep. Grace Meng shared a photo of her make shift barricade in a Capitol room during a MAGA riot.

Trump supporters swarmed the Senate floor and overtook the podium where Vice President Mike Pence had been sitting just moments before.

“It’s a really sad day for our country that it’s come to this,” Rep. Tom Suozzi (D-Suffolk, Nassau, Queens) said from a secure, undisclosed location during the Jan. 6 attempted coup on the nation’s Capitol. The lawmaker had been escorted, along with dozens of colleagues and building staff, to a location so secretive he wasn’t even sure where he was, in order to escape the Trump supporters who had stormed the building.

Suozzi hopped on a phone conference with reporters to share the experience as it unfolded: Lawmakers had been debating whether to ratify the electoral college votes that would secure Joe Biden as the 46th president of the U.S. when Capitol police received alerts that anti-Biden protesters, or Trump supporters, had pushed back security and were inside the building.

Elected officials were told to be prepared to use gas masks that were under their seats because tear gas had been deployed outside the chamber doors. Suozzi watched security barricade the doors, which were being rapped on from the outside. Officers had their guns drawn as the officials exited from another egress.

“I think there was shots fired, but I don’t know for sure,” Suozzi said at 3:30 p.m. Wednesday. “It sounded like a ‘pop, pop, pop’ but I don’t know if that was tear gas outside the door or banging poles on the door.”

Shots had been fired at one point during the incursion. Ashli Babbitt from California had been killed by security as she stormed the building through a broken window wearing a Trump flag as a cape.

Despite the chaos, Suozzi said he wasn’t scared because he and other evacuees were flanked by security. Other representatives had drastically different experiences, however. Rep. Grace Meng (D-Flushing) was alone in another room near the chambers when the swarm invaded.

“I just texted [my family] that I love them,” she told CNN the next day on how she told her family goodbye. “They said the same thing and we said we were praying for each other.”

Rioters were right outside Meng’s door. She could hear them running through the halls, shouting “U.S.A.!” She pushed as much furniture as possible against the door, turned off all lights and hunkered down for nearly six hours, after which she was removed by security. She watched footage of the invasion on the room’s television, which she kept on mute because she was afraid to make any noise.

While Meng watched events unfold from her television and Suozzi received updates via social media, Rep. Gregory Meeks (D-Queens, Nassau) watched the breach happen in real time from his office’s window, which directly faces the Capitol building from safely across the street. Meeks and several other colleagues sheltered in place and noticed the difference in reaction from police compared to the Black Lives Matter protests that took place in June.

“In my mind there’s no question that if the complexion of the individuals were different that caused this there would have been a different result,” he told Pix 11. In May, the National Guard was deployed before Black Lives Matter marches began, but troops were not called in to the Jan. 6 riot until after the MAGA supporters made it into the building. At 8 p.m., Gov. Cuomo announced he sent 1,000 members of the New York National Guard to DC for “up to two weeks to aid and facilitate the peaceful transition of presidential power.”

After about six hours, the invaders were finally removed from the Capitol. With a rejuvenated vigor to certify the electoral ballots, the representatives hunkered down well into the night.

“The people have spoken, the electoral college has spoken, the courts have spoken. Joe Biden is going to and will be the next President of the United States. He will be sworn in on January 20,” Rep. Hakeen Jeffries (D-Brooklyn, Queens) said, calling the rioters “traitors.”

All four members of Congress and the other three representing Queens — Reps. Nydia Velazquez (D-Brooklyn, Manhattan, Queens), Carolyn Maloney (D-Manhattan, Queens) and Alexandria Ocasio-Cortez (D-Bronx, Queens) called for the impeachment of Trump following his incitement of the protesters. In a video posted to Twitter, taken down by the platform for sharing false information, he told the rioters to go home, but not without telling them that they’re “special” and that he loved them.

Rep. Ilhan Omar (D-Minn) drafted articles of impeachment while hunkered down. Other representatives said they’d call to invoke the 25th Amendment if the impeachment doesn’t go through in order to remove Trump from office even with only 13 days left in his presidency.

“Terrorism inspired by the president of the United States created this protest. He called for it,” Maloney said in a video shared during her lockdown.

This is sickening! Trump tweets and his twits react with aggression and no one is held accountable. Any Trump supporter in Congress who is now calling Trump out - TOO LITTLE TOO LATE. Only when it came to YOUR door did you speak up because you thought YOUR life was endangered. Where were you when regular people were being killed? Sorry. Words matter but when you say it matters too.