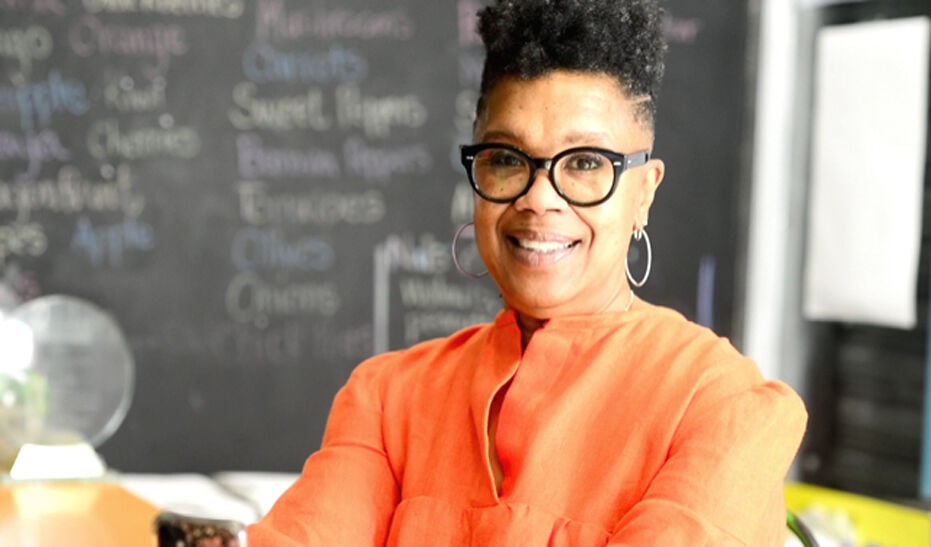 Dawn Kelly, the founder of The Nourish Spot. 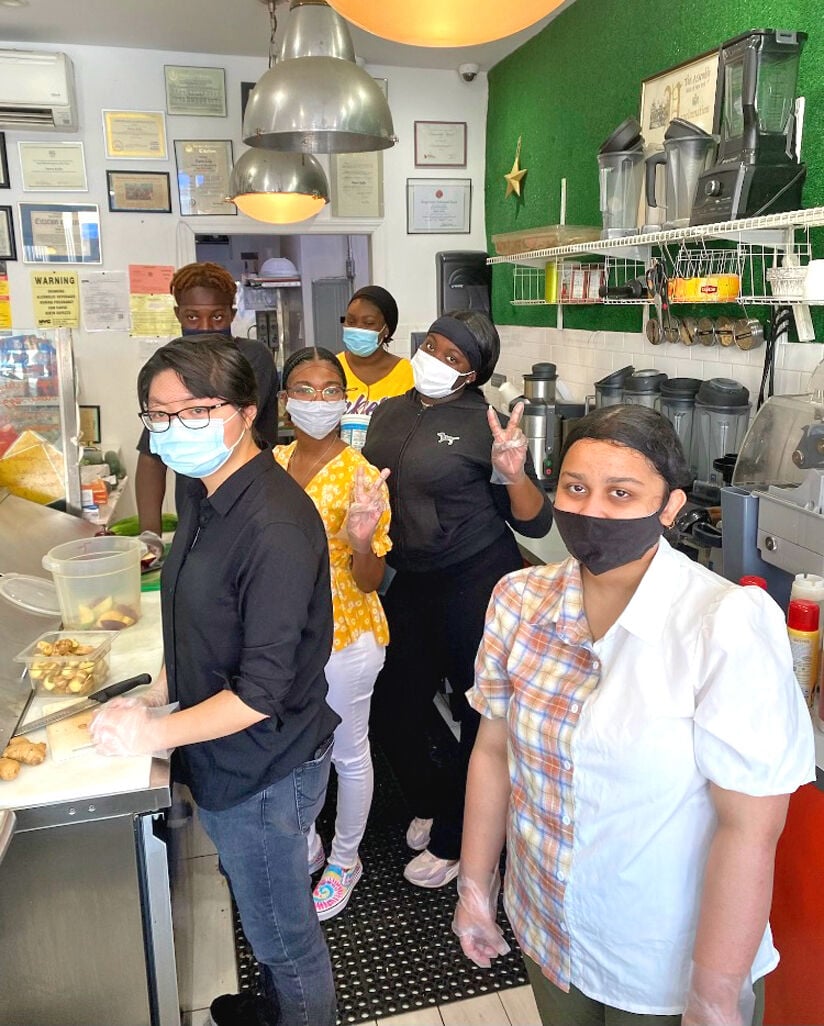 Jazmine Rowe, left, in yellow with glasses, and other The Nourish Spot interns from WIOA and SYEP. 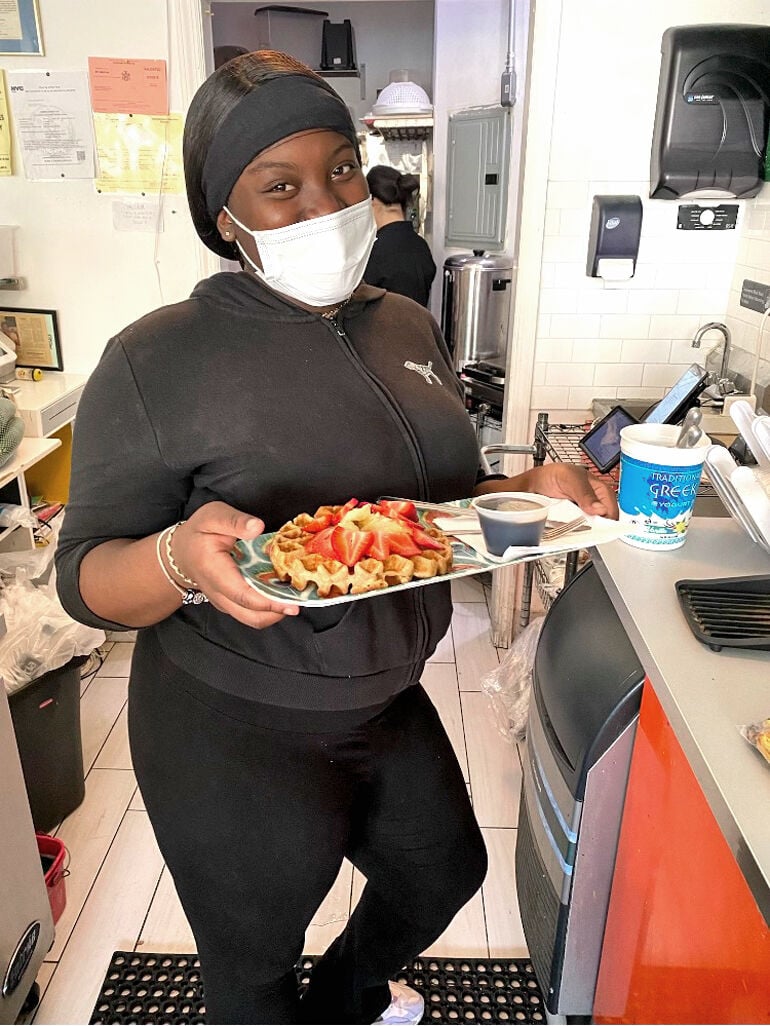 Dawn Kelly, the founder of The Nourish Spot.

Jazmine Rowe, left, in yellow with glasses, and other The Nourish Spot interns from WIOA and SYEP.

Summer internship and employment programs are back in full swing and one of the participating businesses this year is The Nourish Spot, a juice bar owned by Dawn Kelly, which is located 107-05 Guy R. Brewer Blvd. in Jamaica near York College.

“We are hosting SYEP kids again this year after we were prohibited in 2020 because of Covid-19,” said Kelly, the recipient of the Anastasia Beverly Hills Grant Initiative, an exclusive award of upwards of $50,000 that was granted to only eight Black enterprises earlier this year.

Jonnel Doris, the new commissioner of the city’s Small Business Services and the co-chair of the Small Business Subcommittee of the Taskforce on Racial Inclusion and Equity, also appointed Kelly as a mentor for small businesses in New York because of the juice bar acting as a “healthy food and beverage haven located in Jamaica, Queens” and her ability to leverage her executive public relations skills to not only help her enterprise, but her community.

“Kelly enjoys a 30-year track record of developing and implementing large-scale innovative, integrated communications plans to build and brand awareness for global businesses,” said Doris in a prepared statement of the former vice president of Global Communications at Prudential Financial.

The Summer Youth Employment Program is an initiative that places city youth between the ages of 14 and 24 in paid summer entry-level jobs for up to six weeks in July and August in the nonprofit and private sectors to prepare them for job readiness, career exploration and financial literacy.

“They are learning what it takes to operate a small business,” said Kelly to the Queens Chronicle. “They are learning about healthy foods and beverage options and how to assemble them, including proper kitchen etiquette and protocols.”

“They are also learning that Black women and Black families can own and successfully operate small businesses too,” said Kelly, whose interns are predominately Black, but also include people of Puerto Rican and Chinese descent.

The city’s Department of Youth & Community Development funds the WIOA program, according to Eric Torres, who serves as its director at the Springfield Gardens high school.

“It is similar to SYEP in that the kids are placed to work for six weeks, 25 hours a week at the going minimum wage rate,” said Torres to the Queens Chronicle. “My program is a school-based program. Kids who enroll in my program are enrolling for three years. We work with the students and place them in an unpaid internship during the school year and in the past we partnered with the Nourish Spot. During the summer they get a paid internship.”

The WIOA program tracks students as they go to college.

“A lot of the kids are gaining trades and skills that they are getting for jobs,” said Torres. “The kids from August Martin are from the school’s culinary program and have food handling licenses and are gaining experience from within the food industry.”

Janiyah Hill, one of the August Martin interns, feels lucky to be spending the summer at The Nourish Spot.

“Working at The Nourish Spot has been such a great experience being that it is a Black-owned female business,” said Janiyah via text relayed by Kelly. “It makes me strive to be a better me. I’ve learned about so many different ways to eat healthy and about so many different meal supplementary smoothies. Before the summer ends I hope to know how to make at least half of the items on the Nourish Spot menu.”

“I like to work for The Nourish Spot because it encourages healthy eating habits that inspires not only me, but the community that we are living in,” said Jazmine via text relayed by Kelly. “What I have learned so far is how to cut up harder and firm fruits, such as pineapple and mangos. I also learned about different bases that you could add to smoothies, coconut milk, oat milk and soy milk.”