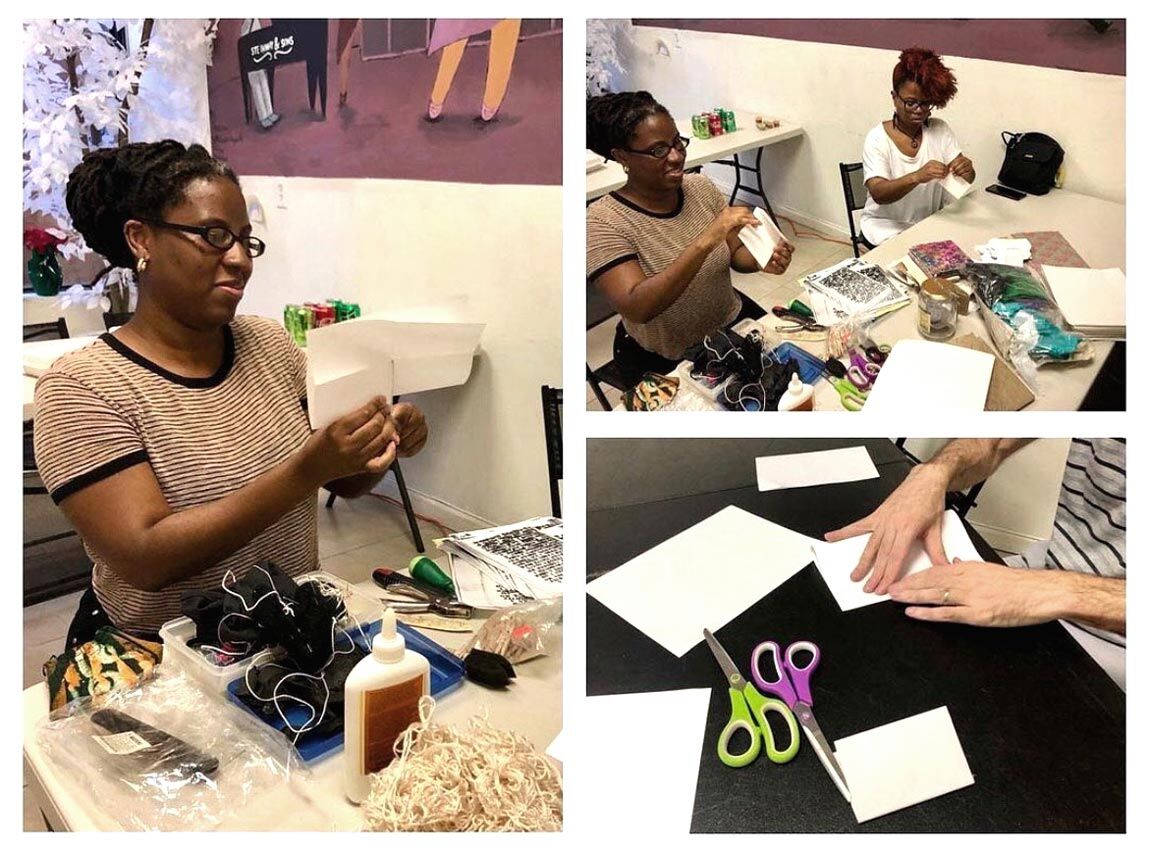 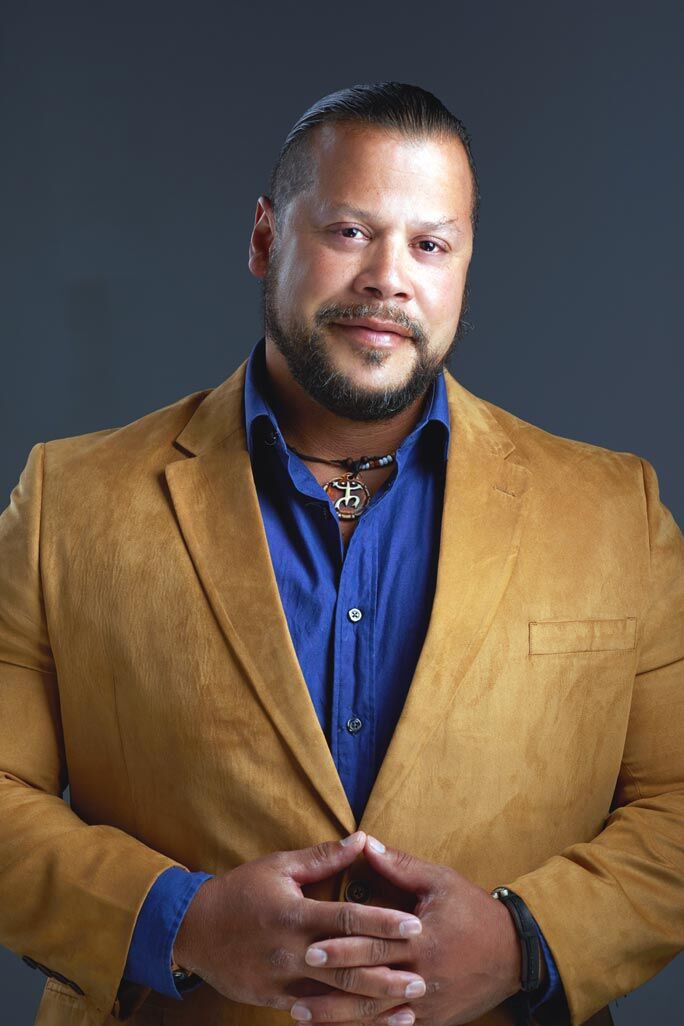 Walter Alomar of the nonprofit OCHO. 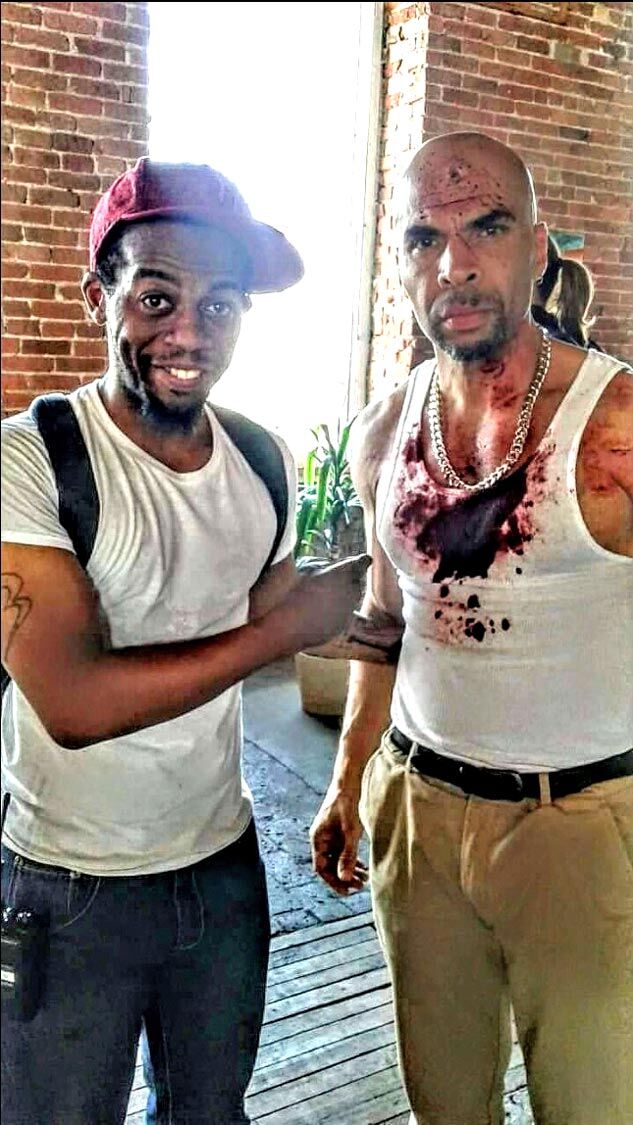 Tyrell Perkins with an actor in graphic make up.

Walter Alomar of the nonprofit OCHO.

Tyrell Perkins with an actor in graphic make up.

The Artist Market NYC, a twice monthly pop-up showcase for creative entrepreneurs and resellers, is coming to Roy Wilkins Park in St. Albans on Sept. 4 from 1 to 8 p.m. as it celebrates its sixth anniversary. It will also feature informationals.

The free event will have a disc jockey, live performances and hands-on activities with approximately 35 artists, publishers, designers, entrepreneurs, workshop presenters and performers, according to Adrienne Whaley, the executive director of the Artist Market. Guests are allowed to bring their own chair or a picnic blanket for the outdoor event.

“We are a creative and interactive marketplace,” Whaley said, “where artists and entrepreneurs can not only sell, but they can show you and teach you. We need more hands-on activities and a deeper appreciation of all of the arts.”

Whaley, a St. Albans resident, won’t have a workshop during the pop-up, as she will be managing the event, but she is a wearable artist who creates home goods and clothes like shawls, wraps and shoes and was raised in Jamaica and Addisleigh Park.

Three of the workshops will be by Sherese Francis (bookmaking and poetry), Terrell Perkins (special effects makeup) and Walter Alomar (nongovernmental organization).

“It’s a poetry and bookmaking workshop and it’s going to be drop-in so people can attend throughout the day,” said Francis. “I’ll be teaching people ... basic mini bookmaking techniques, as well as giving them poetry prompts based on the environment.”

Guests who attend Francis’ pop-up will learn how to make books from single sheets of paper using the eight-page minibook technique and the accordion fold, according to the multidisciplinary artist.

“I will also be teaching the more advanced technique called pamphlet stitch using sewing needles and thread,” said Francis. “Then I will be giving prompts that get people to look at the ground, at the trees and whatever they are sensing in the park, whether it is music or things that they are eating at the market, and using that as inspiration to write their own poems for the books that they are making.”

Francis, 31, has been writing poetry since she was 10 years old and published three chapbooks, small books that contain poetry, ballads or tales.

“A few years ago I started to dive into bookmaking and collaging,” said Francis. “I’ve been infusing this work with poetry.”

For Perkins, working in the arts in special effects and graphics is both therapeutic and has been a vehicle for him to inspire others.

Perkins was born with a condition known as syndactyly, in which fingers are fused or webbed, according to the Boston Children’s Hospital.

“It doesn’t matter what background you come from, you can still create on a budget,” said Perkins. “I want to inspire and motivate with everything I do.”

Perkins is a film director who started to gravitate toward and taught himself graphic makeup because he wanted the special effects to look as real as possible on some of the independent movies that he has worked on.

“Tony Sabine, a special effects artist on ‘Friday the 13th,’ ‘From Dusk Till Dawn’ and ‘Halloween,’” inspired Perkins to pursue graphic makeup. “Stab wounds, gun shots, bruises, torn ligaments and other real crazy stuff that you will see in movies are some of the forms of graphic makeup” he explained.

Perkins’ workshop will teach people how to use basic items to come up with similar graphic makeup.

“You can use items from your home or the store and you can use them to create realistic effects and make molds,” said Perkins. “Lipstick — you can use that to make bruises. You can use straw and tissue to make that look like skin. I want to show them how they will start with a sketch of what a director would want to the mold you would need to do.”

Walter Alomar, the president of the nonprofit Organization for Culture of Hispanic Origins, will be focusing on issues about race and inequality for Latinos and Blacks.

“Our workshop will focus on things that haven’t been addressed in the media recently,” said Alomar. “The issues of colonization and how that affects people’s mindset and how we are still captive mentally. It will open the door and unlock the chains of the colonized mind.”

OCHO provides cultural, educational and mental health services to the community, according to Alomar.

“We gather writers, actors, politicians and activists and discuss how being an actor, or a politician is like and how you are treated,” said Alomar. “I did a workshop on the history of Puerto Rico and the United States.”

OCHO is also a nongovernmental organization registered with the United Nations and Alomar was once asked to speak on why he believes in decolonizing Latin America and Africa.

“We get to speak on these issues and why we feel they should be decolonized in Puerto Rico and other colonies throughout the world,” said Alomar about what people can expect from his workshop. “We try to educate and rehabilitate the Latin and African-American communities ... Our communities have been forgotten.”