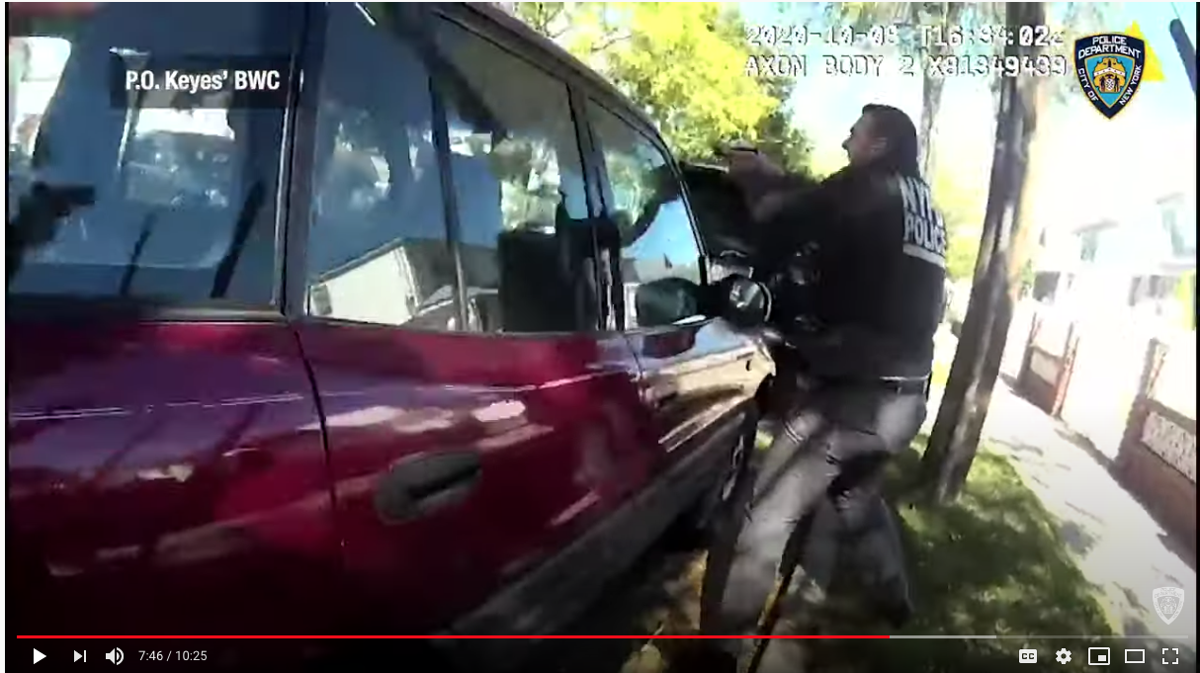 Body camera footage from the Oct. 8 incident where shooting suspect Tyran dent was killed in a gunfight after police tried to arrest him on a warrant. 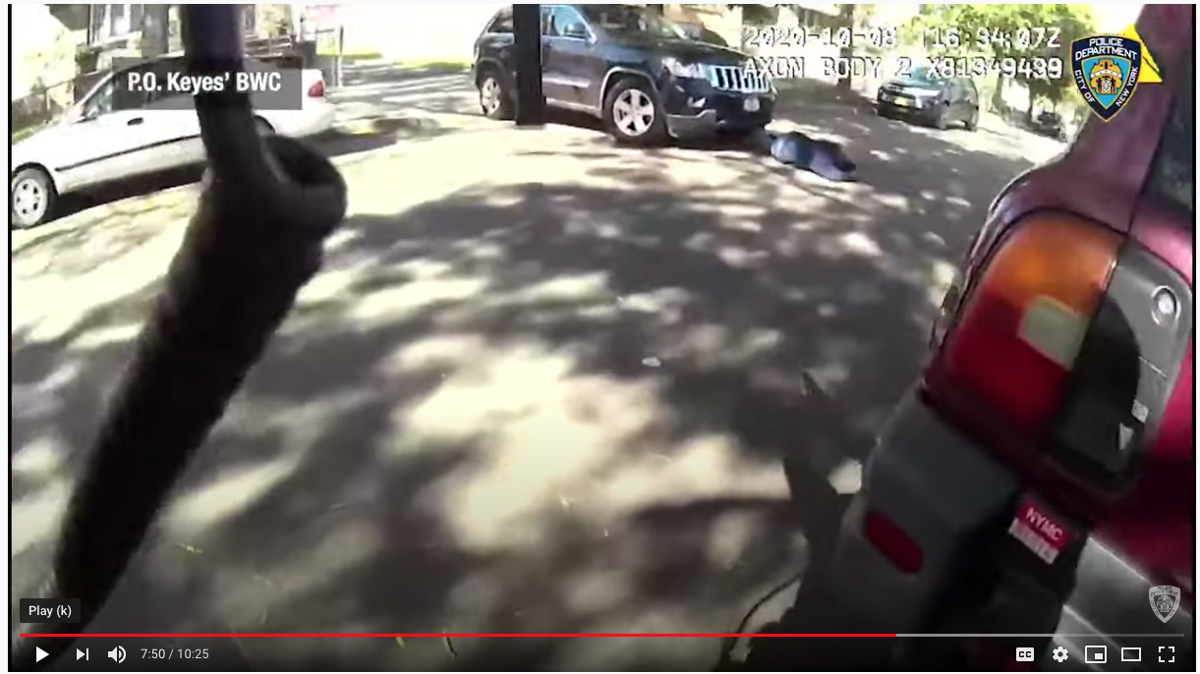 A police officer emerges from behind cover during the fatal gunfight.

Body camera footage from the Oct. 8 incident where shooting suspect Tyran dent was killed in a gunfight after police tried to arrest him on a warrant.

A police officer emerges from behind cover during the fatal gunfight.

The NYPD has released body camera footage from two police officers of the 113th Precinct who were involved in the Oct. 8 pursuit and gunfight that resulted in the death of a 24-year-old Addisleigh Park man who was a suspect in a multiple shooting on Sept. 20.

Tyran Dent died of multiple gunshot wounds after seven officers repeatedly ordered him to drop a pair of handguns.

In the 10-minute video, which can be viewed on YouTube at bit.ly/3pQmVyP, police said Dent fired at least five shots at the officers based on shell casings recovered at the scene.

The video contains very graphic images and graphic language, including a surveillance video of the Sept. 20 shooting that wounded four people. Viewer discretion is strongly advised. The shooting took place at 4:52 a.m. in front of 117-02B Merrick Boulevard, across from the entrance to Roy Wilkins Park.

In the NYPD video’s introduction. Sgt. Carlos Nieves of the NYPD’s Public Information Division, said the investigation is ongoing.

“This will allow you to get a better understanding of events that led up to the incident and what occurred during the incident based on what we know at this time,” Nieves said.

He added that the police are working with prosecutors, and that their views may change as more witnesses are interviewed and more forensic tests are completed.

A final report will be sent to the deputy commissioner of the Use of Force Review Board to determine if officers’ actions were justified and within department guidelines.

The footage of the fatal shootout came from the body cameras of Officers Stephen Keyes and Dillon McGee of the 113th Precinct.

There also is video from a residential security camera that shows detectives from the Queens Warrant Section attempting to arrest Dent at 12:25 p.m. as he got into a car on a residential street in the vicinity of 184th Street and Edgewood Avenue in  Springfield Gardens.

Dent is shown quickly turning his car around and speeding away with two unmarked cars in pursuit.

According to the NYPD’s timeline in the video, Dent collided with another car at the intersection of 181st Street and 144th Avenue before fleeing on foot. Police state he ran through “several rear yards” toward 143-36 182 Place.

Police said at that location “he accosted two civilians and attempted to enter their vehicle.” With the detectives catching up to him joined by officers from the 113th Precinct, Dent pointed a pair of handguns at officers and was ordered to drop them, the NYPD says.

The footage from Keyes’ camera shows him exiting his patrol car and circling back to the right, where he and other officers were facing Dent. Keyes was taking cover behind a red SUV.

Plainly audible is the warning “He’s got a gun!” followed by at least five commands to drop the gun before multiple shots are heard. Keyes radios “Shots fired!” multiple times.

McGee’s video shows him leaving the patrol car from the driver’s side and circling to the left. The audio picks up approximately six commands for Dent to “Drop the gun! Drop the f---ing gun!” before multiple shots ring out. McGee also calls in that shots are being fired. Following a brief silence there are at least four more orders for Dent to drop his weapons, followed by more gunshots, followed by either “He's down!” or “He's done!”

Dent was hit multiple times and officers initiated first aid at the scene. Dent would be pronounced dead at Jamaica Hospital Medical Center.