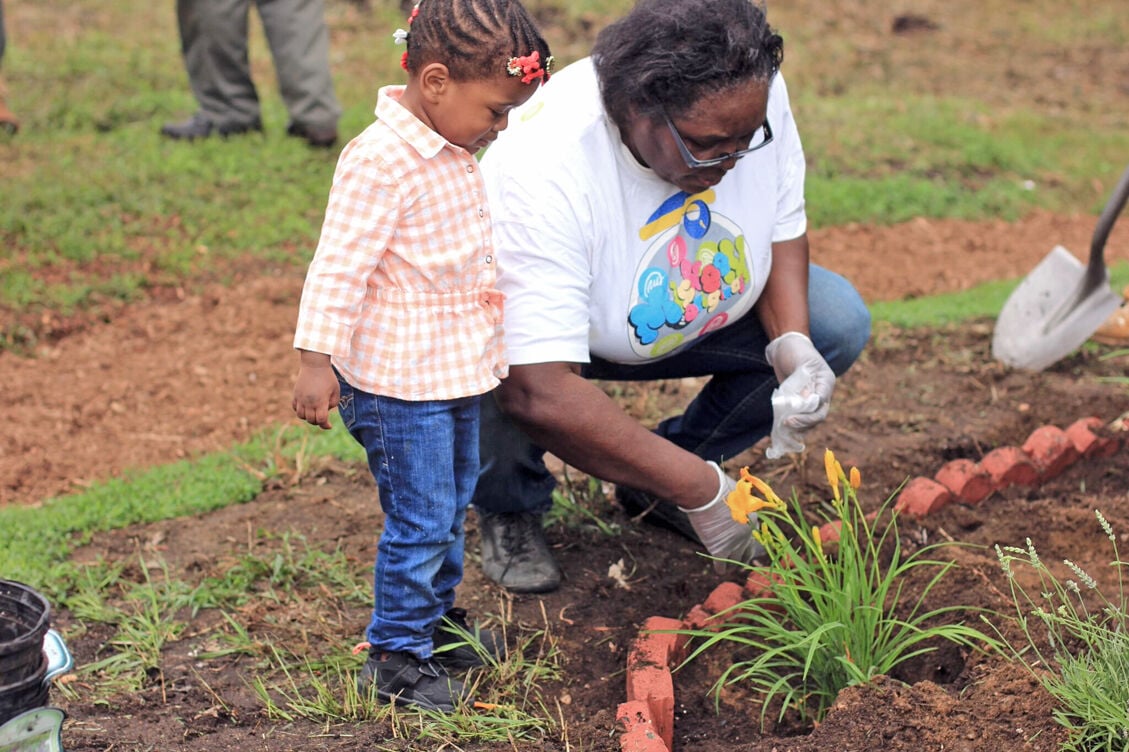 Project Petals, a nonprofi t, wants to not just help create green spaces in predominantly Black and other communities of color in Queens and throughout the city; its founder, Alicia White, hopes to expand the initiative nationwide. 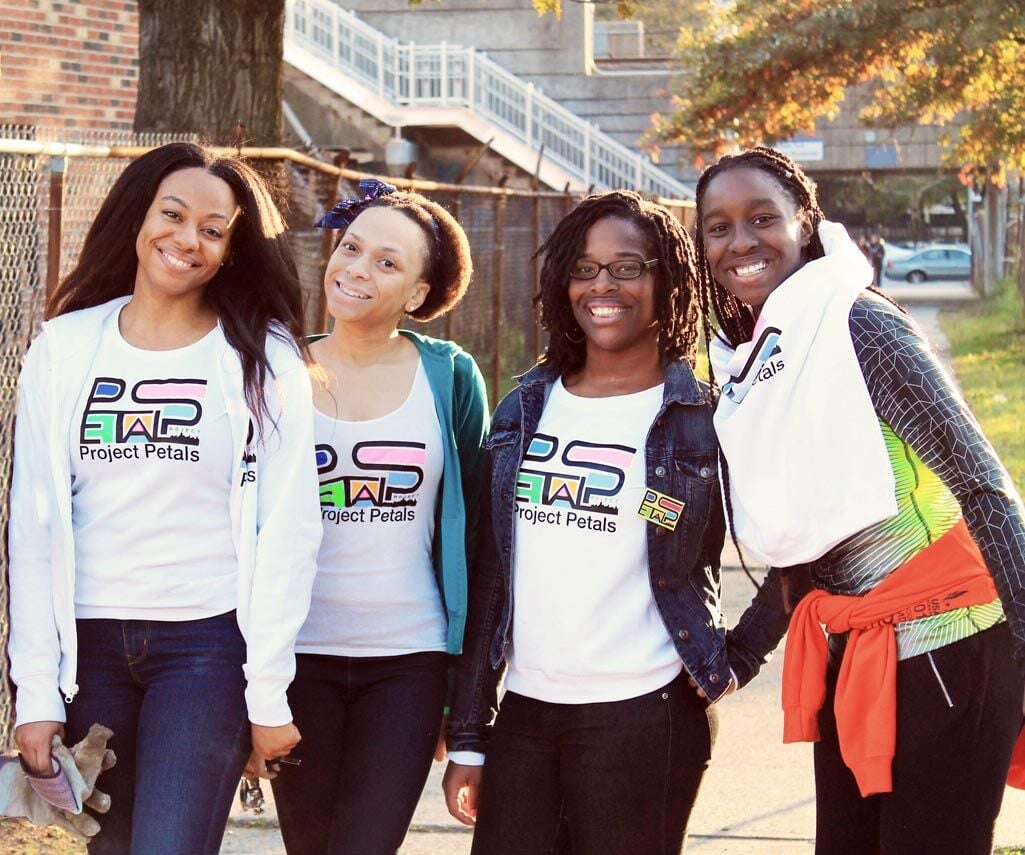 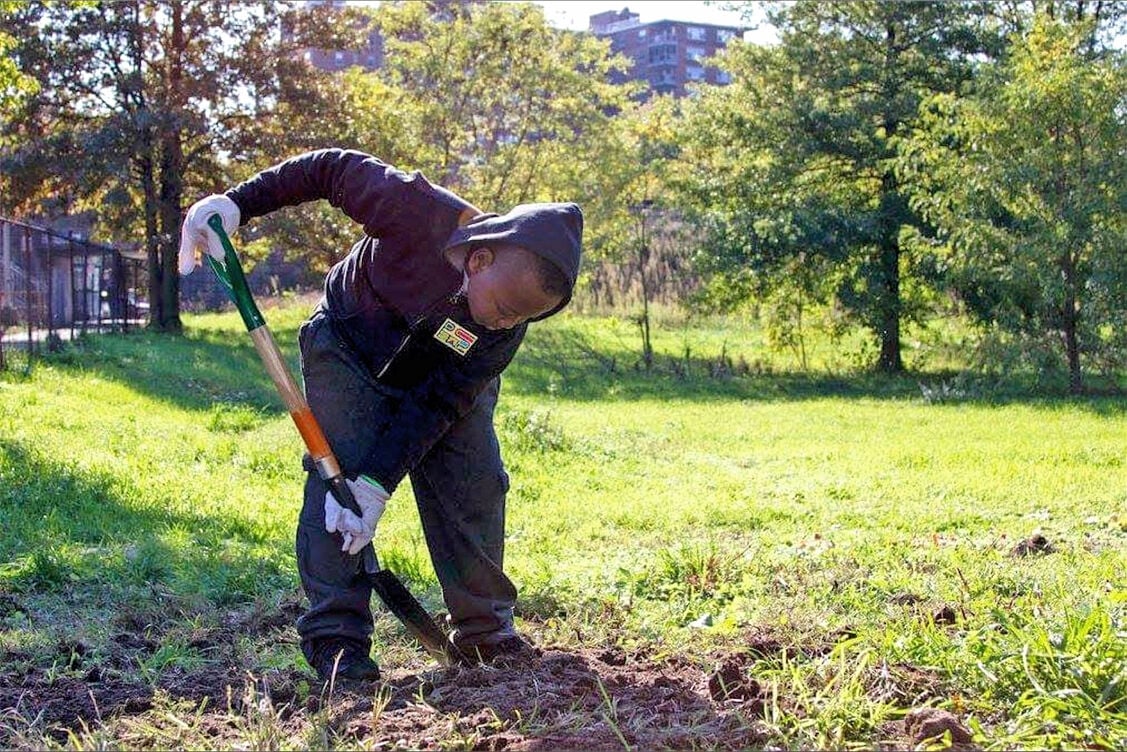 Project Petals, a nonprofi t, wants to not just help create green spaces in predominantly Black and other communities of color in Queens and throughout the city; its founder, Alicia White, hopes to expand the initiative nationwide.

Alicia White, the executive director of the nonprofit Project Petals, was one of four people honored earlier this month by “People” magazine in a joint partnership with the U.S. Bank for the Resiliency Rising campaign, a celebration of extraordinary environmental and community efforts by individuals during the pandemic.

As the government shut down March 2020, White continued to use her nonprofit to develop green spaces in Black and other diverse communities that lacked greenery, or to clean up overgrown park areas, as the coronavirus continued to rage on.

One of those areas was a space at the edge of Gwen Ifill Park, formerly known as Railroad Park, near the Locust Manor Long Island Rail Road station, according to White. There was so much overgrowth, commuters struggled to walk the path that led to the train, she said.

“I grew up in the neighborhood my entire life,” said White, who was raised nearby in Jamaica and lives in Laurelton. “I have friends there. I have family there. I remember getting off the train and people were using it every day to access the Long Island Rail Road to get to the train, but there was always weeds up to people’s hips.”

After seeing a senior trying to clean up the lot by herself, White decided it was time to do something about the mess, which neither the city departments of Transportation and Parks nor the Metropolitan Tranportation Authority wanted to take responsibility for, according to the nonprofit executive director.

“It’s an abandoned space owned by three city agencies,” said White, who started her cleanups in 2015 with up to nine volunteers in Southeast Queens almost every Saturday.

White’s nearly weekly routine of cleaning up the LIRR space led to her seeking out grants and funding for supplies, meeting with her state senator and having a sit-down with the DOT, MTA and Parks Department to get a capital project done to create a commuter path for straphangers.

“Back in 2017, I met Alicia White, Founder and CEO of Project Petals, an innovative non-profit organization that conducts youth development programs throughout the city,” state Sen. Leroy Comrie (D-St. Albans) said via email. “Project Petals has continued to serve and be a benefit to the community through its Youth Builders Development and Training Program. In addition to all that Alicia and Project Petals has done, they have put a specific emphasis on improving our local green spaces.”

Tiffany White, Alicia White’s sister, is a project manager and is proud of the work her sister accomplished over the past six years.

“There was this abandoned space that we were walking through back and forth to get to the Long Island Rail Road and it was overrun, and we were literally walking on a dirt path,” said Tiffany White. “She was like ‘This is ridiculous. We are going to Manhattan and you see their parks and then you come home to see something vastly different.’”

Tiffany is glad that her sister had the vision to push for a commuter path for the space and create the change to make the area accessible. Now, what started off simply as a small act of kindness is a citywide nonprofit.

“We average 400 volunteers throughout New York City in Queens, Brooklyn, the Bronx and in Harlem,” said Alicia White. “At NYCHA in the Bronx, that space was used for food distribution and [personal protective equipment] distrubition.”

The Bronx site is at Millbrook Houses at 160 Street and St. Ann’s Avenue, according to White, who worked with Cesar Yoc, the garden leader for the South Bronx NYCHA complex.

“In Laurelton, she helped another organization with the tools that they need for a vegetable and community garden,” said Tiffany. “With Covid-19 so many people were locked into their house, providing the community a garden gave them a space to connect and for her to do her work.”

“She also created this program called the Builders Program,” said Tiffany. “She realized that a lot of these younger people like to come out and get involved to make a change.”

The Builders Program connects youth with architects, urban planners, engineers and civil engineers, according to Tiffany.

“Because of her commitment to mentorship and her willingness to work with youth, I was happy to assist her,” said Comrie of the program.

“Just seeing what she does makes me feel like I can do more, whether it is at work or in our community,” said Tiffany.