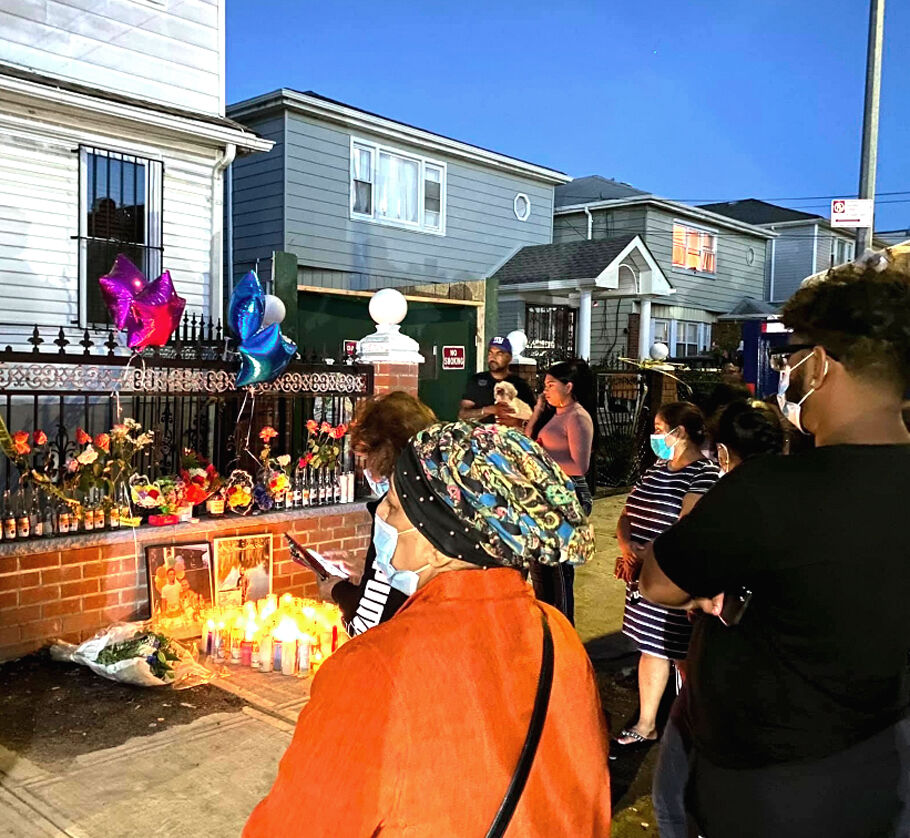 Friends, family, neighbors and elected officials came out to a candlelight vigil on Sept. 5 to honor the lives of Phamatee Ramskriet, 43, and her son, Khrishah Ramskriet, 22, victims who died because of Tropical Storm Ida’s flash flooding in Hollis on Sept. 1. 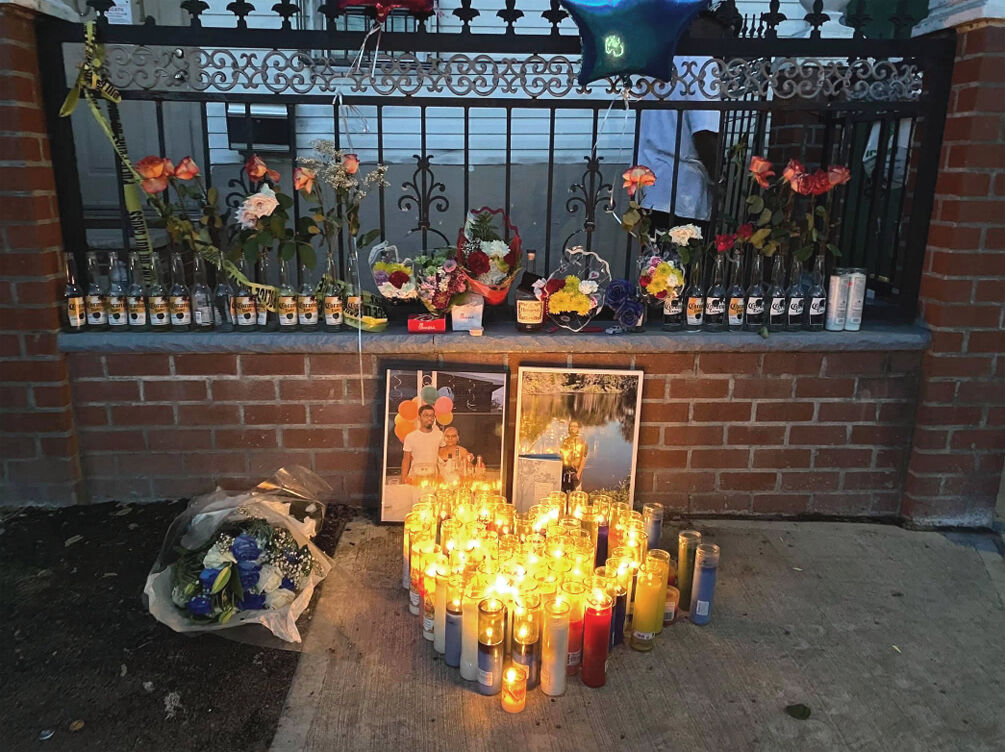 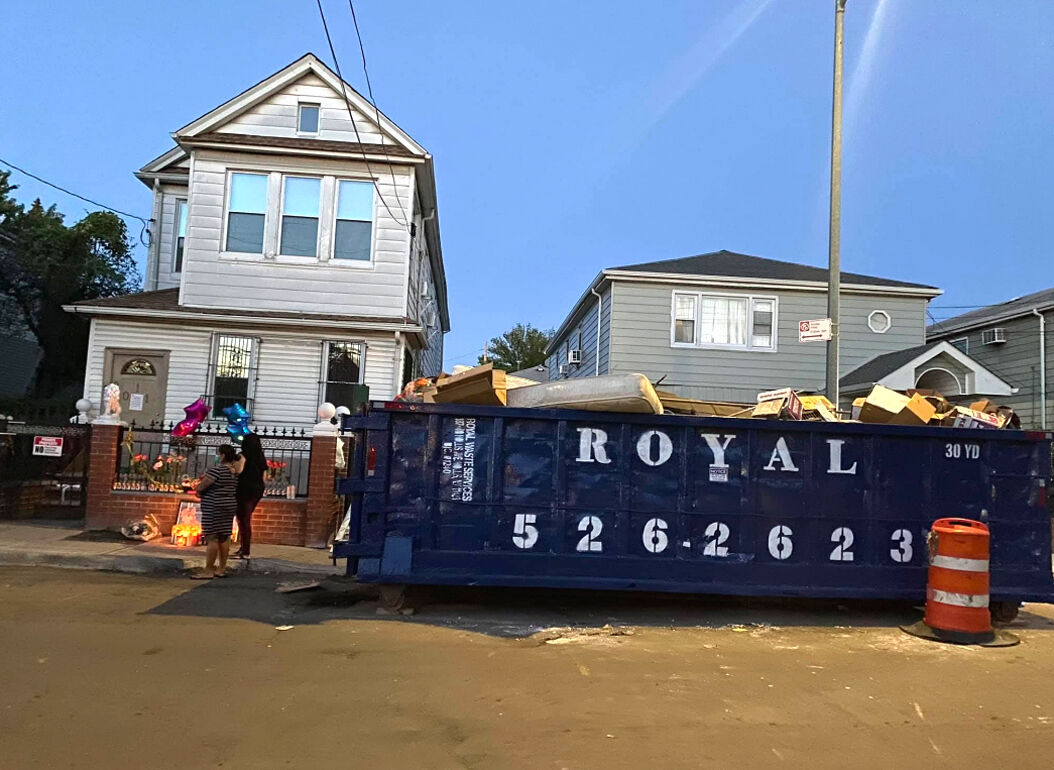 Elected officials got dumpsters from Royal Waste for residents to get rid of their destroyed items. 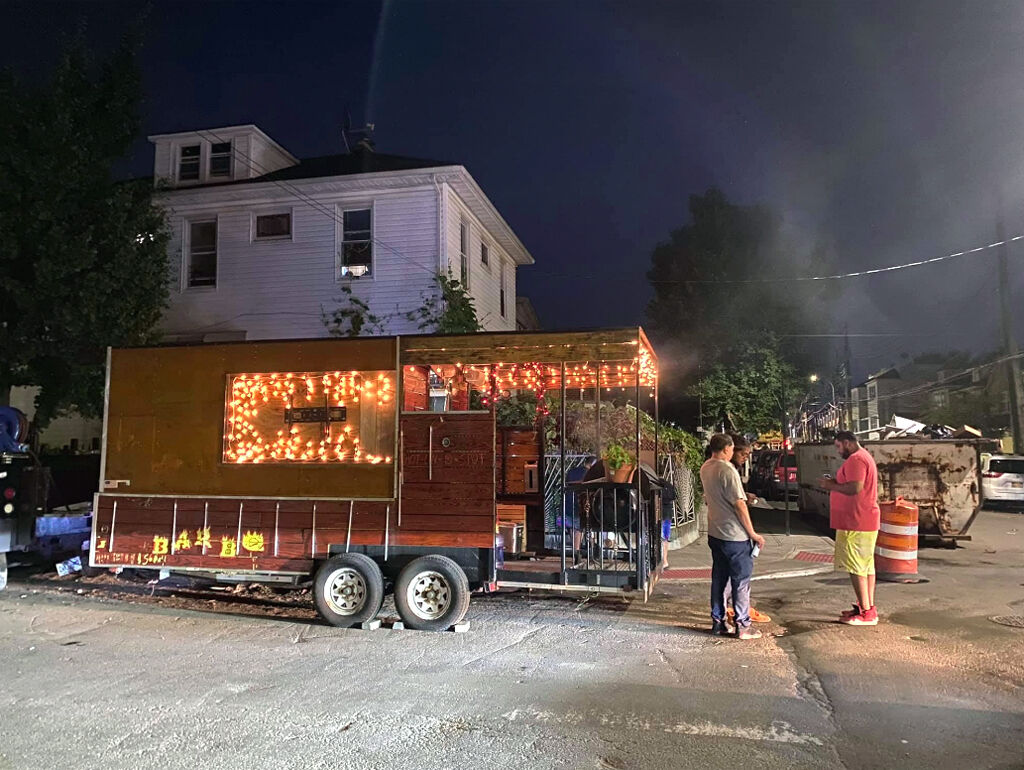 One neighbor got a food truck to serve his community with ward food.

Friends, family, neighbors and elected officials came out to a candlelight vigil on Sept. 5 to honor the lives of Phamatee Ramskriet, 43, and her son, Khrishah Ramskriet, 22, victims who died because of Tropical Storm Ida’s flash flooding in Hollis on Sept. 1.

Elected officials got dumpsters from Royal Waste for residents to get rid of their destroyed items.

One neighbor got a food truck to serve his community with ward food.

Tropical Depression Ida may have left a Hollis community down after the deaths of Phamatee Ramskriet, 43, and her son, Khrishah Ramskriet, 22, but it did not leave the residents out.

Immediately after the Sept. 1 flash flooding that swamped at least 15 homes in the area, Amrisa Bhagwandin, 30, a neighbor who lives across the street from the Ramskriets, created a GoFundMe page to get the funds needed for her own family and the neighborhood.

“Our street was and always is impacted by this,” said Bhagwandin, whose neighbors say the flooding has been going on for at least 30 years. “A wall in our basement collapsed. Our entire basement was filled with water that was at least 14 feet.”

The flooding has been going on for so long that the family knew they had to evacuate ahead of the storm, but her father, Sahadeo Bhagwandin, 61, went back to their house when emergency services arrived.

“We live at the corner house on 183rd Street and 90th Avenue, so we get the most damage,” said Bhagwandin. “Our washer, dryer, treadmill, workout equipment, winter clothes and seasonal items are all gone.”

Bhagwandin said she created the Hollis Flood Relief Fund, which aims to raise $50,000 and had $17,812 as of Wednesday, because it was the first thing that came to her mind and she knew the community was going to be in need of immediate relief.

The Bhagwandin family has filled up at least one dumpster of items alone and knows that other neighbors don’t even have power in their homes.

Despite having to throw out a chunk of their belongings, including on the first floor of their home, which also got hit by floodwater, and having no hot water, the Bhagwandins have decided to remain in their home, even if it might be structurally unsound for the moment.

“We had to put some things outside; we still need some of our things,” said Bhagwandin. “Also, someone needs to be here to make sure the house dries out.”

Although Bhagwandin was not close with the Ramskriets, her mother, Amrita Bhagwandin, 51, was close with the deceased family and had spent years as a community leader trying to raise awareness with politicians and the city government about the flooding issue.

“It’s like I’ve been going beep, beep, beep — sounding off an alarm and no one was listening,” said the elder Bhagwandin, a data processing manager. “It’s just a shame that we have two lives lost and no one had really understood what we were saying. I speak on behalf of the entire community.”

The extent of the flooding was “unimaginable” and “tremendous,” according to Amrita, who has suffered panic attacks because of years of damage to her home.

“It becomes an ocean,” she said. “We know there is global warming, but that is not just what it is. It’s an infrastructure problem, it’s a surf sewer problem and there is no capacity to handle any type of water. The fix is not happening and the city has failed.”

Amrita Bhagwandin does not blame Mayor de Blasio, who she knows has tried for the past four years to push through several sewer projects throughout Eastern and Southeast Queens, but his efforts were too little, too late for the neighborhood, according to the community leader.

“When I moved into this neighborhood the first time it happened I was devastated,” said Amrita Bhagwandin, who bought the house for $400,000. “I had redone this place, then it was flooded. Then I had to redo it again. It nearly left me penniless. I came outside after that flood and realized that the people here were suffering for 30 years and had not said a thing to anyone or their voices were unheard. So I started to think I could help to fix this problem, so I stayed with the hope that we can make changes and because of that I got close with the family. They were very loving and kind people who were law abiding. They are humble. The young man had a bright future. You would not believe the amount of friends he had who were out here praying for him last night ... It was very senseless that they had to die. It is not fair.”

Amrita Bhagwandin, who is Indo-Guyanese American, has also used her basic Urdu and Bengali skills to serve as a translator over the years to help her neighbors with their flooding problems.

People throughout Southeast and Eastern Queens offered their condolences and a helping hand for those suffering in the Hollis neighborhood, according to Richard David, a Democratic district leader in Assembly District 31 from South Ozone Park.

“I was invited to a vigil tonight in Hollis,” said David on a Facebook post on Sept. 3.

“This community is taking care of each other: a neighbor set up a food truck making hot meals for everyone, elected officials organized a dumpster for removal of destroyed belongings, and people are together, outside with each other all day and most of the night. They’re ‘keeping wake.’”

The vigil was held Sept. 5 at the intersection of 183rd Street and 90th Avenue.

The Rochdale Village community, lead by the housing complex’s Board President Jean Castro, teamed up with Det. Tanya Duhaney of Patrol Borough Queens South and the NYPD’s 103rd and 113th precincts to get bleach for homeowners, according to Rochdale Village’s Board Chairman Clifton Stanley Diaz on a Facebook post on Sept. 5.

Bhagwandin hopes that the attention the area receives will result in a thorough examination of the flood problem in Hollis so that there will be a permanent solution for her family and her neighbors.

“It is never going to be the same here,” said Amrita Bhagwandin, who had to start seeing a psychologist because of the problems with her home. “There’s a lot of pain and anguish. I would like to see the people be able to relax a little bit. They are so anxious, they are overwhelmed, they are very tired and they are very scared.”