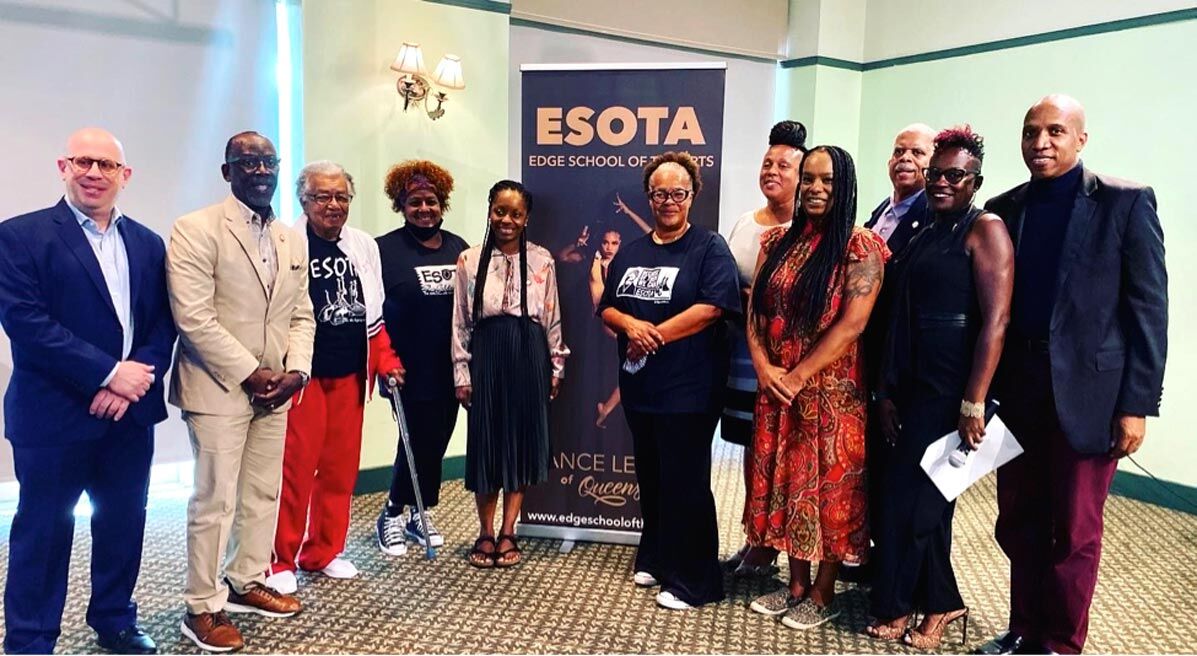 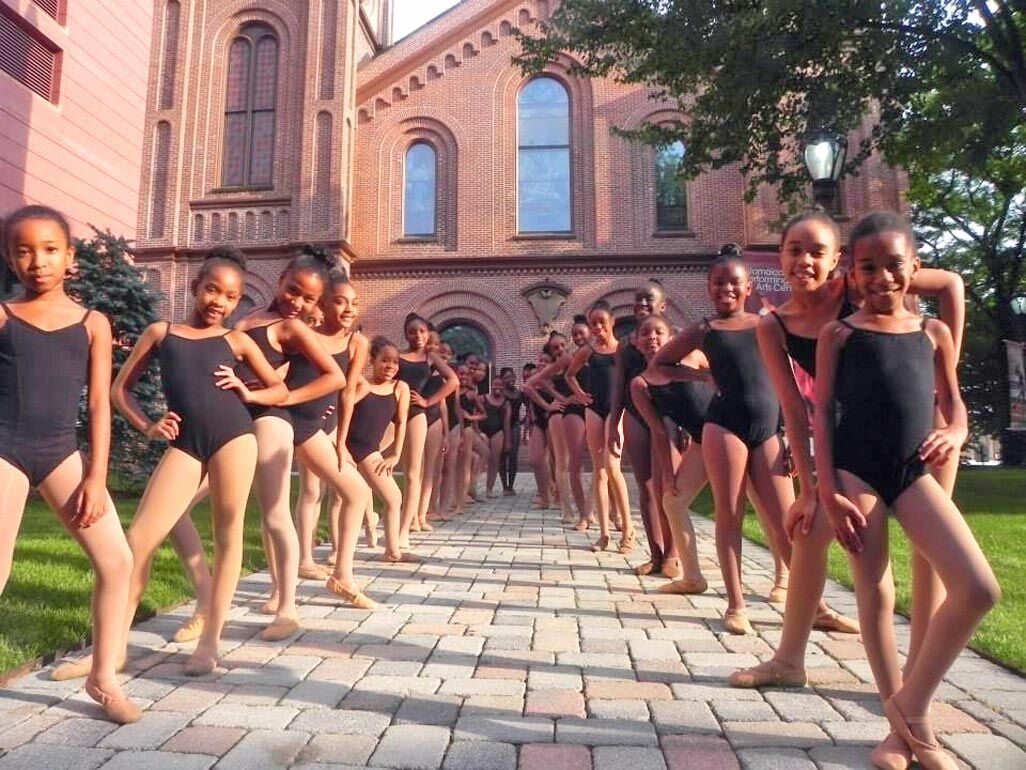 The new location for Edge School of the Arts in Downtown Jamaica will welcome new dance students,

The new location for Edge School of the Arts in Downtown Jamaica will welcome new dance students,

The Jamaica Center for Arts & Learning is the new home for the Edge School of the Arts, a dance school that was previously located in Laurelton, but moved to 161-04 Jamaica Ave. for its 26th season, which started Oct. 2.

There was a balloon release for the Downtown Jamaica move at the Harvest Room event space on Sept. 24 in Jamaica that included JCAL interim Executive Director Leonard Jacobs; JCAL interim Artistic Director Courtney Ffrench; ESOTA Artistic Director Kerri Edge; her mother Beverly Edge; and her sisters Wendy Edge and Donna Edge-Rachell; all of ESOTA Management; and CEO Melva Miller of the Association for a Better New York, a collective of stakeholders throughout the Empire State dedicated to improving the quality of life in the state. State Sen. Leroy Comrie (D-St. Albans), Assemblywoman Alicia Hyndman (D-Springfield Gardens) and Councilmembers Daneek Miller (D-St. Albans) and Selvena Brooks-Powers (D-Laurelton) were also in attendance.

The dance school took a big hit in March 2020, because of the Covid-19-related government shutdown, but now it has regrouped and started a fruitful partnership with JCAL, according to Artistic Director Edge.

“We’ve had a long and mutually beneficial relationship with JCAL and its leaders for many, many years,” said Edge in a statement. “We’ve provided workshops and cultural programming for JCAL and in turn they have been generous with allowing us to utilize their amazing space for performances and events. Joining forces to serve the Southeast Queens community makes perfect sense.”

Jacobs is excited about the partnership too.

“We’re delighted to advance ESOTA’s longstanding ties to JCAL through this new agreement on studio space, office space and a space for ESOTA’s boutique,” Jacobs said in a statement. “A legendary arts provider in Southeast Queens, ESOTA’s presence within our institution will raise the bar in the community for more than dance instruction, but through myriad other cultural opportunities that ESOTA can uniquely provide.”

Parents interested in signing up the children can register them at bit.ly/ESOTAOnline so that their kids can receive instruction from Brice Vick, the creative director for singer Ashanti; Omar Edwards, a tapper who was in the play “Bring in ‘da Noise, Bring in ‘da Funk;” David “Sincere” Aiken, a celebrity choreographer; and Arturo Miyaki-Mugler Lyons, the winner of season two of HBO Max’s “Legendary,” a reality ballroom competition.

Downtown Jamaica was already a second home to the Edge family, according to the artistic director. The Bernice Johnson Cultural Arts Center was near the Merrick Boulevard 165th Bus Terminal and Beverly Edge was an early student of the center and would take her daughters with her to the dance studio.

“We basically lived at dancing school, and therefore spent our lives on ‘the Avenue,’” said Donna Edge-Rachell. “The library, Blimpie’s, Margherita’s Pizza, The Colosseum, VIM, Gertz Mall were our stomping grounds. Downtown Jamaica holds great memories for us and we’re excited to be coming back home.”

Ffrench believes the timing for ESOTA and JCAL to join forces couldn’t be better.

“This agreement comes at a perfect moment for JCAL,” he said. “ESOTA’s reputation will complement our growing list of performing and visual arts classes and programs that JCAL will offer in 2022 — our 50th anniversary year.”