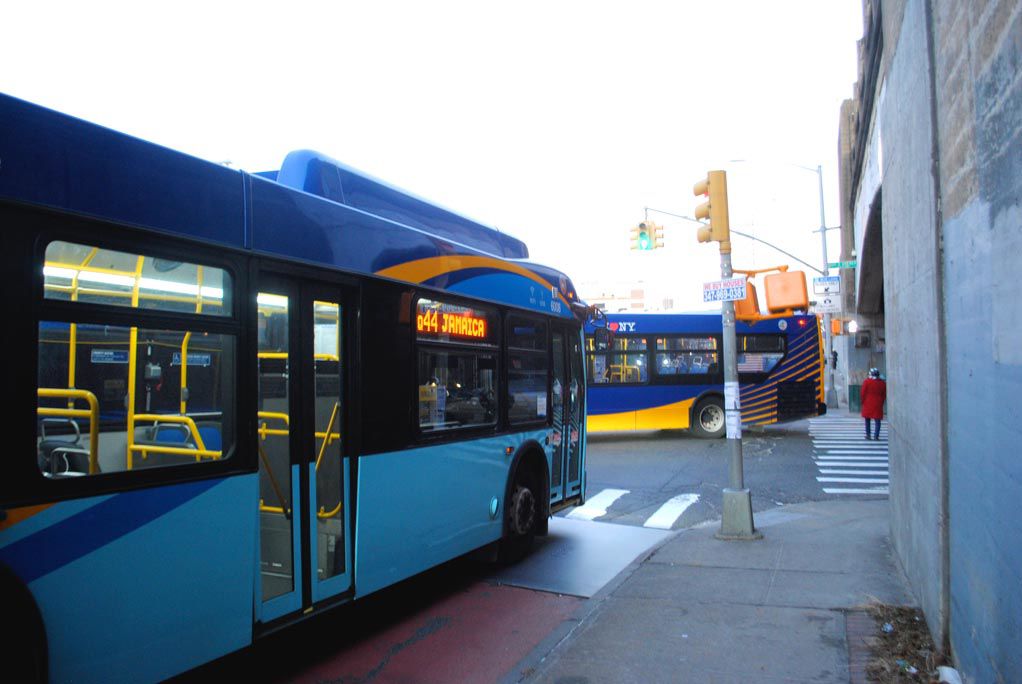 MTA officials stopped off just south of this York College bus stop on Archer Avenue in Jamaica on Tuesday, soliciting more public input on proposed changes to Queens bus routes at a meeting of Community Board 12’s Transportation Committee. 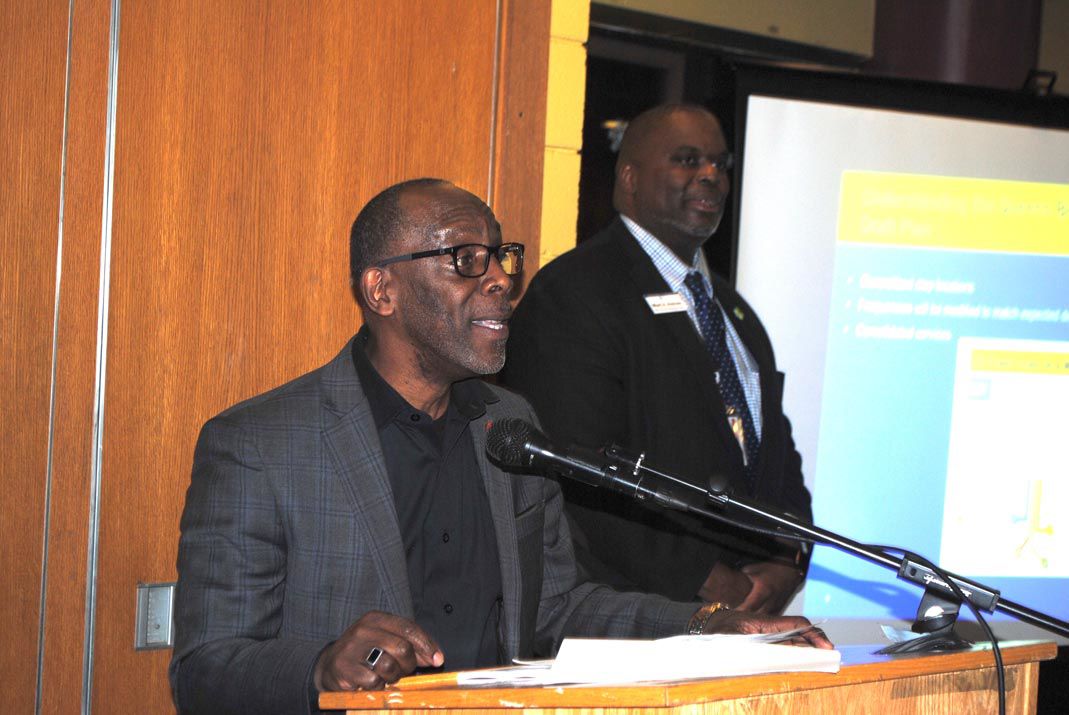 Counciiman Daneek Miller, at mic, and Mark Holmes of MTA Bus were among the speakers Tuesday night as the agency discussed the redesign of the borough’s bus routes at a meeting of Community Board 12’s Transportation Committee.

MTA officials stopped off just south of this York College bus stop on Archer Avenue in Jamaica on Tuesday, soliciting more public input on proposed changes to Queens bus routes at a meeting of Community Board 12’s Transportation Committee.

Counciiman Daneek Miller, at mic, and Mark Holmes of MTA Bus were among the speakers Tuesday night as the agency discussed the redesign of the borough’s bus routes at a meeting of Community Board 12’s Transportation Committee.

The Metropolitan Transportation Authority had no shortage of opinions Tuesday evening as it brought its Queens bus route redesign campaign to York College in Jamaica.

The agency, looking to revamp a draft proposal that has been roundly and almost universally criticized, made a presentation before more than 90 residents at the meeting of Community Board 12’s Transportation Committee.

Mark Holmes, chief officer of operations and planning for MTA Bus, spoke of how he relied on the bus network growing up and living in Southeast Queens whether it was getting to school or getting to work.

“This is personal for me,” he said.

Like CB 12 Transportation Chairwoman Michele Keller before him, Holmes reminded the crowd that, problems and all, the existing 434-page proposal remains a draft plan with no set implementation date.

“We’re going to get this right,” he said.

One of the problems, Holmes said, is that the bus routes all go back to the days when Queens had four privately operated bus lines to go with city service, leading to the routes in operation today, many of which have not changed in decades despite neighborhood, traffic and demographic changes.

Two of the least popular proposals are the restructuring of routes that might require transfers for people who right now have one-seat rides; and the elimination, or as the MTA is calling it, consolidation of bus stops. The agency said the purpose behind both is to make service faster and more efficient.

“Each bus stop that is eliminated saves 20 seconds,” Holmes said, adding that the MTA will take into consideration the location of schools, senior centers, hospitals and other factors before any final decision is made. He also said consolidation of bus routes can lead to better service and faster times between destinations.

Councilwoman Adrienne Adams (D-Jamaica), a critic of the draft plan, said she wanted just one thing out of the meeting.

“I want to make sure people are heard tonight,” she said.

At least one resident, Passengers United transit advocate Charlton D’souza of Queens Village, felt the MTA came up short in that respect.

“They’re having us write out questions on cards,” D’souza said. “I think people should be allowed to speak.”

Councilman Daneek Miller (D-St. Albans), a retired Queens bus operator and bus driver union president, had been encouraging residents to attend through emails and social media in the days leading up to the meeting. He took up Holmes’ theme of old, tangled and formerly competing bus lines to once again call into question the MTA’s stated intention to make any new system revenue-neutral.

“You can’t take a system that in some cases hasn’t changed in 75 years and fix it without investing money,” he said.

The MTA is hosting workshops and attending community board and civic association meetings through next month to get more rider input [see separate story in some editions or at qchron.com].