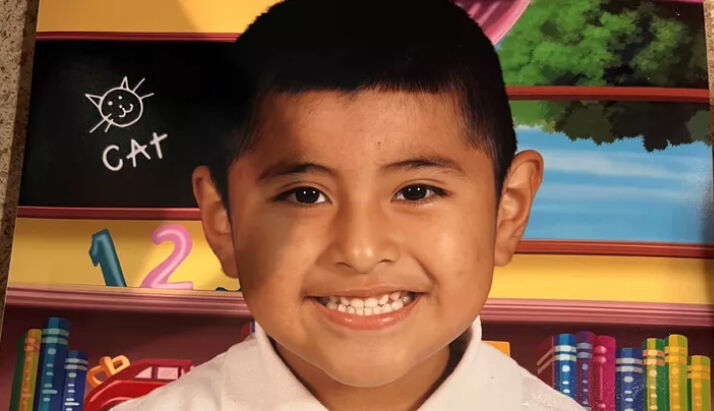 Jonathan Martinez was killed while crossing a street with his father and two brothers. 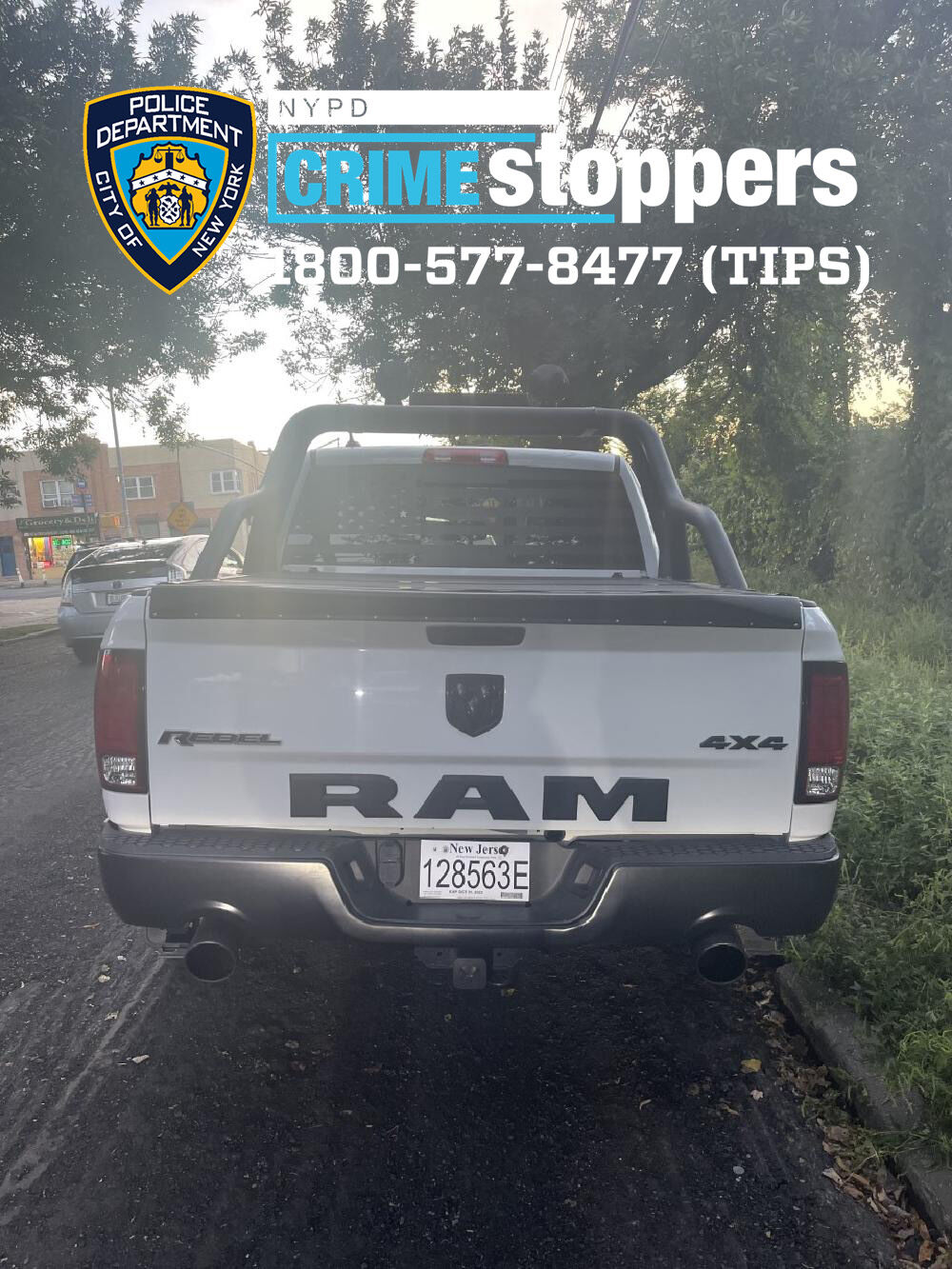 Police are seeking the driver of this 2018 Dodge Ram 1500 pickup truck with New Jersey license plate 128563E, which mowed down 5-year-old Jonathan Martinez on Thursday. 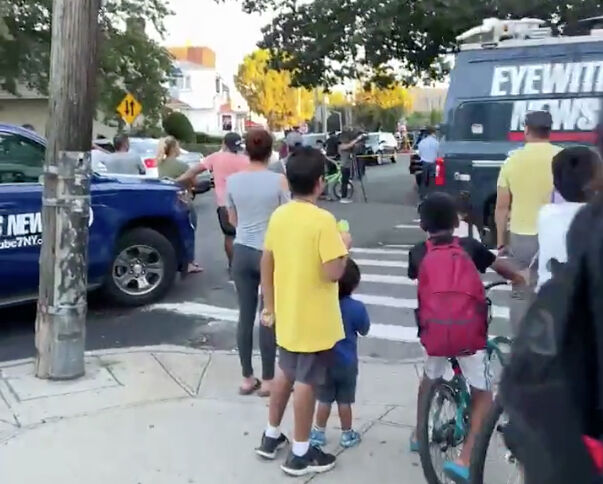 People gather near the site of a hit-and-run crash that took the life of a 5-year-old boy crossing the street with his family Thursday.

Jonathan Martinez was killed while crossing a street with his father and two brothers.

Police are seeking the driver of this 2018 Dodge Ram 1500 pickup truck with New Jersey license plate 128563E, which mowed down 5-year-old Jonathan Martinez on Thursday.

People gather near the site of a hit-and-run crash that took the life of a 5-year-old boy crossing the street with his family Thursday.

A 5-year-old boy who was "always laughing and smiling" was run over and killed by a driver who kept going in East Elmhurst Thursday afternoon.

Jonathan Martinez was walking with his family across 100th Street at McIntosh Street a little before 5:30 p.m. when he was hit and dragged by a pickup truck making a turn, the NYPD said. The truck, a white Dodge Ram, had been going north on McIntosh and made the hairpin turn onto southbound 100th, the department reported.

Jonathan was crossing the street hand-in-hand with his two brothers and their father when he was struck, video posted on Twitter by Daily News reporter Liam Quigley shows. The vehicle continued down 100th Street as the father tried to flag down the driver, NBC News said.

[Update: Police released a copy of the video on Saturday, with the family's faces blurred out, along with still images of the truck, which on the rear has New Jersey license plate 128563E].

Jonathan was taken to NYC Health + Hospitals/Elmhurst and pronounced dead.

NBC said both of Jonathan's parents witnessed the incident. The family lives two blocks away at 27-50 McIntosh, police said.

The NYPD’s Collision Investigation Squad is investigating the crash and police are seeking the driver.

The truck that hit Jonathan is a four-door Ram 1500. As seen in the video posted by Quigley, it has black rollbars in the bed, which also has a black cover. Atop the rollbars are two lights. White letters outlined in black on the rear fenders say "Rebel" above two short, broad black stripes, while "Ram" is printed in large black letters on the tailgate. The "4x4" characters indicating four-wheel drive appear on the top right of the tailgate.

A GoFundMe page was set up to aid Jonathan's family with funeral expenses. It can be found at bit.ly/3q3oj2C.

"Jonathan was the sweetest and brightest boy. He was only five years old. He loved singing and dancing and worshiping the lord. He loved all Spider-Man and car toys. His best friends were his brother Joel, Joshua and his sister Joanna. He adored his parents.

"Jonathan was excited for school that he had everything ready. He was always laughing and smiling. His personality lightened up the whole room and filled all of our hearts. His family, friends and church will forever miss Jonathan.

"We do not want his parents to worry about funeral cost at any sort. We are asking if you can kindly help this family who is undergoing a tragedy. No money can ever console the aching heart of a mother and father and nothing could bring back our little boy but it will help be able to give him the greatest farewell. Any donations is blessing. Thank you all and God bless you."

This article was updated to include information seen on a video posted to Twitter by Daily News reporter Liam Quigley and from a GoFundMe page set up to aid Jonathan Martinez's family. Later updates include mention of the NYPD releasing the same video, along with a photo of the truck showing its license plate, and the funds raised by Monday afternoon.