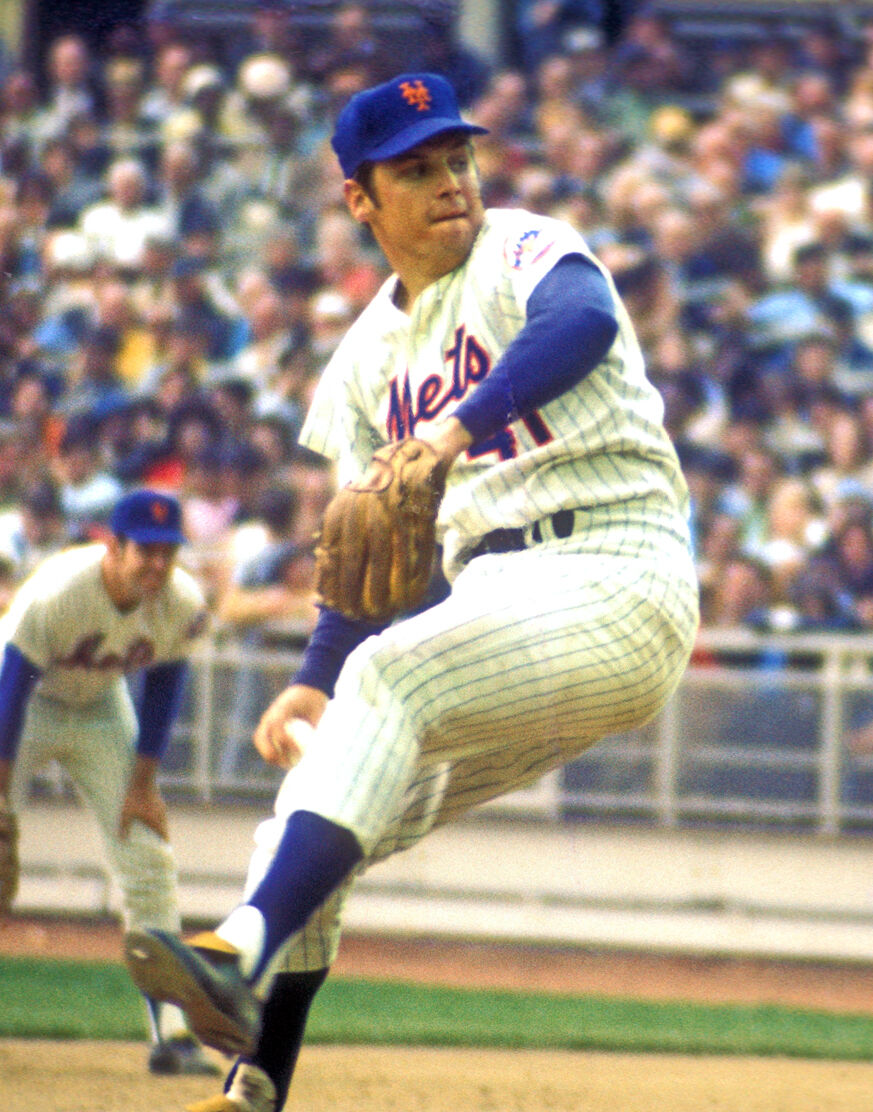 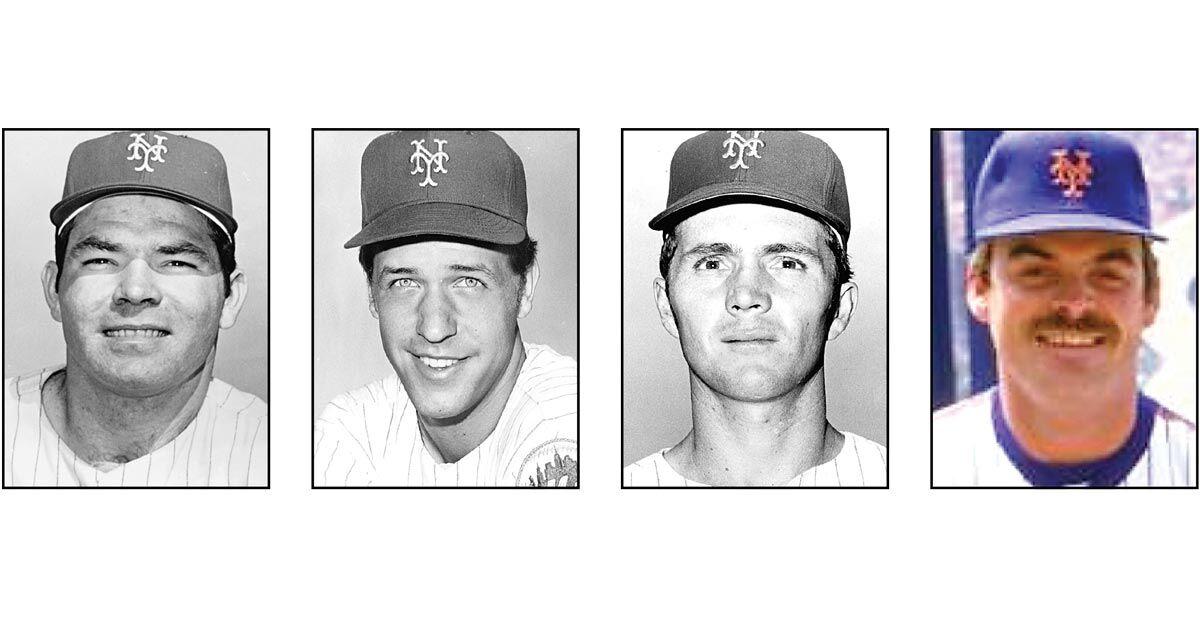 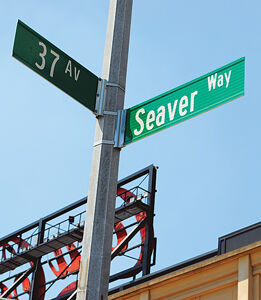 The Hall of Fame reported that Seaver died from complications of Lewy body dementia and COVID-19.

“We are heartbroken to share that our beloved husband and father has passed away,” said his wife Nancy Seaver and daughters Sarah and Anne, in the press release from Cooperstown. “We send our love out to his fans, as we mourn his loss with you.”

“If you’re old enough to have watched him pitch, you have a notion of what greatness is about,” former teammate Ron Swoboda told the Chronicle. “And if you played behind him you had the same notion.”

Swoboda had been an outfielder on losing Mets teams in 1965 and 1966 but saw things change in 1967, even as the team continued to lose.

“When you saw Seaver show up, you realized this is the kind of stuff championships are made of,” he said, adding, “His confidence was palpable.”

The Mets had been “lovable losers” since 1962 but Seaver changed the attitude.

“When I came to the Mets there was an aura of defeatism on the team, a feeling of let’s get it over with,” Seaver told Sports Illustrated in 1969. “I could not accept that.”

Seaver, who served in the U.S. Marine Corps and was obtained by the Mets in a special draft lottery, was named National League Rookie of the Year in 1967 and even pitched a shutout inning to close out the All-Star Game, a 2-1 NL victory in 15 innings.

“A lot of players can’t handle New York but he sure handled it, didn’t he?” said 1969 Mets infielder Bobby Pfeil.

Following a sweep of the Braves in the NLCS, the Miracle Mets, who had never finished higher than ninth place, stunned the world by winning the World Series against the powerful Baltimore Orioles.

The Mets made it back to the World Series in 1973, with Seaver winning his second Cy Young award and beating the Cincinnati Reds in the decisive game of the National League Championship Series.

“I marveled often,” pitcher Jon Matlack said, crediting Seaver as a mentor. “Not everyone has that competitive spirit and attitude. He was fun to be around and fun to watch.”

Matlack, a three-time All-Star, said he would watch Seaver warmup in the Shea Stadium bullpen for a start and sometimes worry that he wasn’t sharp — but Seaver would put it together as the game went along.

“Somewhere in that time frame he would find the missing piece,” Matlack said. “You wish you could call the other dugout and say, ‘Boys, you’re not scoring any more runs.’”

Seaver won a third Cy Young award in 1975, and in 1976 he set a record with at least 200 strikeouts in nine consecutive seasons.

Yankee powerhouse Reggie Jackson once said of Seaver that “Blind people come to the park just to listen to him pitch.”

While the fans loved Seaver, his relationship with management was not as strong. As contracts started to grow in the mid-1970s, Seaver and M. Donald Grant, the team’s chairman of the board, traded barbs, which played out in the city’s newspapers.

On June 15, 1977, the Mets traded Seaver to the Reds for Pat Zachry, Doug Flynn, Steve Henderson and Dan Norman. The team also traded slugger Dave Kingman in what came to be known by fans and media as “The Midnight Massacre.”

“Why would you get rid of that nucleus instead of trying to build around it?” Matlack said.

While the Mets went down the drain for several seasons, Seaver continued to roll. In 1978 he made the All-Star team and even pitched the no-hitter that had eluded him in New York.

He helped the Reds win the NL West title in 1979, leading the league with five shutouts, and made the All-Star team for the 12th time in 1981.

After the 1982 season, the Mets righted a wrong and brought Seaver back to Flushing, making another trade with the Reds.

On April 5, 1983, Seaver pitched six shutout innings against the Phillies in his return to the Mets as Shea saw its biggest Opening Day crowd in 15 years.

The fans were happy to have him back and the younger players were thrilled too.

“For me it was tremendous,” Walt Terrell told the Chronicle. “He was one of the guys I looked up to. Obviously, the talent level, I would love to say it was a little different but it was a lot different.”

Seaver the jokester would ask to see Terrell’s check on payday and then reach into his pocket.

“Let me cash that for you,” Seaver said.

Terrell tried to sit near him whenever he could and said Seaver would tell him when Terrell was tipping pitches.

“He volunteered to help you, which wasn’t always the case with the older pitchers,” Terrell said.

Terrell did tie Seaver’s team record for home runs by a pitcher in a season with three.

“I figured someone would catch me but I didn’t think it would be you,” Seaver said.

Seaver went 9-14 in 1983 and though the Mets lost 94 games, a bright future was on the horizon as Darryl Strawberry came up from the minor leagues and the team traded for MVP first baseman Keith Hernandez.

But Tom Terrific would not be a part of it as the Chicago White Sox claimed him in the free-agent compensation pool as the Mets embarrassingly failed to protect him.

“The Mets certainly made a mistake by not protecting me,” Seaver said at a press conference after the stunning events. “You don’t have to be a Harvard law student to figure it out.”

“Tom Seaver joined the White Sox in 1984 and his class and character immediately impressed all who encountered him,” White Sox chairman Jerry Reinsdorf said in a statement. “Tom was respected by everyone in the game and that respect was so well deserved. He was the consummate professional in everything he did, and at the same time, he had a fantastic sense of humor that reverberated around the clubhouse. Tom was an artist on the mound, who loved and respected the game of baseball with an unmatched passion.”

There were rumors of Seaver, who wanted to be close to his Connecticut home, being traded to the Mets or Yankees in 1986, but instead it was the Boston Red Sox who acquired him in late June.

The Red Sox made the playoffs but a knee injury kept him out of action, sparing Mets fans from seeing Seaver pitch against the Flushing faithful in the World Series.

His career was apparently over but he made one last attempt to pitch in 1987. The Mets rotation was decimated as Dwight Gooden missed two months because of a failed drug test and other starters were sidelined with injuries.

But Seaver pitched poorly in an exhibition game against minor leaguers and in two simulated games against the Mets. Backup catcher Barry Lyons went six-for-six in one of the simulated games. When a reporter at Seaver’s retirement press conference asked him who the toughest hitter he ever faced was, Seaver replied, “Barry Lyons.”

The greatest Met joined the Yankees broadcast booth from 1989 through 1993 before returning to the Mets organization to announce from 1999 through 2005.

Seaver was elected to the Hall of Fame in 1992 when he was named on a then-record 98.84 percent of ballots cast by members of the Baseball Writers’ Association of America.

“We are devastated to learn of the passing of Mets legend and Baseball Hall of Famer Tom Seaver,” Mets owners Fred and Jeff Wilpon said in a statement sent out on Twitter. “Tom was nicknamed ‘The Franchise’ and ‘Tom Terrific’ because of how valuable he truly was to our organization and our loyal fans, as his #41 was the first player number retired by the organization in 1988. He was simply the greatest Mets player of all-time, and among the best to ever play the game ... Beyond the multitude of awards, records, accolades, World Series championship, All-Star appearances, and just overall brilliance, we will always remember Tom for his passion and devotion to his family, the game of baseball and his vineyard.”

Seaver retreated from public life in recent years and his family announced in March 2019 that he was diagnosed with dementia.

“The game is a lesser place because people like him are no longer in it,” Matlack said.

Michael Gannon contributed to this story.