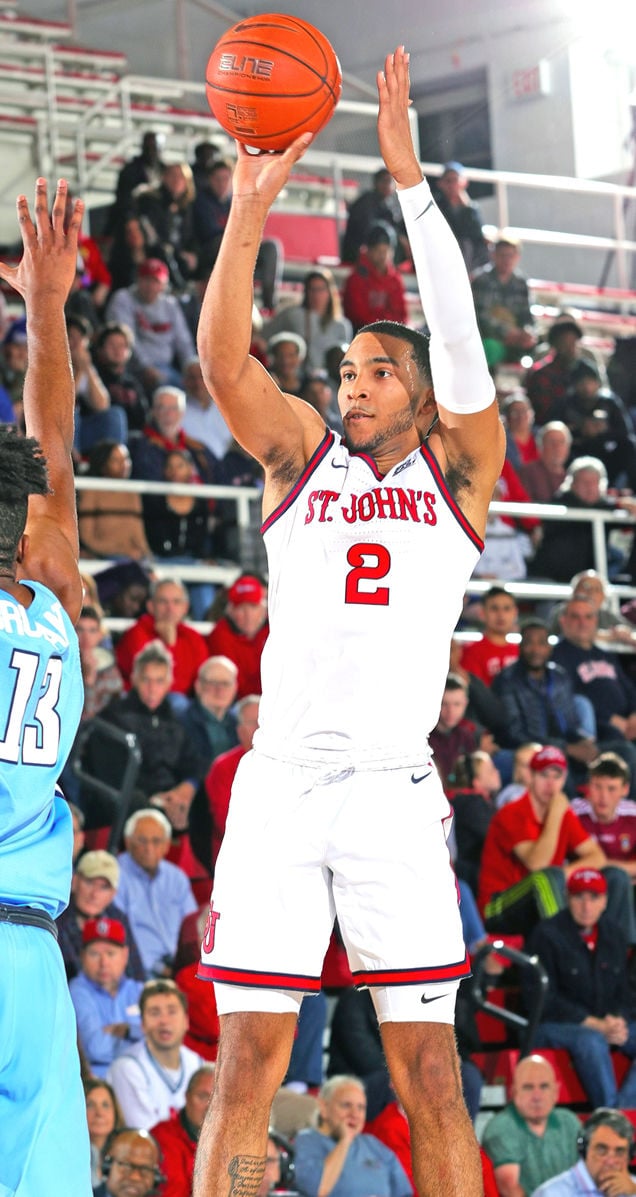 With both the men’s and women’s teams enjoying successful seasons the St. John’s Red Storm basketball teams had four players recognized by the Metropolitan Basketball Writers Association for their standout play during the 2019-20 campaign.

The Metropolitan Basketball Writers Association, the home of the Haggerty Award for 87 years, unveiled the 2019-20 All-Met Division I teams this week, via its website, in lieu of an annual dinner.

Hoppie, top left, a second team All-Big East selection, paced the Red Storm in scoring over the 2019-20 season, averaging 15.4 points per game to rank 10th in the conference.

Correa, top center, who averaged 12.8 points per game, earned a slew of accolades over her freshman campaign, as she was named the Big East’s Sixth Women of the Year.

Figueroa, top right, led the Red Storm in scoring this season with 14.5 points per outing, which also ranked him 12th in the Big East.

A 6-8 forward Champagnie, right, who was named to the Big East All-Freshman team, averaged 9.9 points and grabbed 6.5 rebounds per game in Mike Anderson’s first year at the helm.