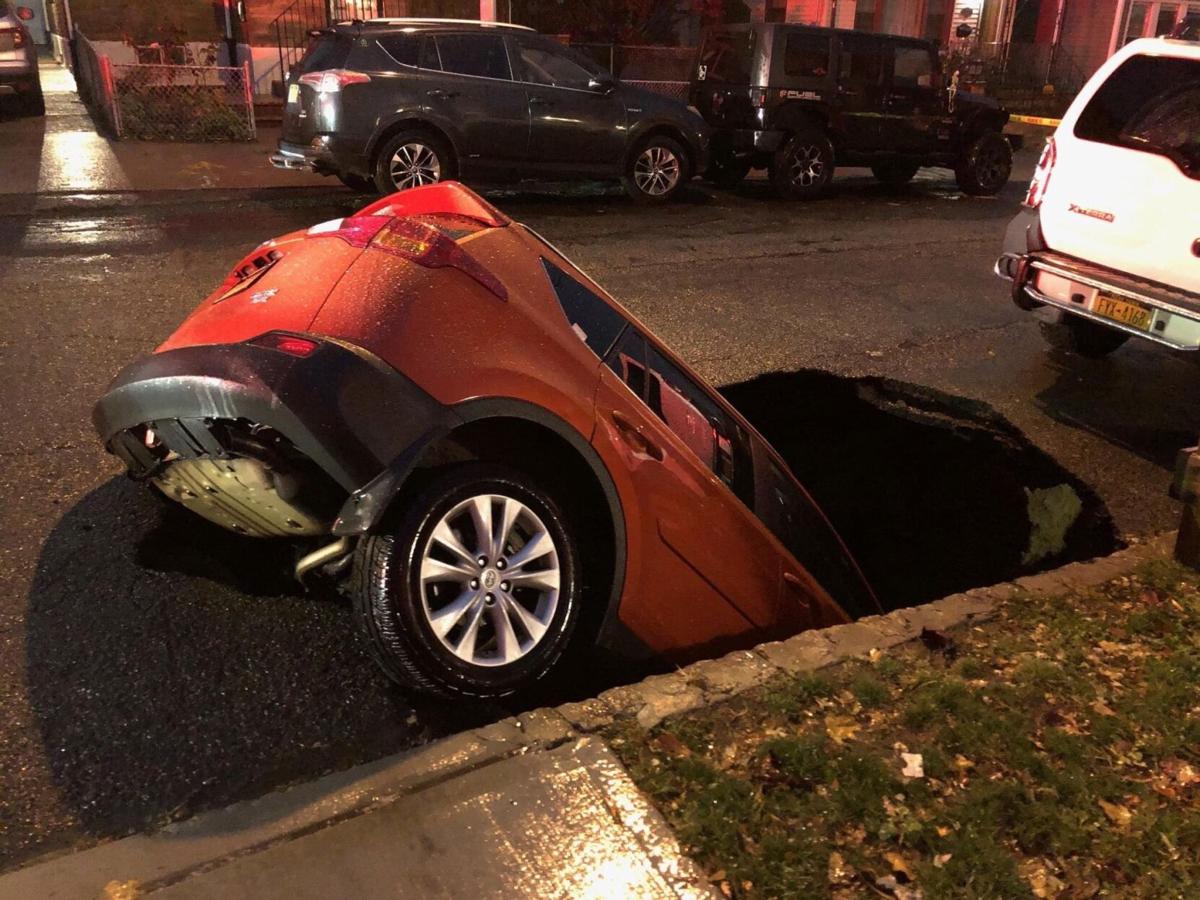 The scene of the Maspeth sinkhole before and after as an empty Toyota fell in early Thursday morning. 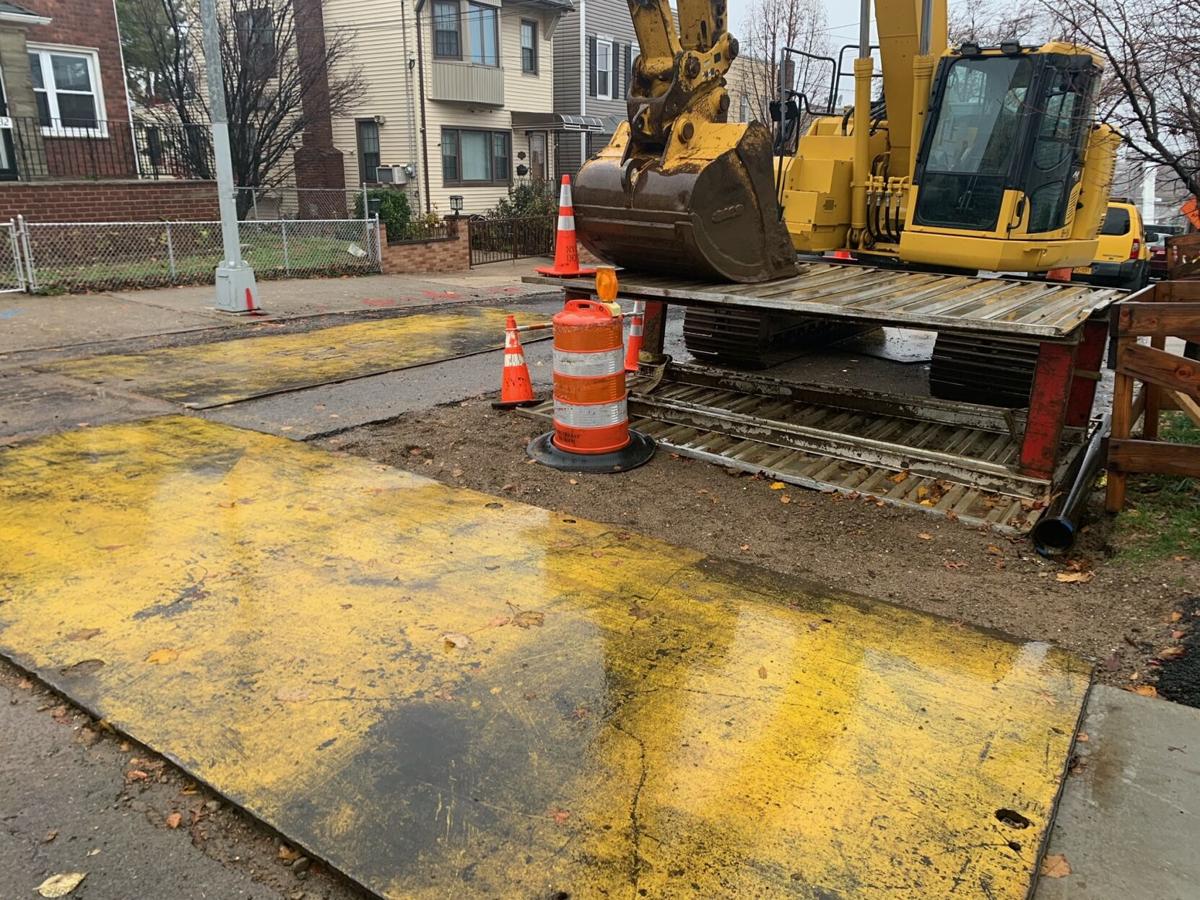 The scene of the Maspeth sinkhole before and after as an empty Toyota fell in early Thursday morning.

A sinkhole between 12 and 15 feet deep swallowed a Toyota RAV4 Thanksgiving morning on 70th Street in Maspeth.

The city’s Department of Design and Construction has been working on upgrading the 70th Street sewer, including the block where the incident occurred.

“We do not know necessarily just yet whether or not the sewer work caused the sinkhole,” said Ian Michaels of the DDC.

He said sinkholes are not uncommon with the majority caused by a leaking pipe. Water washes away dirt holding up the street, creating a void underneath the concrete layer, which then collapses.

“This one got a lot of attention because a car fell through it and there was a cool picture and it was Thanksgiving,” Michaels said, adding, “The sinkhole is probably not the same shape as the hole that you saw in the street where the car fell through. It’s very likely the sinkhole is bigger.”

Wanzdi Sherpa was getting ready to take his dog for a walk when he saw his brother’s car was vertical.

“I said, ‘What happened?’” Sherpa told the Chronicle.

He told his brother, an Uber driver, that his vehicle was in a sinkhole.

His brother, Thupten Topjy, said he considered it his “lucky day” because his shift often begins around the time the car fell in but instead he took off for the holiday.

One house on the block lost utilities which were fixed the same day, as was the area of the sinkhole by 5 p.m. last Thursday.

The NYPD closed off 70th Street between 52nd and 53rd avenues, where the hole opened up, and 52nd Drive between 69th and 70th streets in response.

But he said finding the cause of this might be difficult.

“I’ve seen situations like this where they know right away, where they open up the street and they go, ‘Oh yeah, that’s it.’ This is not one of those situations,” he said. “I really don’t know how long it will take or if ultimately in the end we’ll really get definitive answers. It’s possible that we won’t.”

Councilman Bob Holden (D-Middle Village), who posted a photo of the mishap on Twitter, said the DDC told him the agency would determine what happened and make the area is safe.

Michaels said if anyone thinks the city caused damage to their property because of a sinkhole should file a claim for damage with the Comptroller’s Office.