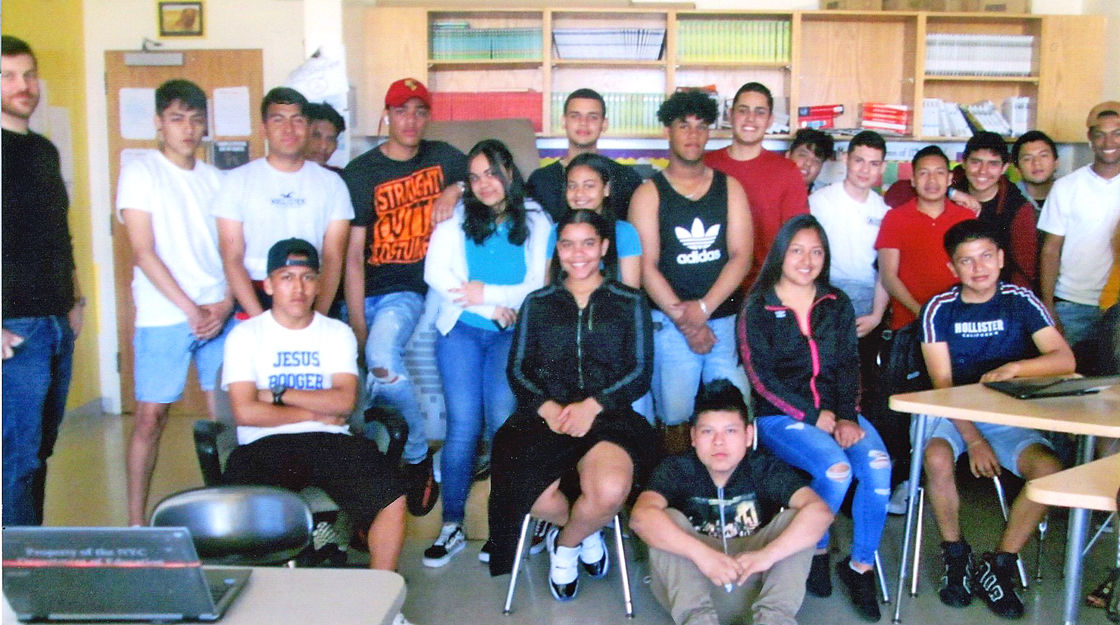 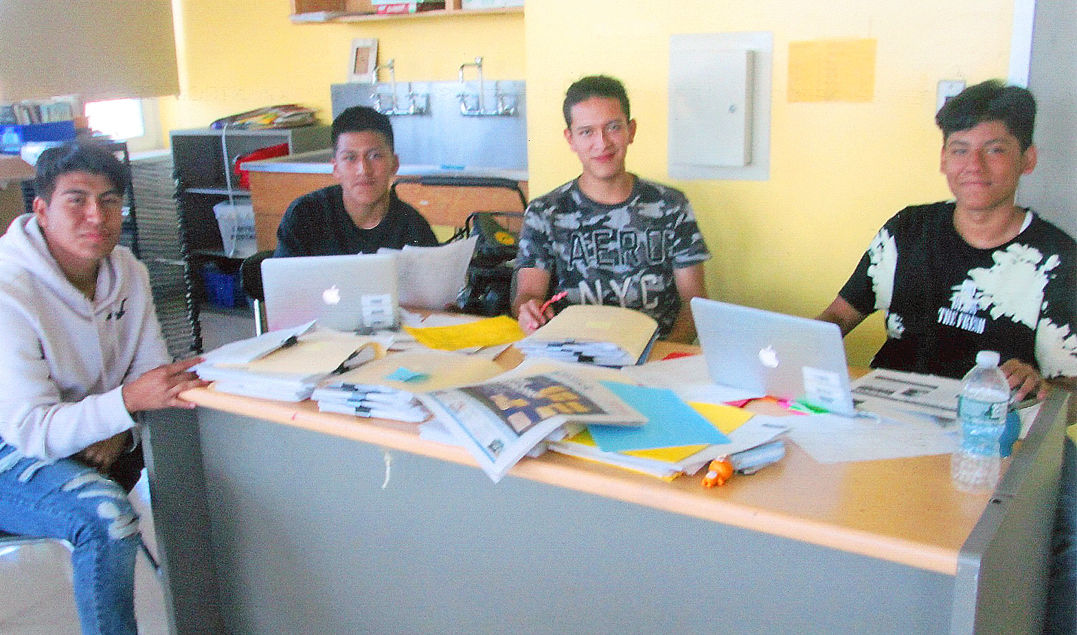 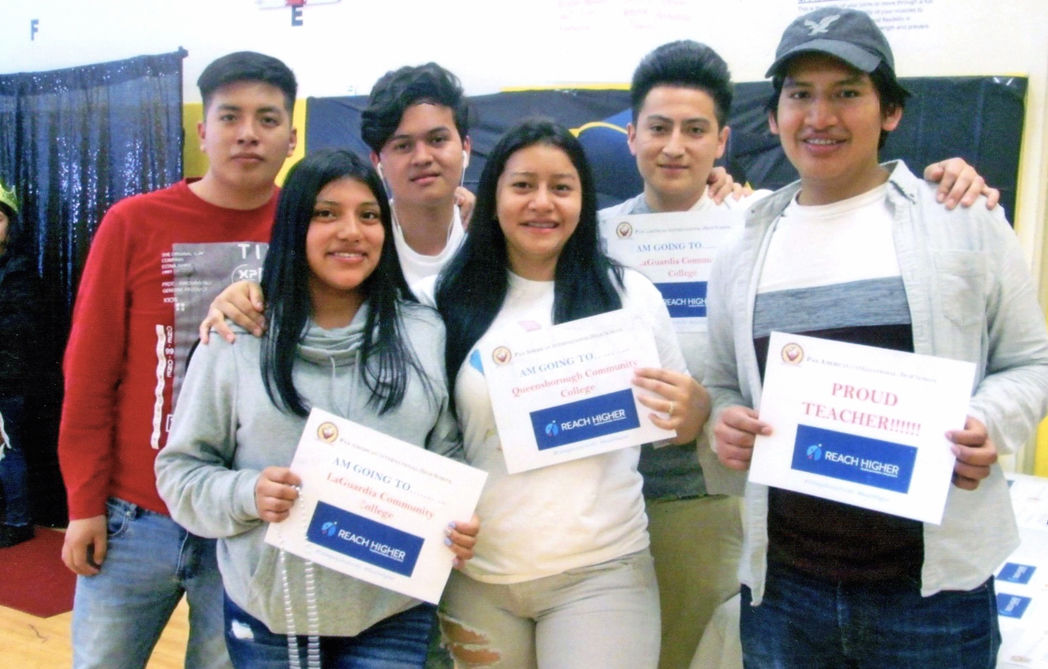 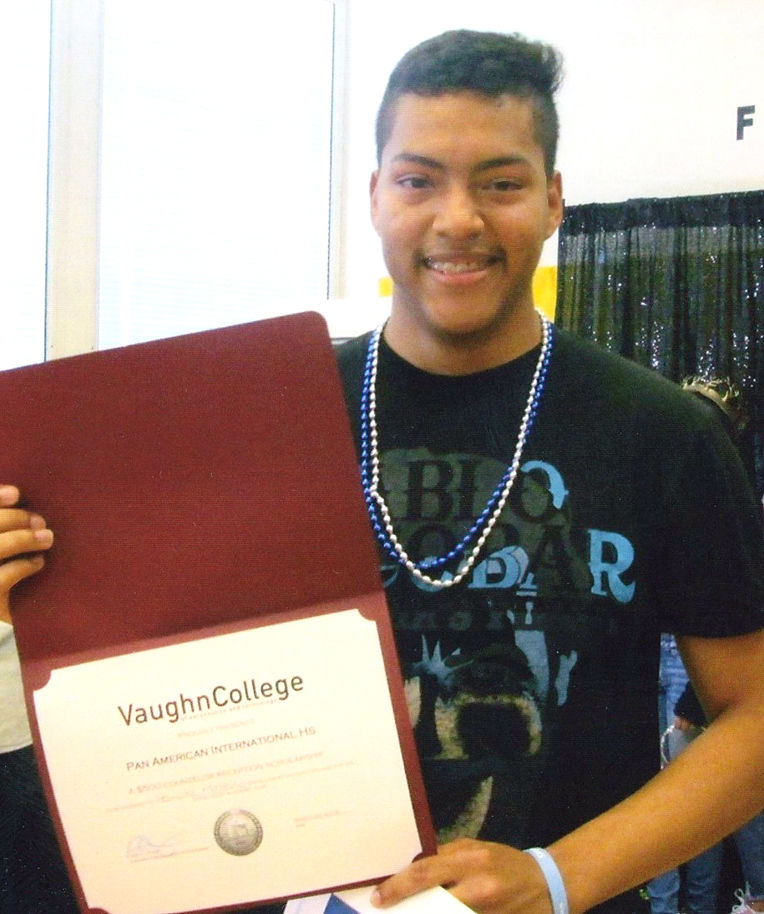 English teacher Max Mosley from the Pan American International High School in Elmhurst took his eleventh-grade English to see “To Kill A Mockingbird” on Broadway after reading the novel in class.

Mr. Mosley commented that, “I think it’s a really important story about the United States and for our students who are new to the country, it’s an important opportunity to learn about the complicated history of racism and justice in the United States.” Student Yeimi said, “It was really awesome to see the the great change in Atticus’ character from always being polite and friendly to engage in fighting for what he believed.”

Since the mission of the school is to integrate international students into American culture and prepare them for a career, many of the students had never been to Broadway or even seen a Broadway show.

In the PAIHS Internship program, which is administered by Ms. Burgos, the students attend their academic classes in the morning and then spend two hours at their internship, which may be in the school or at an outside private firm or a government office. In the program, students receive lessons about career research, interview skills, time management and workplace etiquette, while teachers observe them at work and give them a grade for the quality of their work.

Seniors from the PAIHS are shown at their College Declaration Day, when the students sent letters formally accepting admission to the college which they chose to attend. This is a final important step for students because if they wait too long they could miss the final date when admissions are accepted. The event took place in the school gym where College Advisor Shirley Torres and Post Secondary Coach and school aide Mariana Arango arranged for a DJ, dancing, food and a photo booth. The photo shows some students with their signed acceptance letters. Also, senior Harold Montano holds a certificate announcing that he won a $500 scholarship from Vaughn College in Flushing.

If you would like to be featured on a School Spotlight page, call Lisa LiCausi, Education Coordinator, at (718) 205-8000, Ext. 110. Online go to qchron.com/schoolnews.