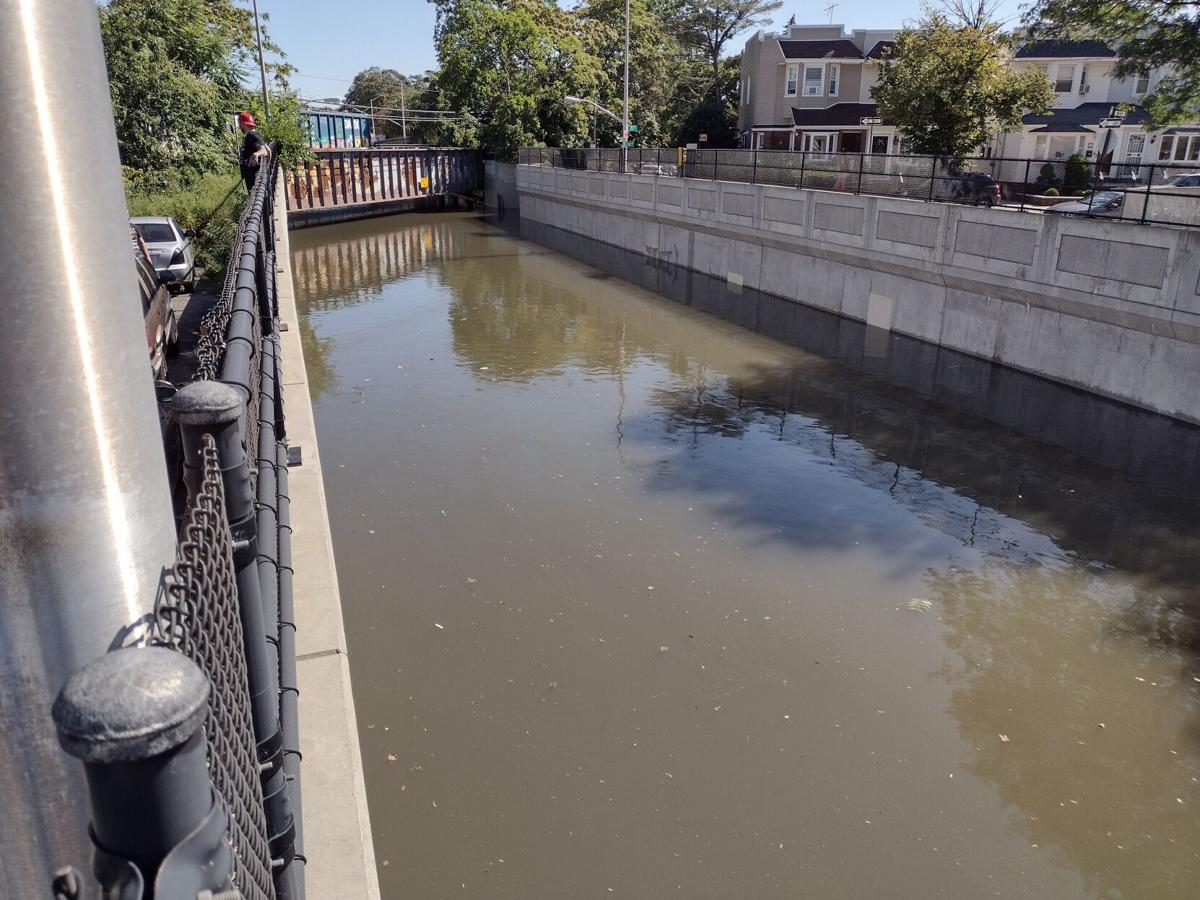 Flooding left an underpass along Cooper Avenue in Glendale submerged in water on Thursday morning. 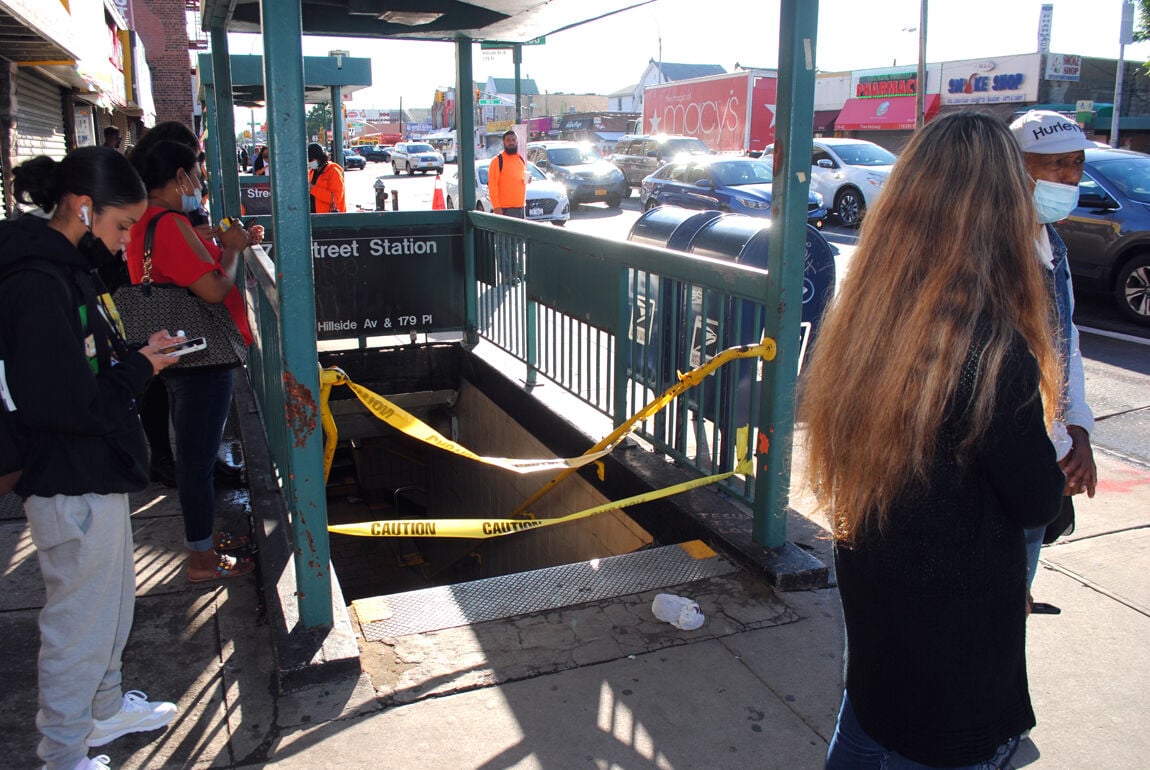 Commuters in Jamaica needed to find alternatives to the F Train at its 179th Street terminus on Hillside Avenue. 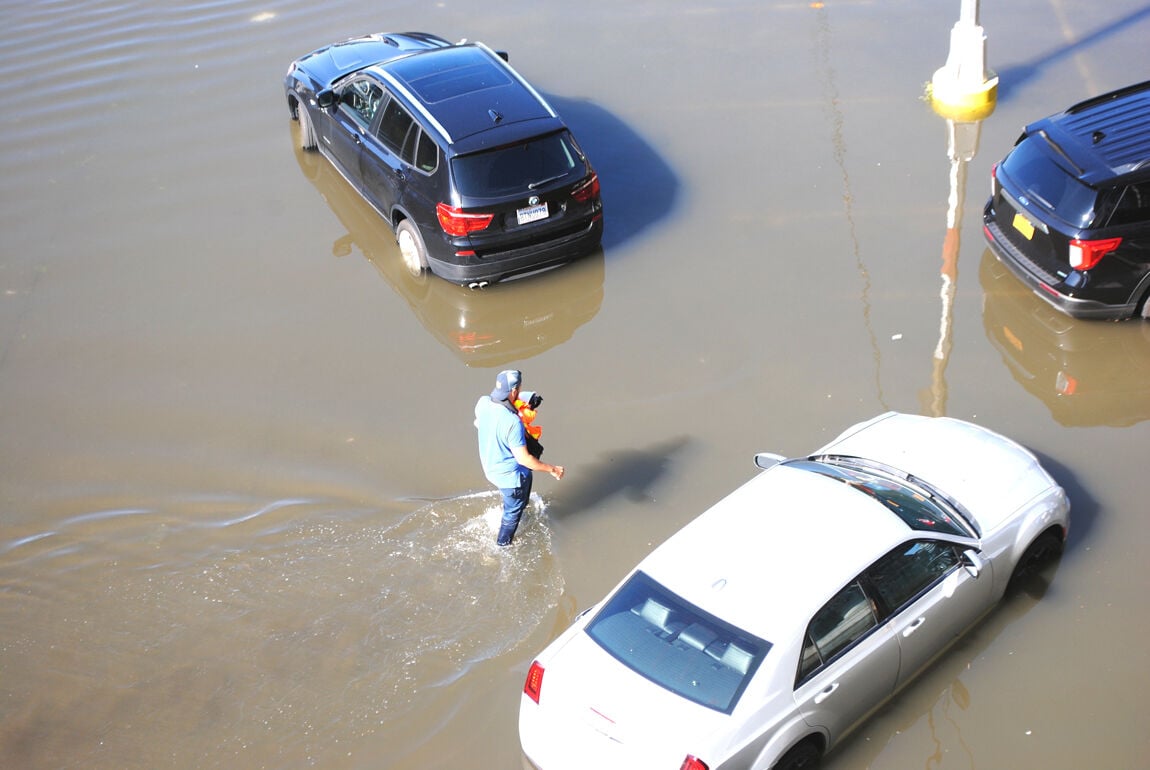 A man wades to his car in a parking lot between the Mets-Willets Point No. 7 train station and a facility for the Metropolitan Transportation Authority. 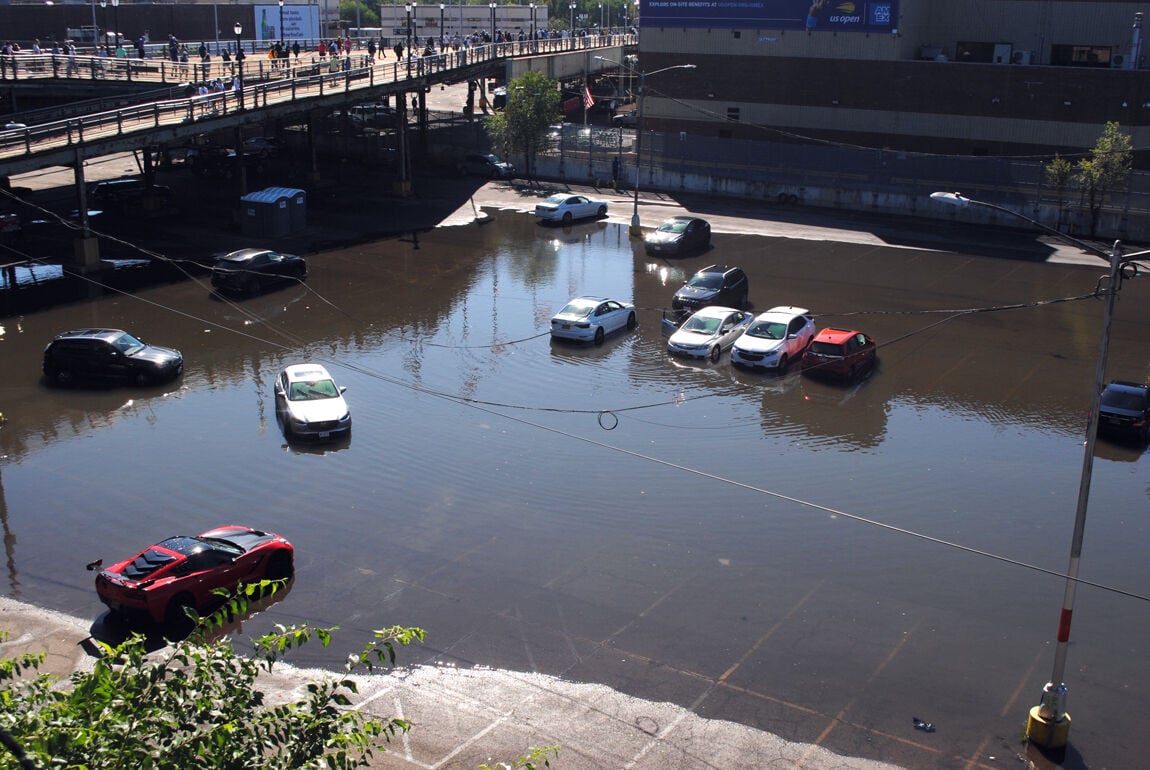 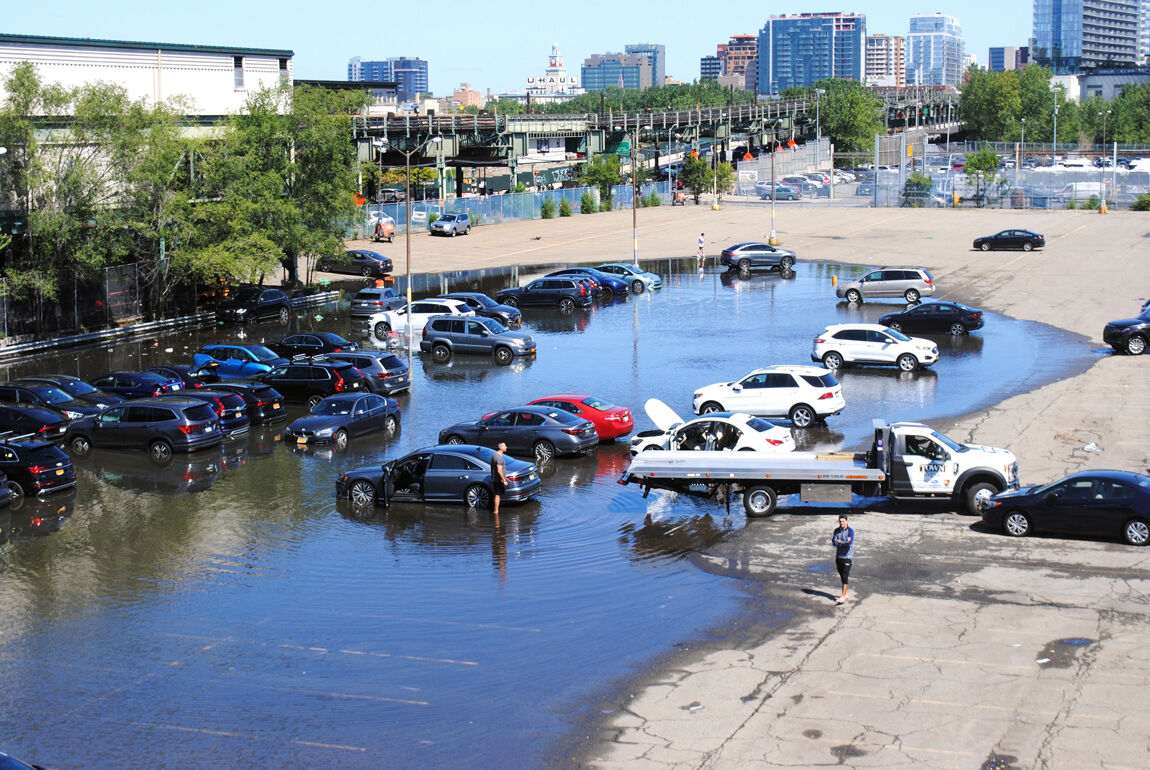 Recovering cars from a flooded parking lot by the Mets-Willets Point subway station and the National Tennis Center.

Flooding left an underpass along Cooper Avenue in Glendale submerged in water on Thursday morning.

Commuters in Jamaica needed to find alternatives to the F Train at its 179th Street terminus on Hillside Avenue.

A man wades to his car in a parking lot between the Mets-Willets Point No. 7 train station and a facility for the Metropolitan Transportation Authority.

Recovering cars from a flooded parking lot by the Mets-Willets Point subway station and the National Tennis Center.

Wednesday night’s torrential rains from the remnants of Hurricane Ida snarled travel into and well beyond Thursday morning’s rush hour.

Just before 8:30 a.m., a crowd of stranded commuters was growing outside of the cordoned-off entrance to the F train subway station at 179th Street and Hillside Avenue in Jamaica as people either waited for buses or consulted their phones or their friends to make alternate travel arrangements.

For anyone who normally takes the F train from Jamaica to the No. 7 train at the 74th Street/Roosevelt Avenue in Jackson Heights, a workable detour would have been taking the Long Island Rail Road from Jamaica Station to Woodside, as the LIRR was cross-honoring MetroCards, and then heading east or west on the 7.

At Jamaica Station between 9 and 9:30, the large crowds initially gathered around the screens announcing tracks and departure times steadily dissipated. The announcements did include that some trains would be running as much as 10 minutes behind schedule.

Riders’ fears were confirmed by a 9:48 a.m. announcement at the No. 7 platform at Woodside, which warned commuters that there still was no service on the E, F, M, R and N lines, and massive delays on the numbered lines in Manhattan. An announcement on the Mets-Willets Point platform at about 1:30 p.m. added the W line into Astoria.

And for tennis fans headed to the US Open at the Billie Jean King National Tennis Center, travel was smooth on the No. 7 line once one could get there. Those who chose to drive to the Open faced massive delays.

And those who parked in what appeared to be an employee lot between the Mets-Willets Point station and a Metropolitan Transportation Authority bus facility outside of the tennis center came out Thursday having to wade to their cars, dozens of which were engulfed in almost knee-high water in some places.

Straphangers weren’t only ones to be blocked by the aftermath of the storm. Several underpasses in central Queens continued to be waterlogged as day broke on Thursday. The Cooper Avenue underpass between 71st Avenue and Edsall Avenue was submerged in at least 10 feet of water. Vincent Arcuri, the Community Board 5 Chairman and a 104th Precinct Civilian Observation Patrol member, who was on scene redirecting traffic, told the Chronicle that the underpass has drainage pumps designed to stop that type of flooding from happening.

He speculated that garbage may be blocking the drain or that power outages stopped the pumps from turning on.

Paul J Schottenhamel, another member of the patrol helping out on the scene, posted on Facebook that Department of Environmental Protection officials told him that it would be another 24 hours before the agency could clear the underpass.

Another underpass — the one under the intersection of Woodhaven Boulevard on Queens Boulevard by the Queens Center Mall — was also flooded and blocked off, according to photos and reports from social media on Thursday morning.