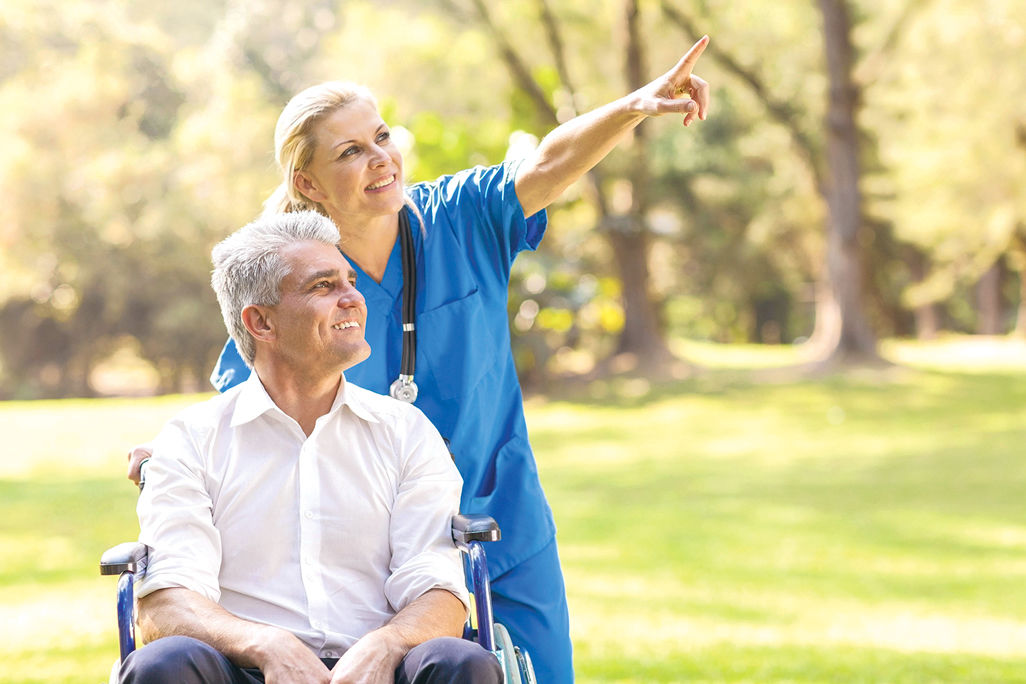 National Nurses Week, which begins on May 6 and ends on the 12th, is a great time to honor and be thankful for the caregivers who help so many seniors function in their day-to-day lives.

National Nurses Week, which begins on May 6 and ends on the 12th, is a great time to honor and be thankful for the caregivers who help so many seniors function in their day-to-day lives.

National Nurses Week, which begins on May 6 and ends on the 12th, is a time to celebrate the caregivers who work so hard for our beloved seniors.

In a recent piece posted on her organization’s website, AARP CEO Jo Ann Jenkins spelled out the importance of the week for nurses.

“Nurses spend more time with patients than any other health care provider, and they have unique insights about the interplay among the factors that affect patient care,” Jenkins wrote. “So, this National Nurses Week, all of us at AARP celebrate their skill, respect their experience and continue our work to enhance their presence in the world of medicine.”

Among those in the profession, the recognition of the week can be a morale-booster.

“It makes me proud, to be honest,” Luis Leighton of Visiting Nurse Service of New York told the Chronicle. “I feel validated, definitely.”

But according to Leighton, who works primarily with seniors as a hospice caregiver, serving as a nurse is already rewarding in many ways.

“It’s something that I’m extremely fortunate to be able to do,” he added. “I do not look at this as a job.”

Leighton, who provides care to seniors more than any other age group, works in Corona, Jackson Heights, Long Island City and other neighborhoods in western Queens.

“There’s so much insight that we can gain from the end of life,” he said.

Being a visiting nurse requires not only medical expertise, but the ability to provide emotional support to families and patients. At the end of the day, being a nurse is a lot of work, but “It’s a service that I think isn’t measurable,” Leighton said.

National Nurses Week was first recognized by President Richard Nixon in a 1974 proclamation.

Interestingly, nurses are celebrated on different days by different people. For example, May 6 is National Nurses Day in the United States; the United Nations celebrates the holiday on May 12, which is the birthday of Florence Nightingale, who is widely considered to be the founder of modern nursing. The 12th is also the same day that the International Council of Nurses celebrates International Nurses Day.

At the urging of the American Nurses Association, President Ronald Reagan signed a bill in 1982 to make May 6 “National Recognition Day for Nurses.”

Prior to Nixon’s proclamation, U.S. Department of Health official Dorothy Sutherland proposed to former President Dwight Eisenhower in 1953 that he dedicate a day of the following year to nurses.

Although Sutherland’s request was not granted by Eisenhower, the first recognized national week for nurses was Oct. 11-16, 1954, because of a bill sponsored by former Congresswoman Francis Bolton. Those days were chosen because it was the week that Nightingale took her famous trip to Crimea a century earlier to help British troops wounded from the country’s war against Russia.