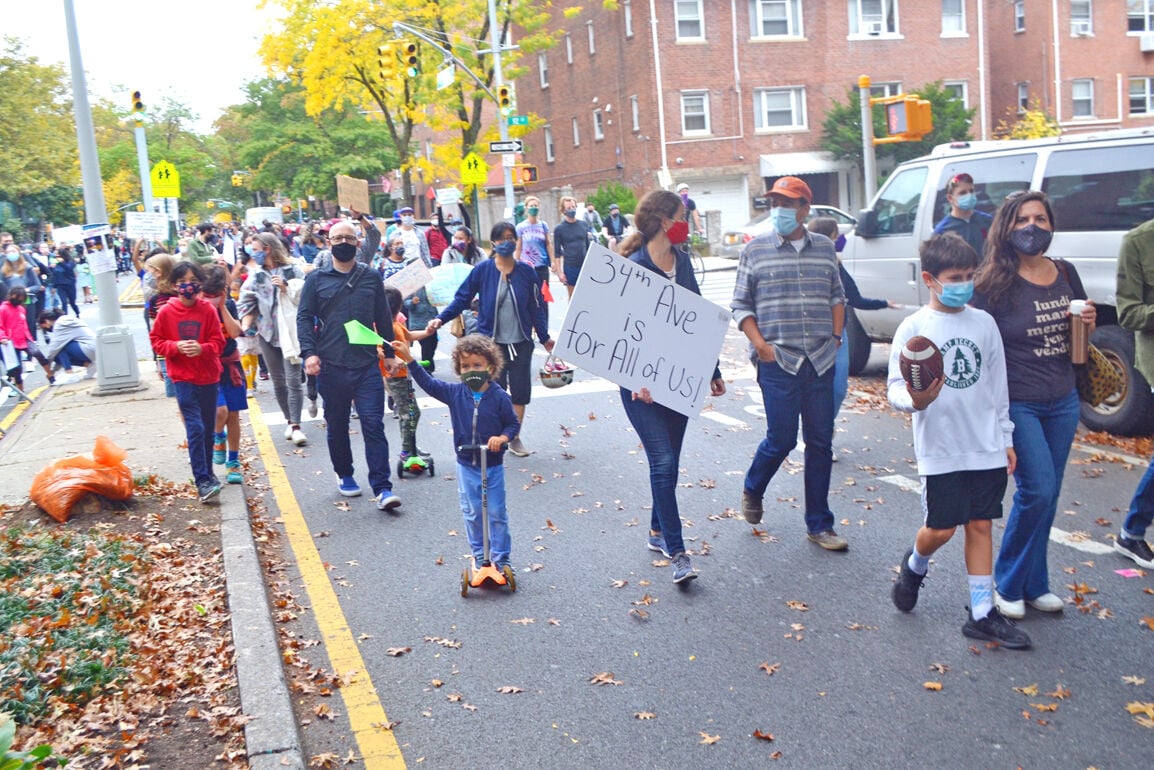 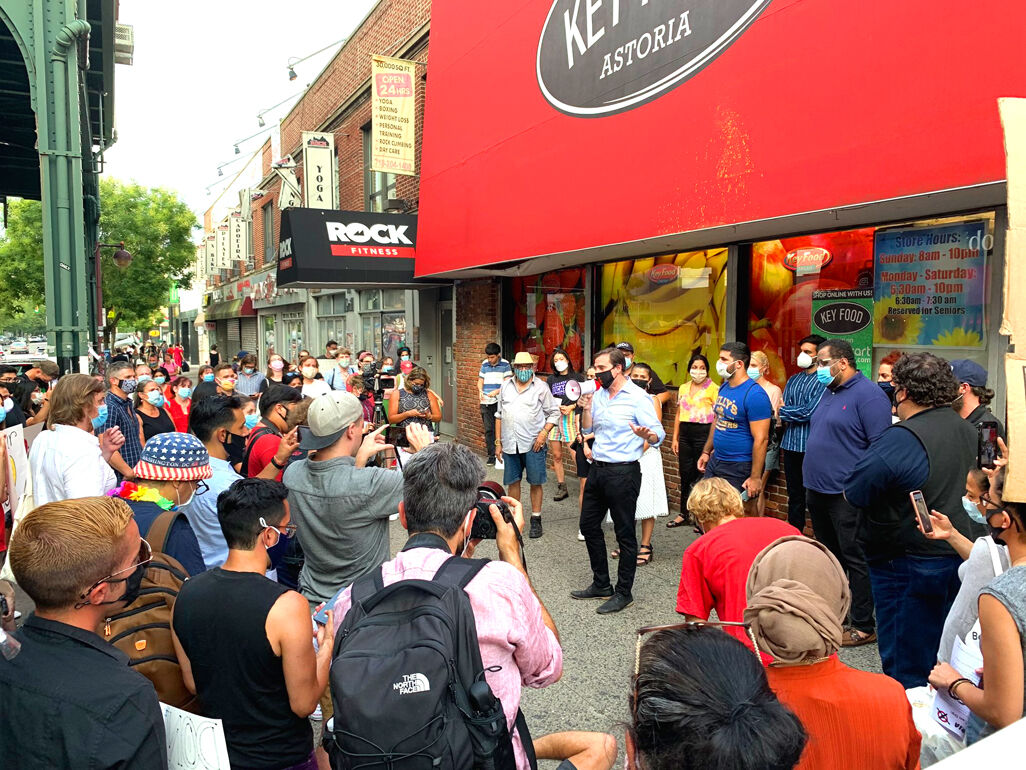 State Sen. Mike Gianaris speaks at a rally for Key Food in Astoria, which eventually closed its doors. 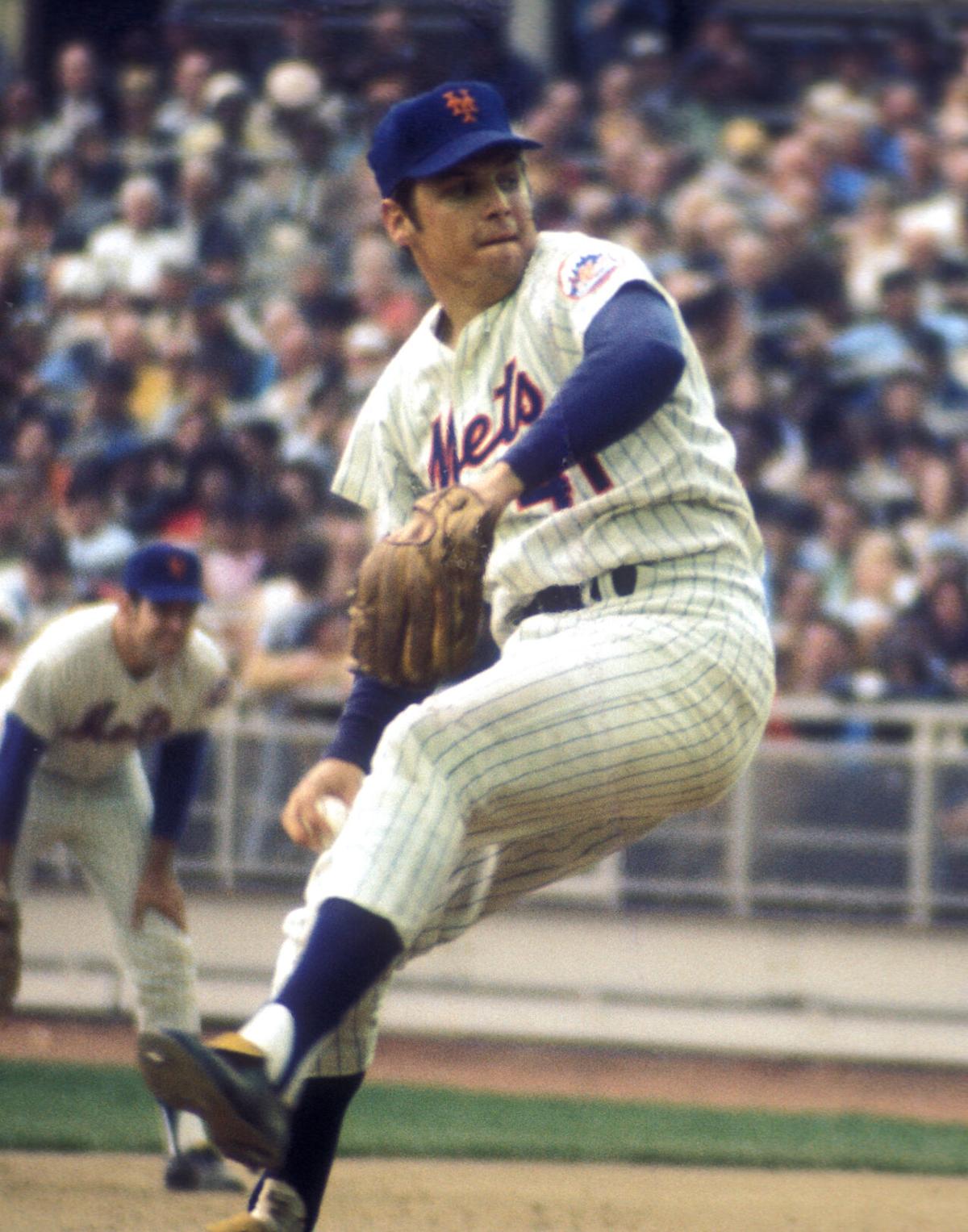 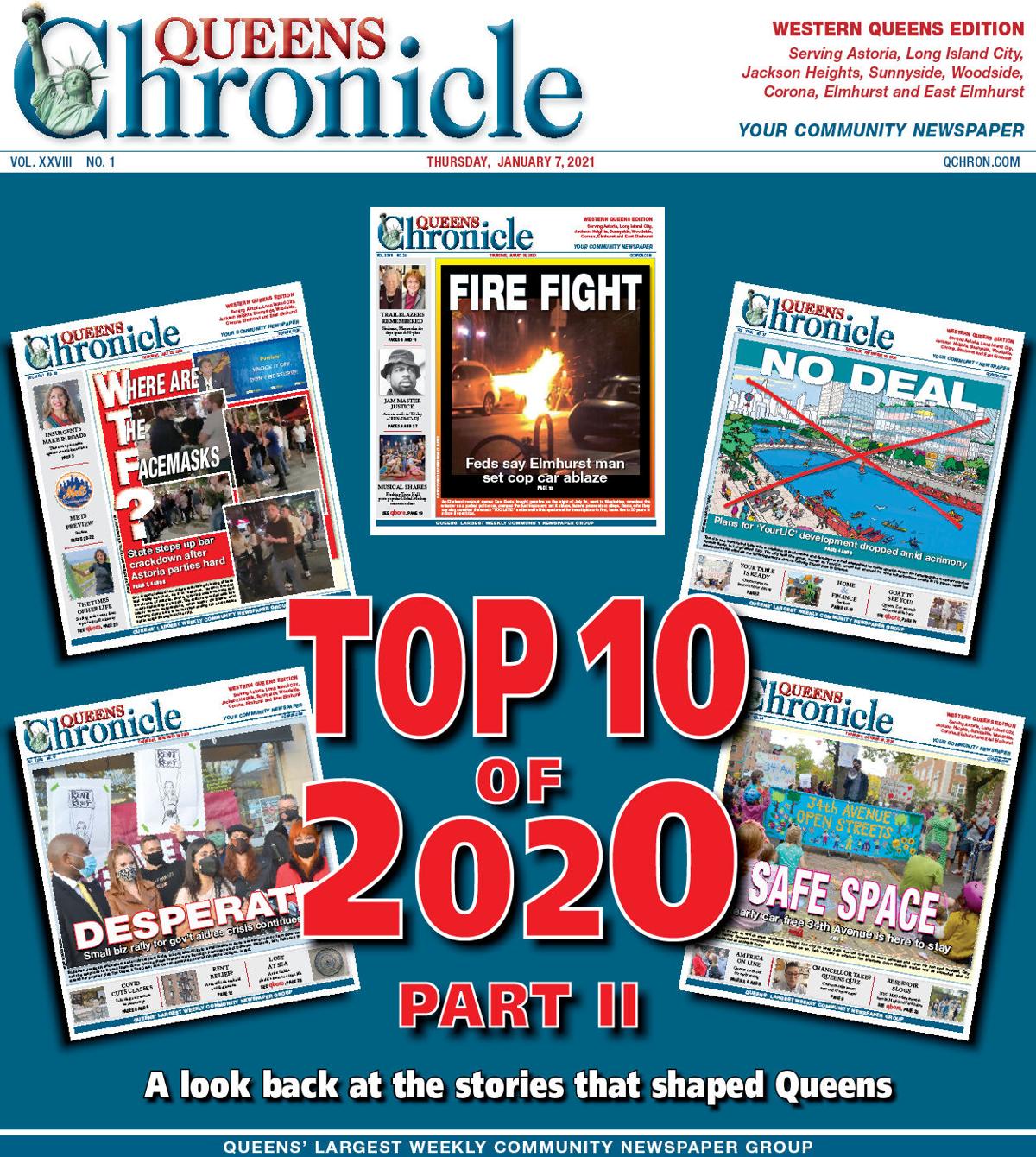 State Sen. Mike Gianaris speaks at a rally for Key Food in Astoria, which eventually closed its doors.

The second half of 2020 saw western Queens continue to fight social justice issues and advocate for quality-of-life issues while maintaining social distancing and other coronavirus guidelines. Here are the big news stories from July through December of 2020, with Part I of our Year in Review available at qchron.com.

Jessica González-Rojas ousted six-term incumbent Assemblyman Michael Den Dekker (D-East Elmhurst) for the seat representing the neighborhoods of Jackson Heights, East Elmhurst and parts of Woodside and Corona. González-Rojas made making Northern Boulevard a safer corridor for pedestrians a big part of her platform during the race.

Kaufman Astoria Studios, Silverstein Properties and BedRock Real Estate Partners announced the proposed “Innovation QNS,” which would bring mixed-use housing to a five-block area centered around Steinway Street and 35th Avenue. The proposal would bring 3,700 construction jobs, 1,700 permanent ones, generation of $50 million in new annual spending and more than $100 million in new tax revenue to the area.

Long-awaited elevators at the Astoria Boulevard train station, which services the N and W lines, were opened following years of delays to the celebration of residents and elected officials.

Astoria found itself in the national spotlight after hundreds of maskless party-goers descended on outdoor dining spots on Steinway Street and other major thoroughfares. Videos of the crowds went viral on social media, leading to an increase in enforcement in the area.

The 11109 ZIP code, which covers parts of Long Island City, was revealed to be the priciest real estate in the borough, according to a report released by a real estate marketing firm. The neighborhood came in 12th overall citywide, with a median sale price of $1,748,248.

Seven gates in LaGuardia Airport’s Terminal B were opened as part of the wide-ranging reconstruction of the infamous airport, which President-elect Biden once said reminded him of a third-world country.

An Elmhurst man was charged with arson in federal court for allegedly setting fire to an NYPD vehicle in Manhattan.

After nearly 70 years serving Astoria, Long Island City and the greater New York City community, Riccardo’s by the Bridge permanently closed due to declining sales brought on by the coronavirus pandemic.

Astoria residents and elected officials rallied for the extension of its Key Food’s lease, with many saying it was the only source of food for many in the community. The store, though, closed its doors on Oct. 1. A Target is slated to move into the property at 22-15 31 St.

Tropical Storm Isaias left thousands without power for more than a week due to issues with overhead power lines and personnel issues during the storm. ConEd was grilled by elected officials in the days and weeks after, including a City Council hearing in September. The state’s Public Service Commission later recommended a $102 million fine against the utility company for its lack of response to the storm.

Despite multiple community meetings on the matter, City Hall pulled the plug on the YourLIC proposal — which would’ve brought mixed-use developments to Long Island City’s Anable Basin. Officials in the Mayor’s Office said the development proposal would not meet the needs of the community.

Progressive candidate Tiffany Cabán, who nearly won a race to become Queens district attorney in 2019, announced her intention to run for the City Council seat held by Councilman Costa Constantinides (D-Astoria), who is term-limited next year. She’s already received support from city and state officials.

A Woodside man known as a hardworking immigrant was killed on his bicycle in a collision with a city bus.

The MTA began a road deck replacement project on the Throgs Neck Bridge. The project team will replace the original concrete roadway base, which dates to when the bridge was built in the late 1950s, with a new, lighter-weight, stronger, steel deck.

The city Sheriff’s Department shut down a wedding party with 280 people — which flaunted social distancing and capacity limits imposed by the city and state in the light of the pandemic — at a Woodside catering hall.

Woodside resident Dan Andrews, a former spokesman for the Queens borough president’s office, died at 72 due to prostate cancer.

A second surge of coronavirus cases caused parts of Queens, including portions of Astoria, to be placed in so-called yellow zones that restricted some nonessential businesses and public schools.

The city agreed to make 34th Avenue in Jackson Heights mostly car-free for good, just after the 34th Avenue Open Streets Coalition led a march down the street calling for the designation. Area residents looking to park are still allowed to go down the street at no more than 5 MPH. The coalition also wants more of the avenue to the east to be closed.

Biden defeated President Trump in the U.S. presidential election, though the Queens native has not recognized his defeat as of this writing.

A food deliveryman riding an electric scooter was killed when he collided with a tractor trailer making a right turn in Astoria. Mamdani set up a GoFundMe page to aid the victim’s family.

The New York City Sheriff’s Office busted a swinger’s club with more than 80 people inside.

NYC Health + Hospitals/Elmhurst received its Covid vaccine — but only after Northwell LIJ Medical Center in Glen Oaks. Area officials questioned the move given that Elmhurst was a battleground hospital in the fight against the coronavirus.

Three people died in an Elmhurst fire. The house was cited by Department of Buildings’ officials in the past for housing dozens of people and the landlord had been issued more than $200,000 in penalties.

Phipps Houses received approval from Community Board 2 to build a six- to seven-story building with 167 affordable units and about 5,300 square feet of community space on Barnett Avenue in Sunnyside. The project must next be approved by Richards before moving to the City Council.