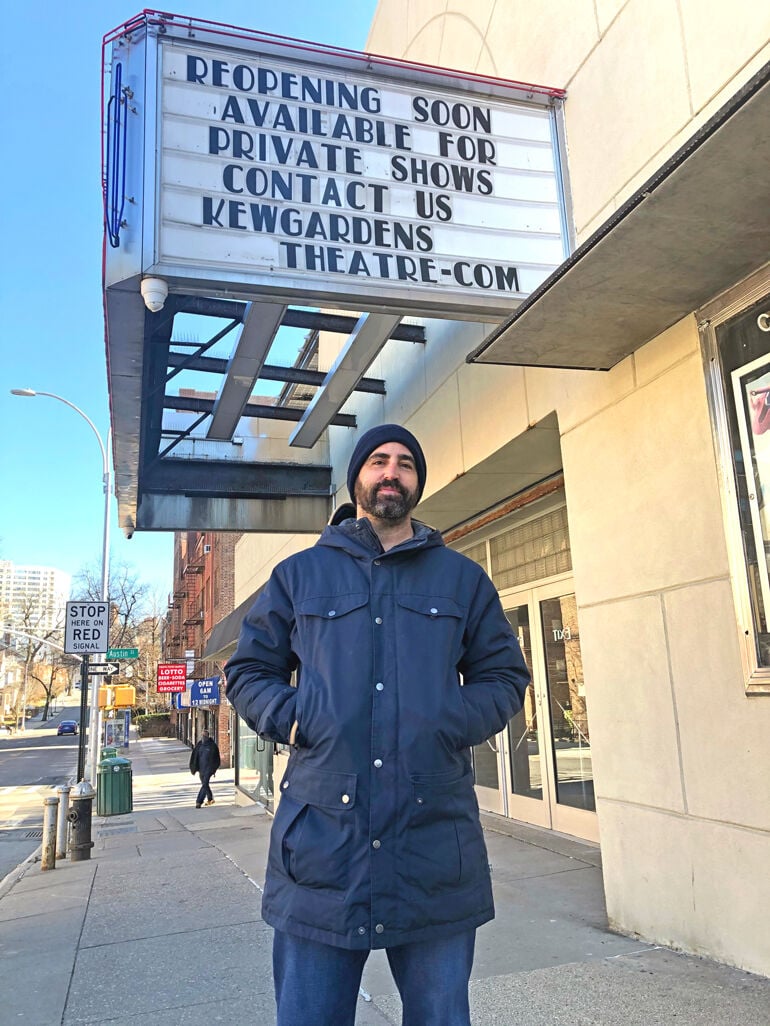 Anthony Elgart, whose father owns Kew Gardens Cinemas, is getting ready to open the Queens theater to audiences near the end of March. Movie theaters were allowed to open in the city at 25 percent capacity last Friday. The Chronicle went to three open theaters to see how things are playing out so far. 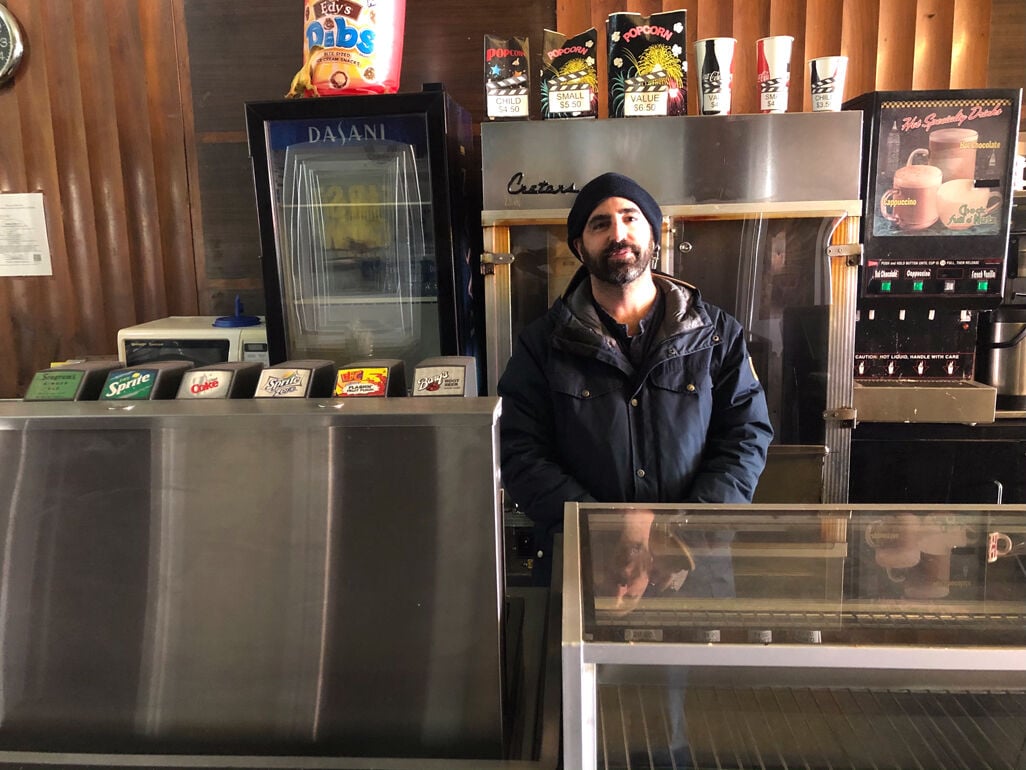 Elgart is getting ready to reopen Kew Gardens Cinemas as movie theaters were allowed to restart March 5 at 25 percent capacity.

Anthony Elgart, whose father owns Kew Gardens Cinemas, is getting ready to open the Queens theater to audiences near the end of March. Movie theaters were allowed to open in the city at 25 percent capacity last Friday. The Chronicle went to three open theaters to see how things are playing out so far.

Elgart is getting ready to reopen Kew Gardens Cinemas as movie theaters were allowed to restart March 5 at 25 percent capacity.

A reopening is finally in view for Kew Gardens Cinemas.

Andrew Elgart, the theater’s head technician and son of its owner, Harvey Elgart, said when he was working on the marquee recently several people would ask if it was open.

March 5 marked the first day theaters in the city could open, almost 12 months to the day they were closed.

The plan is for Kew Gardens Cinemas to open near the end of the month.

While many theaters are playing the same movies, such as “Tom and Jerry,” “Boogie” and “Chaos Walking,” Elgart said the six-screen theater may look to play some more critically acclaimed movies such as “Nomadland” starring Frances McDormand, and independent films.

Elgart also said playing some classic films is a possibility. Some theaters on Long Island, which reopened last October, have been showing old movies in addition to new releases.

Elgart said he wants to see how Williamsburg Cinemas — which his father owns along with Cobble Hill Cinemas — is received by moviegoers in terms of feedback he could take for Kew Gardens.

He’s hoping the vaccines will ease the concerns of seniors, who make up a lot of business for the theater.

“They might feel a little more comfortable coming and the younger people might be more bold in general,” Elgart said.

He said he upgraded the air filters to the improved MERV-13 system and that arm rests will be cleaned after screenings.

Schedules will be staggered, perhaps with 40 minutes between showtimes instead of 25 or 30.

Elgart said he will likely close off the waiting room in the theater lobby, which has old movie posters and magazine covers on the walls. “I’m sure people will be a little upset,” he said. “We don’t want people just standing around.”

In the past classic movies would also play on a TV in the lobby, another tradition that will be on hold when the theater reopens. Concessions, however, will still be sold.

Elgart said he is still in discussion with his managers on how many employees will be at the theater when it reopens.

Theaters in the city will return gradually.

Cinemart Cinemas in Forest Hills plans for an April 1 return, around the same time as Kew Gardens Cinemas.

Regal Cinemas, which has theaters in Forest Hills and Glendale, among others, has not announced a reopening date.

Elgart said Kew Gardens Cinemas received a boost a few years ago when it started playing first-run films instead of doing later screenings of films that had left the large chains.

Now streaming services are more popular than ever but Elgart still expects people back at the movies.

“It’s a part of some people’s routines, like going to the supermarket,” he said. “They realize that was a part of their lives.”