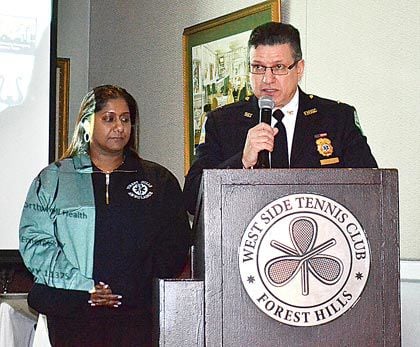 Michelle Hettich and Mike Bonilla, left, from the FHVAC. 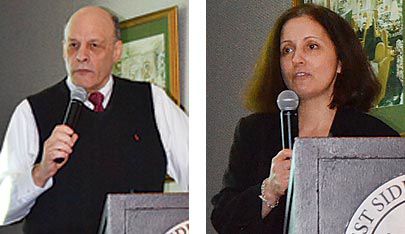 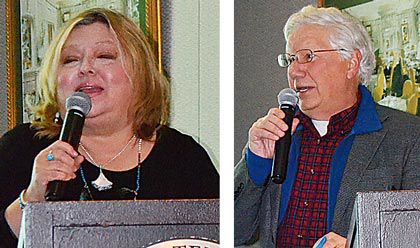 Michelle Hettich and Mike Bonilla, left, from the FHVAC.

That was made clear at the State of the Forest Hills Civic Community meeting last Wednesday at West Side Tennis Club.

Edwin Wong, president of the Forest Hills Asian Association, said the event helps increase awareness about the neighborhood. He added the organization marches in a pair of Lunar New Year parades, one in Flushing and one in Chinatown. The FHAA also marches in the Memorial Day Parade on Metropolitan Avenue.

WSTC CEO and General Manager Mario DiPreta remembered the small turnout at the first meeting in 2015 but how it has gained increased popularity in the following years.

“I always say that’s a very strong part of the community and I always encourage people to come out to their local civic and all the associations, the block watch association, all different types of things they have going on in their community,” Cermeli said. “It’s a great way to get in touch with your community and your neighborhood and to really be a part of it.”

Heidi Chain, president of the 112th Precinct Community Council, said the organization’s monthly meeting will be on Feb. 20 at Dee’s on Metropolitan Avenue.

The topic of the meeting will be fire safety as a fire last month on 62nd Avenue in Rego Park killed one and injured three others.

In September, there will be a health safety fair in Rego Park.

Leslie Brown, president of the Forest Hills Chamber of Commerce, also spoke at the event.

“One of our great things is that we promote Forest Hills and we have wall-to-wall events,” she said.

The Forest Hills Festival of the Arts will be held on June 9, featuring craft artists, merchants and restaurants.

Jazz concerts will be held on 70th Road along Restaurant Row on a pair of Thursdays, Aug. 15 and Aug. 22.

The Monday after Thanksgiving, there will be a winter celebration, taking place this year on Dec. 2.

“We’re proud to continue to provide emergency and nonemergency transport to our residents,” he said.

EMS week begins May 19. There will be a blood drive on the 19th and on the 25th there will be an open house at the FHVAC facility on Metropolitan Avenue near Selfridge Street.

The fourth annual Ride for Richie motorcycle run will be held on Sept. 8. The event honors Richard Pearlman, an 18-year-old volunteer with the FHVAC who was killed on Sept. 11, 2001.

Susan Browning is responsible for the daily operation of Long Island Jewish Forest Hills for Northwell Health. She said she came to Forest Hills in 2015 to “really re-envision” the hospital.

“The community was changing,” Browning said. “We knew that from statistics, demographics analysis, but the hospital wasn’t keeping pace with the changes in the community.”

“Isn’t there something happy to do in Forest Hills? Yes there is,” Olson said.

Musica Reginae holds a series of concerts at The Church-in-the-Gardens in March as well as a children’s program to introduce kids to classical music and basics of music composition and notes.

Olson also gave a shoutout to The Other Place on Metropolitan Avenue.

He said he believed the culture of listening to music live had gone away but The Other Place brings it back.

On a more serious note, Michael Cohen, from Councilmember Karen Koslowitz (D-Forest Hills) office, said he understands there have been many complaints from the community regarding overdevelopment.

“The councilwoman does understand that our neighborhood is in excess of 100 percent capacity when it comes to infrastructure,” he said, adding that “developers are looking at everything.”

Cohen said Koslowitz discusses variances with developers, saying she talks about density and suggests that perhaps a school or more parking be added to their projects.