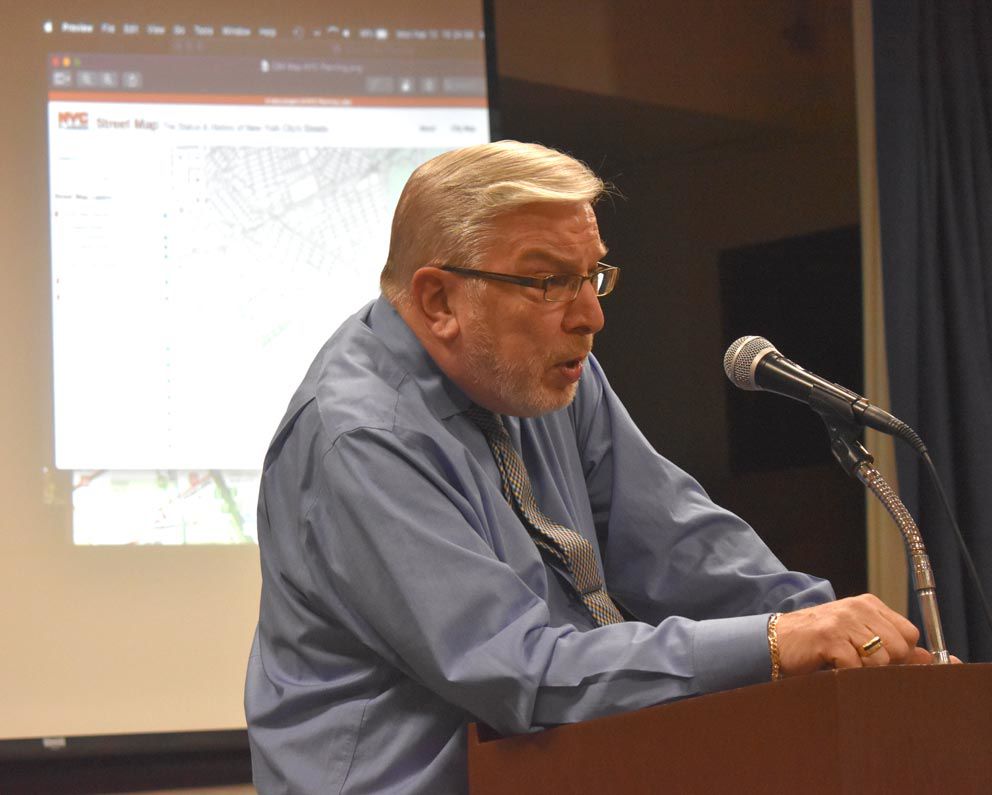 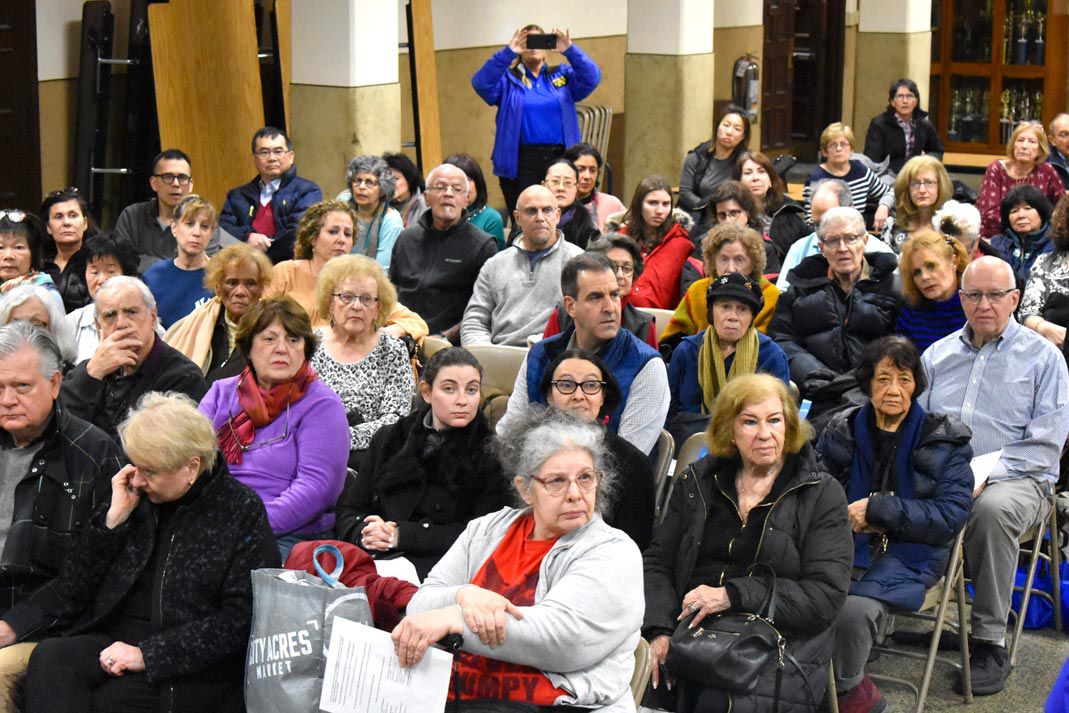 A crowd of approximately 150 people turned out to a Forest Hills Community and Civic Association meeting Monday night as concerns have been raised about the MTA’s plan to redesign bus routes across the borough.

A crowd of approximately 150 people turned out to a Forest Hills Community and Civic Association meeting Monday night as concerns have been raised about the MTA’s plan to redesign bus routes across the borough.

An estimated 150 concerned area residents turned out for a meeting of the Forest Hills Community and Civic Association on Monday evening, prepared to speak out on the MTA’s controversial Queens bus network redesign proposal.

“None of our members were consulted about this proposal,” said association President Chris Collett. “If it goes into effect as proposed, I think it’s going to be a disaster.”

The plan is the subject of a series of ongoing meetings and workshops being held around the borough since Jan. 21.

According to a handout distributed at the meeting, 18 bus lines currently serve the area. The meeting focused primarily on one of them, the Q23, which, according to Collett, is used by 17,000 individuals each day.

Among the locations within three blocks of the Q23 route are medical facilities, houses of worship, schools, shopping districts and senior centers.

Forest Hills resident Claudia Valentino sees the line as “a spine that connects all parts of the community to essential destinations.” One of her concerns is that the proposed changes would include “replacement lines (that) go nowhere that we need to get to and create a transit desert in the middle of our neighborhood.”

Community activist Anna Guasto, a resident of Forest Hills Gardens, agreed, suggesting that “the proposed bus changes will not serve the needs of the established community. The everyday quality of our lives will be impacted.”

Guasto was also concerned over the “element of danger for women” that would result from having to walk farther distances at night.

And, while open to some changes, she added, “The MTA came in from afar and made life-altering decisions without considering the daily lives of the people who live there.”

The proposal is now in the public outreach part of the draft plan phase, which will be followed by the proposed final plan, scheduled to be released in the second quarter of 2020, which will include another round of public outreach.

According to the MTA website, “Public input is crucial to the development of this new network. We want to hear from you.” For further information and to share feedback, visit new.mta.info/queensbusredesign.

The agency says a redesign of bus routes, many of them decades old, is needed to speed up and otherwise improve service.

But Guasto, referring to Forest Hills Gardens, also finds it unacceptable that “they want to cut through private streets. We pay money for the maintenance of those roads. We shouldn’t have to be paying for the public.”

Forest Hills resident Judith Berman said, “We need the buses without having transfers. We need the route the way it is. We don’t want stops eliminated.”

She feared that the “ridiculous changes” would include longer routes and more crowded conditions.

Prior to the meeting, William Erlbaum, a member of the community who has come to rely on the Q23, said of the situation, “If it’s not broken, why fix it? You’re affecting a great many people. The burden is always on those who propose changes to the status quo. Is this just a power trip?

“Show us the empirical evidence, what studies have been done, not your conclusions. That’s the arbitrariness of power — my way or the highway.”

Representatives of several elected officials were on hand.

Kevin Wisniewski, deputy chief of staff for Assemblyman Andrew Hevesi (D-Forest Hills), said, “We are fully aware of the concerns,” and suggested individuals contact the assemblyman’s office with theirs.

Neil Giannelli, chief of staff for state Sen. Joe Addabbo Jr. (D-Howard Beach), said, “This is still in flux,” calling it “a very fluid situation” and saying, “We will press the MTA.” He recommended that everyone should keep an open mind as “there has to be modernization,” but added, “You want to make sure changes do not adversely affect Forest Hills.”

Cristian Romero, constituent and community liaison for Rep. Grace Meng (D-Flushing), said, “You have support from the city, state and federal levels. Call our office. Call all your electeds.”