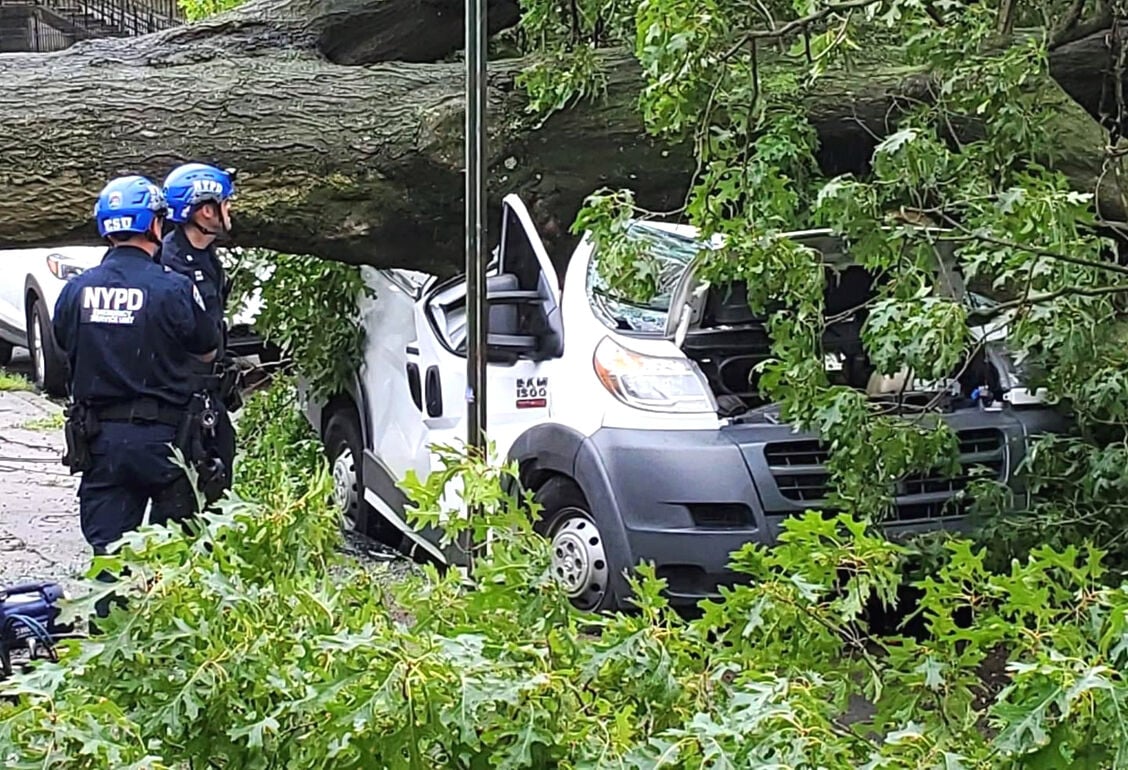 A 60-year-old man was killed in his van on 84th Drive in Briarwood during Tropical Storm Isaias. The early August storm caused the second-widest power outage in Con Edison’s history, behind Hurricane Sandy in 2012. 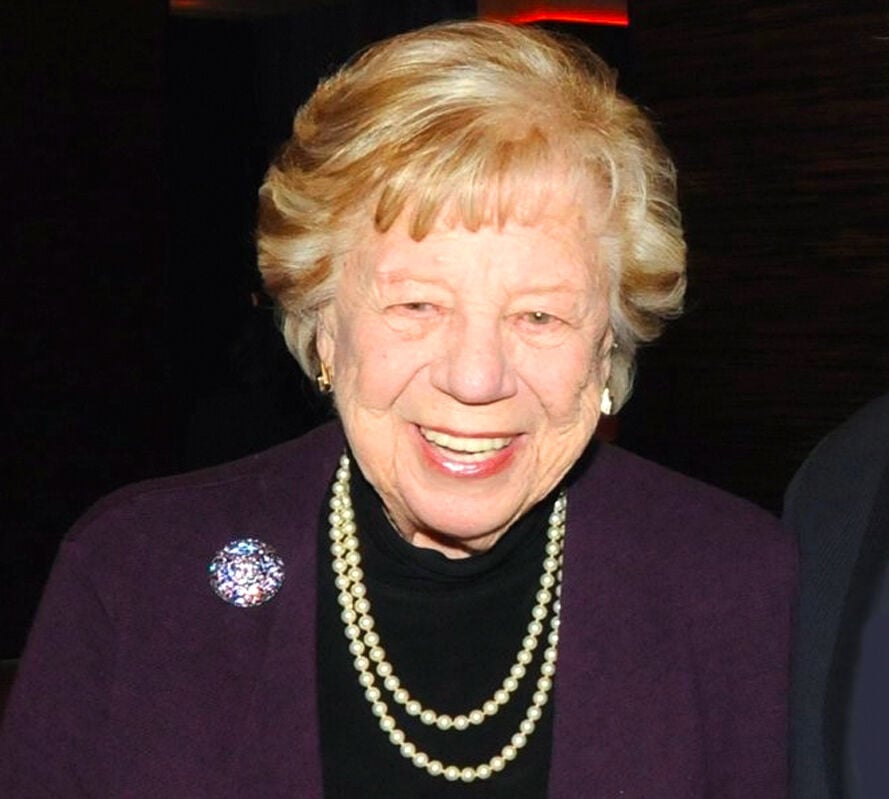 Claire Shulman, the Queens borough president from 1986 to 2002, died at the age of 94. She was the first woman to hold the office. 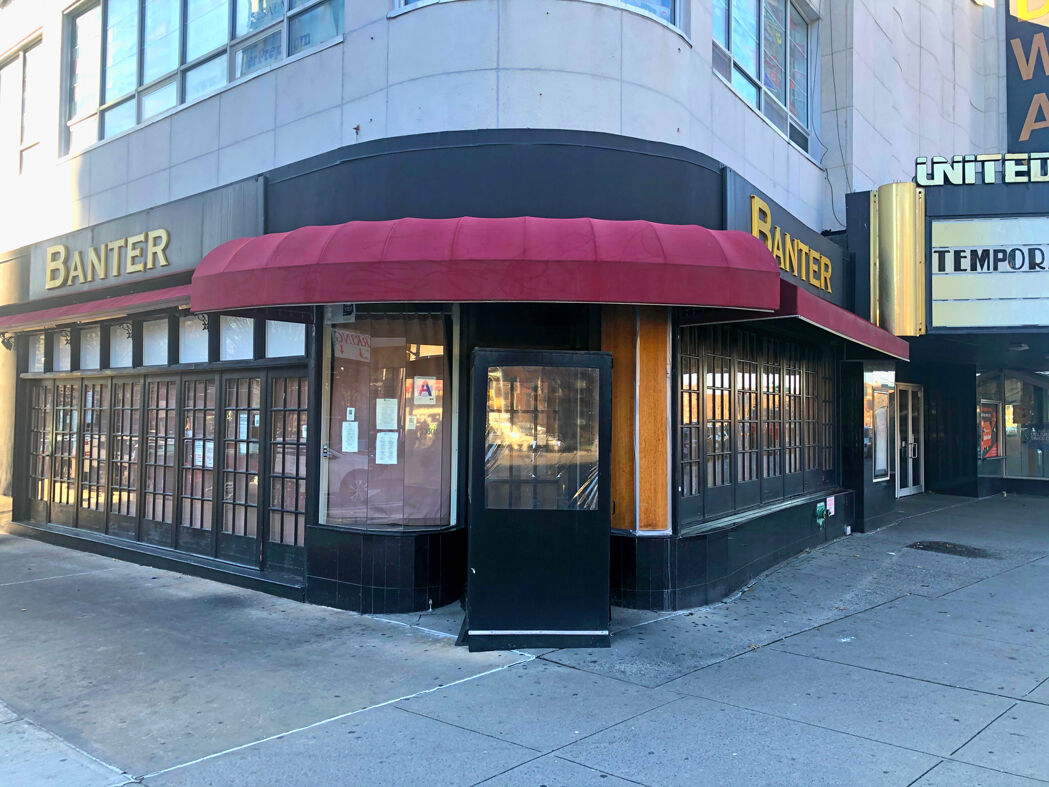 Banter on Queens Boulevard in Forest Hills closed its doors after seven years in business next to the Regal UA Midway Theater, which had been closed since mid-March. 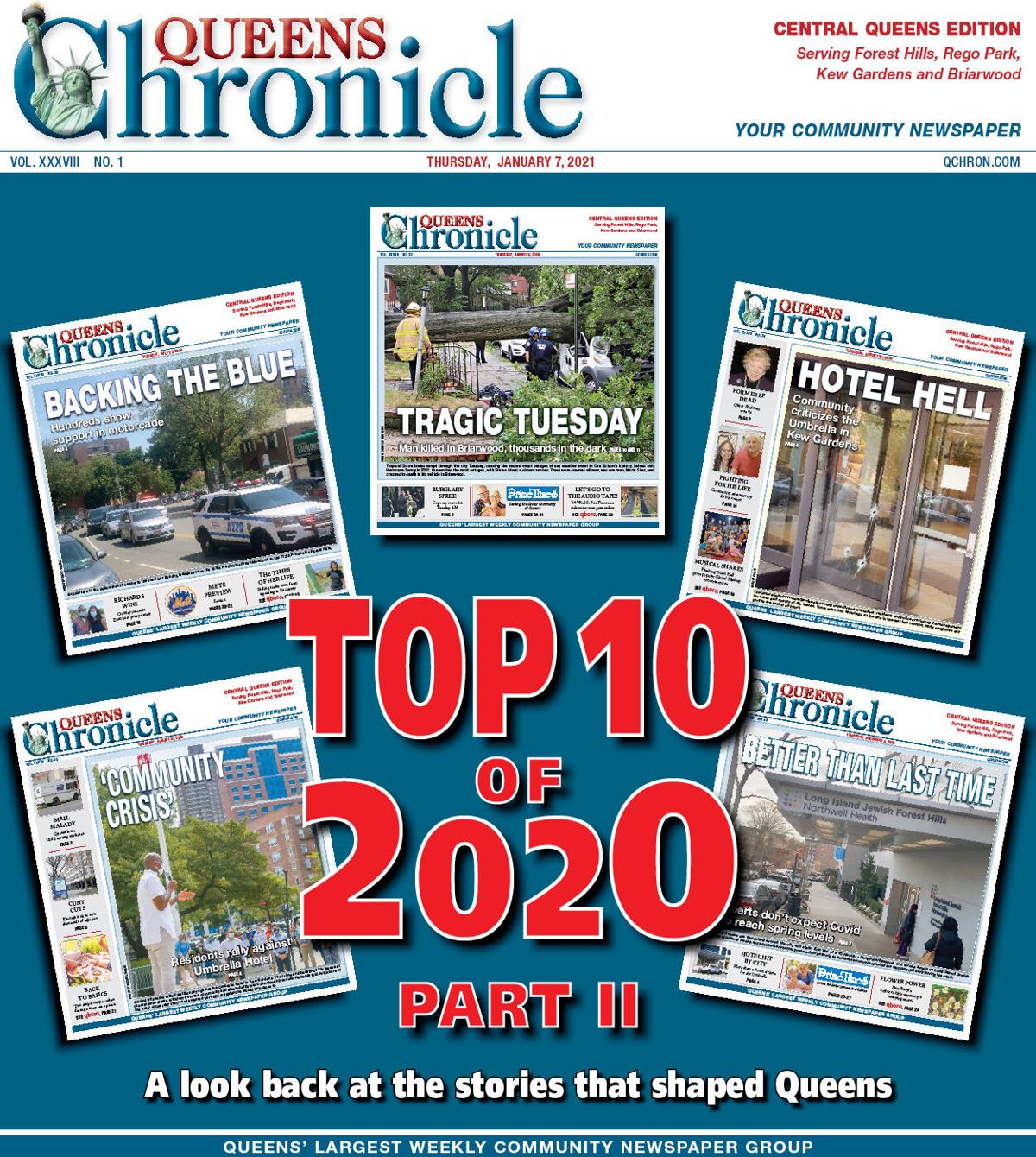 A 60-year-old man was killed in his van on 84th Drive in Briarwood during Tropical Storm Isaias. The early August storm caused the second-widest power outage in Con Edison’s history, behind Hurricane Sandy in 2012.

Claire Shulman, the Queens borough president from 1986 to 2002, died at the age of 94. She was the first woman to hold the office.

Banter on Queens Boulevard in Forest Hills closed its doors after seven years in business next to the Regal UA Midway Theater, which had been closed since mid-March.

In the final months of 2020, Central Queens saw a number of hate-related incidents, including anti-Semitic messages and an attack on a Muslim family, as leaders decried the hate and bigotry.

Kew Gardens residents and elected officials voiced concerns over the Umbrella Hotel throughout the fall, with the commanding officer of the 102nd Precinct calling it “problem No. 1.”

As the Covid crisis continued, in-person learning at schools and indoor dining were on-again and off-again.

While businesses kept closing in Forest Hills, area leaders noted its resiliency with new businesses opening and being planned at shuttered sites.

A car’s tires were punctured and the hood of the vehicle was defaced with the carving of a swastika at 102nd Street and 64th Road. The owner of the car wasn’t Jewish.

Mayor de Blasio signed into law a six-measure NYPD Accountability Package, which included the criminalization of the department utilizing chokeholds.

Councilman Donovan Richards (D-Laurelton) got the Democratic nomination for borough president as former Councilwoman Elizabeth Crowley conceded the primary. Crowley was in second place in a five-person field and determined she would not be able to make up the difference as absentee ballot counting continued.

Tropical Storm Isaias ripped through Queens on Aug. 4, causing the second-biggest power outage in Con Ed’s history, behind only Hurricane Sandy in 2012.

Mario Siles, 60, was killed in Briarwood when a falling tree struck the vehicle he was sitting in during the storm. The contractor was renovating an apartment and was working with his son, who had gone back into the apartment with some materials as Siles waited in the van.

Former Queens Borough President Claire Shulman died at 94 after a bout with cancer. Shulman, the first woman to hold the post, served from 1986 to 2002. She was praised for improving housing, healthcare, infrastructure and the arts.

“No one loved Queens more than Claire Shulman, and in turn, she was widely respected and deeply loved,” said Acting Borough President Sharon Lee.

Residents and lawmakers criticized the Umbrella Hotel in Kew Gardens, the site of loud late-night parties and a pair of shootings over the summer.

Capt. Antonio Fidacaro, commanding officer of the 102nd Precinct, said “This hotel is problem No. 1 for me.”

Approximately 60 residents rallied at Borough Hall as they called for the closure of the hotel.

The community celebrated the 100th anniversary of women being granted the right to vote at MacDonald Park in Forest Hills on Women’s Equality Day.

“People use the phrase, ‘We got the right to vote.’ To me that’s insulting,” said state Sen. Toby Ann Stavisky (D-Flushing). “We didn’t get that right. We took it, we earned it, we fought for it, we demonstrated for it.”

Sophia Farrar, the woman who held Kitty Genovese in her arms as the latter died in an infamous 1964 Kew Gardens slaying, passed away Aug. 28 at the age of 92.

Two shots were fired on Yellowstone Boulevard near Ingram Street. Capt. Joseph Cappelmann, commander of the 112th Precinct, said the target was driving northbound on the boulevard when the perpetrator pulled up and displayed a firearm. The target took off and heard what he believed to be two shots before driving to the precinct. There were no injuries or property damage.

Retailer Century 21 declared bankruptcy and announced it would close its 13 sites around the country, including its Rego Park location. Residents lined up to take advantage of liquidation sales.

Aigner Chocolates on Forest Hills celebrated its 90th anniversary as residents and elected officials came out to celebrate the milestone.

Indoor dining reopened in the city at the end of the month at 25 percent capacity.

Richard Smalls, a Brooklyn man, was indicted for two alleged attacks on women in their Rego Park buildings over the summer, District Attorney Melinda Katz announced.

“‘God will take care of you’ is not the answer,” said Queens Jewish Community Council President Michael Nussbaum at a press conference.

Neighborhoods were broken down into red, orange and yellow zones, with different capacity regulations for each.

That led to some confusion, including on 108th Street, where the border between the orange and red zones goes right down the middle of the street, leaving the east and west sides of the strip facing different regulations.

Community Board 6 Chairwoman Alexa Weitzman told de Blasio during his weekly appearance on WNYW’s “The Brian Lehrer Show” that the area had to deal with the fallout from hearing different messages from different leaders.

PS 196 on 113th Street was shuttered, leading to protests from parents, who complained they were told on a Wednesday that the school would close the following day. “The goal posts are moving constantly,” one parent said. “First our ZIP code is OK. Then, hours later, it’s a cluster.”

Dan Andrews, the retired spokesman for former borough presidents Claire Shulman and Helen Marshall, succumbed to pancreatic cancer. He was 72.

David Dinkins, the first and thus far only African-American mayor in city history, died at 93. Dinkins, who embraced New York City as a “gorgeous mosaic,” was mayor from 1990 to 1993.

Steve Cohen officially became the new majority owner of the Mets, buying the team from the Wilpon family and Saul Katz. During his introductory press conference, Cohen said if the team doesn’t win a World Series in three to five years, he would consider the team slightly disappointing.

Councilman Rory Lancman (D-Fresh Meadows) was appointed the state’s new special counsel for utility ratepayer protection by Gov. Cuomo. Lancman, who would have been term-limited out of office at the end of 2021, resigned to take the post. A special election to fill the seat will be held Feb. 2.

Giselle DeJesus was arrested and charged with a hate crime for an assault during which she allegedly grabbed a woman’s hijab and yelled “f------ Muslim” at her, according to the district attorney. DeJesus and the Muslim family live on the same street in Rego Park.

Community Board 6 voted 34-5 in favor of a rezoning proposal that would see a nine-story mixed-use building constructed at the site of the former Shalimar Diner, which closed in 2018.

Preliminary plans for an eight-story mixed-use building at 68-19 Woodhaven Blvd., also in Rego Park, were released. The Department of City Planning said the development would not result in adverse environmental impacts on the area.

The Forest Hills Jewish Center at 106-06 Queens Blvd. went on the market, with B6 Real Estate Advisors listing the property for $50 million. The center’s executive director, Deborah Gregor, said the synagogue will not close for one day.

The Umbrella Hotel was hit with more than a dozen violations from the city following months of complaints from elected officials and residents. A multiagency response yielded seven summonses from the FDNY, three by the NYPD and three by the Department of Buildings. The FDNY later added two more following a second investigation.

Councilwoman Karen Koslowitz (D-Forest Hills) said she hoped the multi-agency response would “provide the impetus for shutting down” the hotel.

Banter, the Irish pub and restaurant, closed on Queens Boulevard after seven years in business. Though several Forest Hills eateries closed during the pandemic, business leaders noted that other businesses came in to fill in the sites, such as The White Radish coming in where Jack and Nellie’s closed on Ascan Avenue. A pizza parlor and a Mad For Chicken are slated to come to Austin Street next year.

Elected officials spoke out after a vulgar sexual statement aimed at Jewish women was spray-painted on a Forest Hills fence. The graffiti was cleaned several hours after it was discovered.

Eric Leon of Rego Park was arrested in connection to the anti-Muslim attack, which saw his fiancee, De Jesus, arrested in November. Leon allegedly assaulted Khaled Aly as Aly tried to defend his wife after De Jesus grabbed her hijab and cursed at her.

Peter Khaim and Arkadiy Khaimov, brothers from Forest Hills, were each charged with conspiracy to commit healthcare and wire fraud and conspiracy to commit money laundering, according to the Department of Justice. Prosecutors said the two defrauded the Medicare system of $30 million meant to assist patients during the pandemic.

Leslie West, who grew up in Forest Hills before becoming the frontman and guitarist for hard rock band Mountain, died at 75.