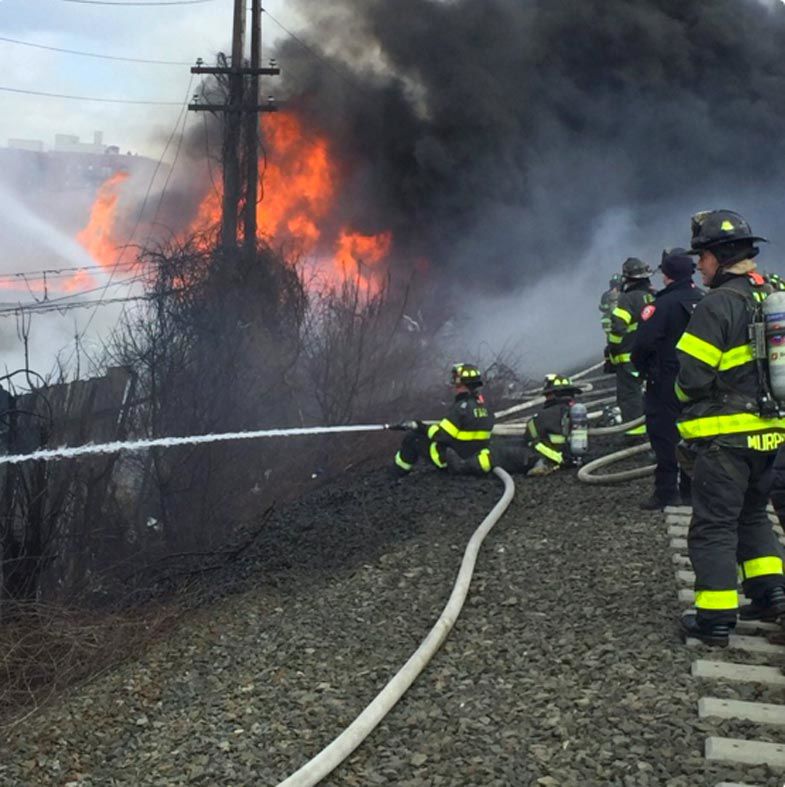 Firefighters stand on the tracks at the Long Island Rail Road's Hillside maintenance facility to battle a blaze at Royal Waste Services in Hollis. 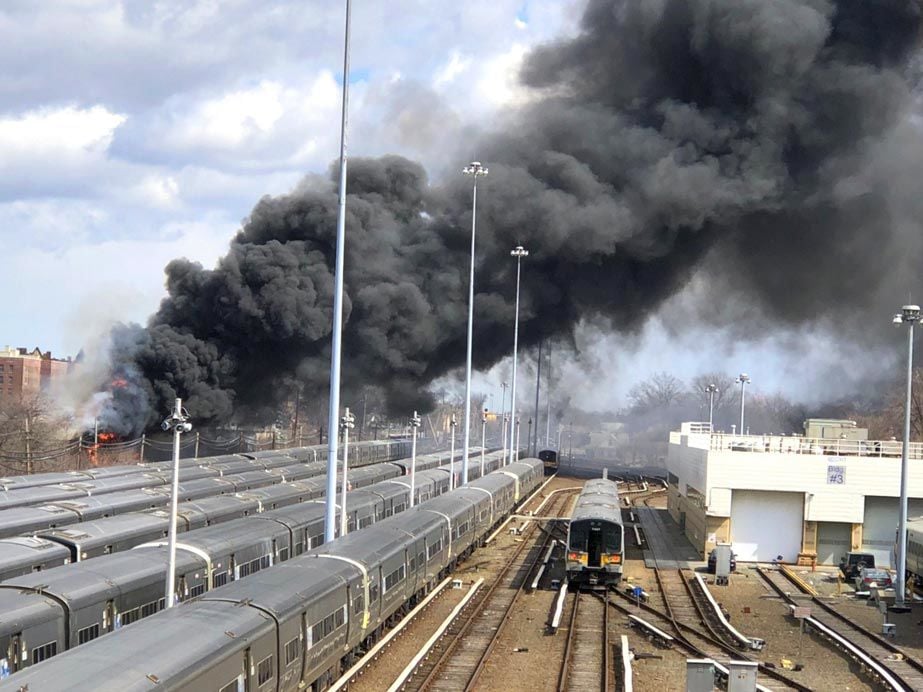 Smoke pours from the Royal Waste Services recycling plant at the junction of Jamaica and Hollis avenues in Hollis. 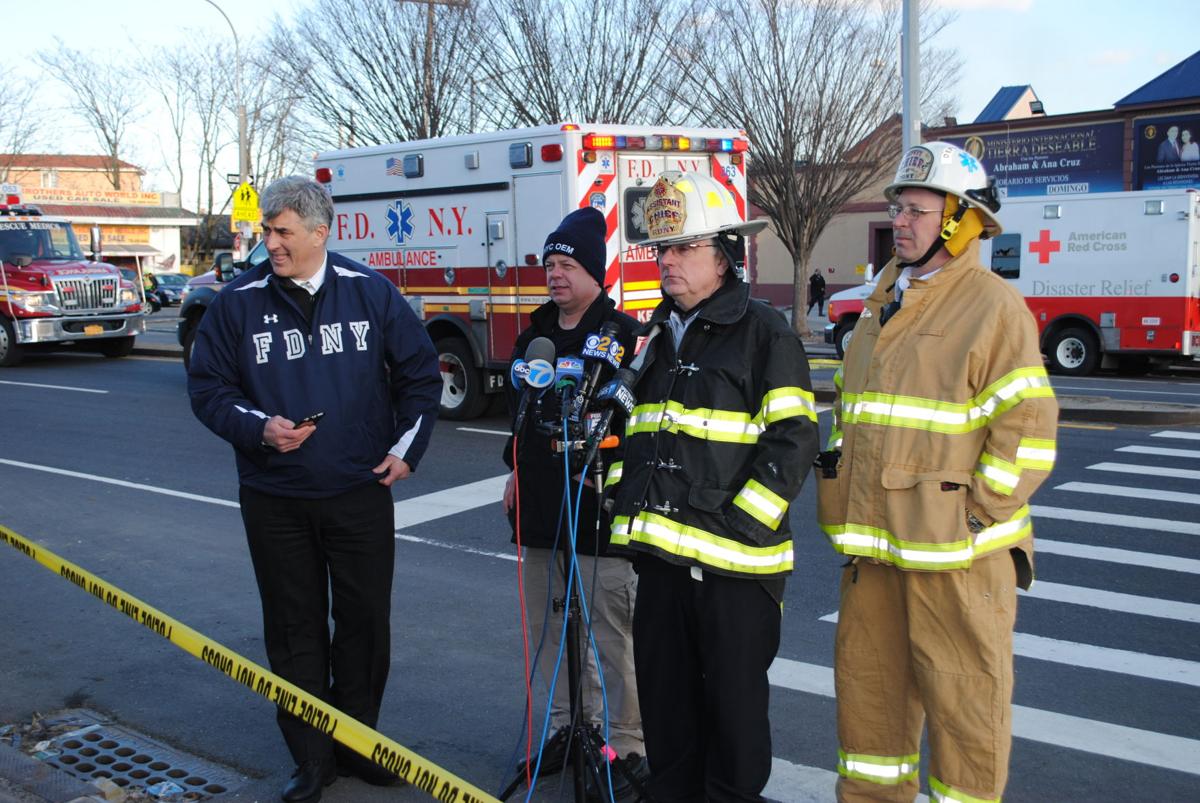 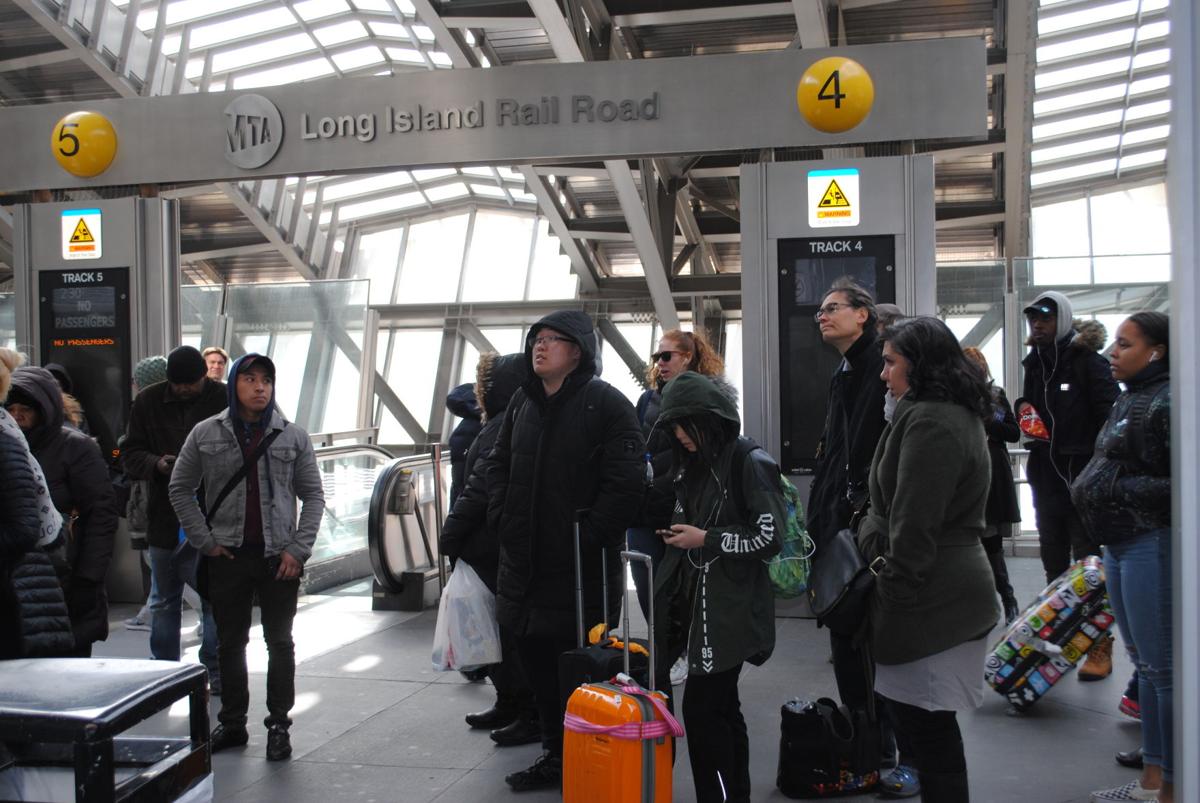 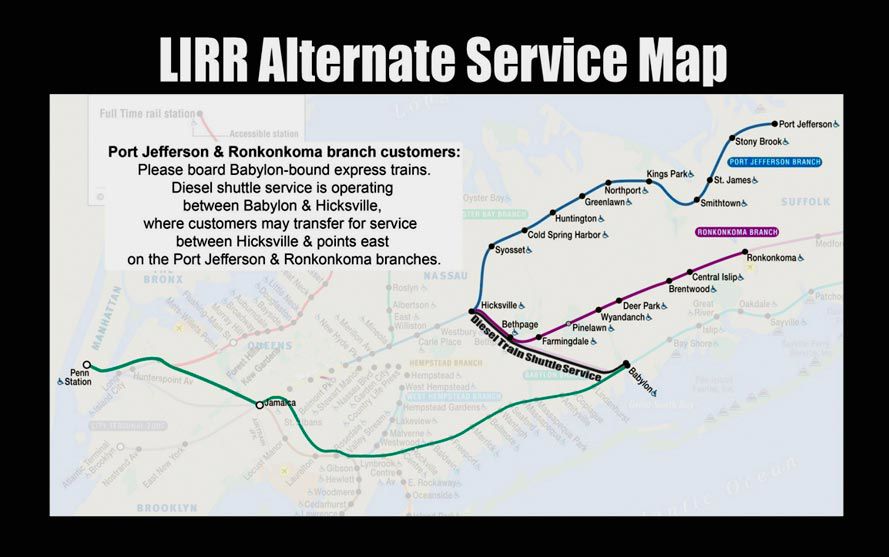 LIRR service between Jamaica and Hicksville, LI was shut down Friday afternoon due to a fire right next to the tracks in Hollis.

Firefighters stand on the tracks at the Long Island Rail Road's Hillside maintenance facility to battle a blaze at Royal Waste Services in Hollis.

Smoke pours from the Royal Waste Services recycling plant at the junction of Jamaica and Hollis avenues in Hollis.

LIRR service between Jamaica and Hicksville, LI was shut down Friday afternoon due to a fire right next to the tracks in Hollis.

A lithium-ion battery that was not properly disposed of is being cited at the cause of a massive fire that disrupted Long Island Rail Road service for several hours last Friday.

The battery lit piles of newspaper and cardboard, some as much as 15 feet high, setting off what would become a five-alarm fire, at Royal Waste Services at 187-40 Jamaica Ave. near the intersection with Hollis Avenue. It was adjacent to the LIRR’s Hillside maintenance facility in Hollis.

The blaze also shut down Jamaica Avenue in both directions for more than five blocks as more than 200 firefighters battled the blaze.

It caused the LIRR to halt service on much of its main line and three other branches. One of several photos the LIRR posted on Twitter showed firefighters standing on the tracks as they battled the blaze.

The FDNY first reported the all-hands fire on Twitter at 1:08 p.m. Twenty minutes later the department called it a two-alarm blaze, then three alarms, and then at 2:43 labeled it a four-alarmer. It also started reporting the address as 187-10 Jamaica Ave., the building next door.

Assistant Chief Edward Baggott, the FDNY borough commander for Queens,  said Friday afternoon that 44 pieces were on the scene, with firefighters attacking the blaze from both the street side and the railroad side. Some were in cherry pickers raining water onto the fire from above.

Baggott said a sustained wind of between 30 and 37 miles per hour was a factor during firefighting operations.

Shortly after 5:30 p.m. on Friday, Baggott said they were expecting to be in site for at least an additional 18 hours.

Flames and black smoke billowed into the sky well into the evening as heavy equipment operators picked apart the large piles of burning paper to allow firefighters to douse smoldering hot spots.

The smoldering material then was loaded onto heavy metal bins and carted away. The fire was deemed under control at 8:54 a.m. on Saturday morning.

Aaron Donovan, a spokesman for the Long Island Rail Road, said full service was restored by 6 a.m. Friday after work crews effected repairs to signal, power and communications wires and poles that had been affected by the fire.

The heavy winds blew the smoke to the south and southeast. Personnel from the city Department of Environmental Protection were active at the scene, though Baggott said Saturday evening they did not expect to find toxins or hazardous substances in the smoke.

Personnel from the city’s Department of Environmental Protection were active at the scene.

Jamaica Avenue was shut down in both directions from the area of 184th Place to somewhere east of Hollis Avenue.

The LIRR first announced a partial suspension of service on the Ronkonkoma, Port Jefferson, Oyster Bay and Hempstead branches at 1:12 p.m. on Twitter, and then at 1:28 dropped the word “partial.”

“We will keep you updated. LIRR customers are encouraged to use alternate  branches, including the Port Washington & Babylon branches,” the railroad later said. “NYC Transit is cross-honoring LIRR tickets at Jamaica, Kew Gardens, Forest  Hills, & Woodside.”

The smoke to the east could be seen clearly from the mezzanine platform of the LIRR’s Jamaica Station, where railroad personnel were out in force to assist stranded passengers. Electronic schedules listed no times for scheduled trains, while signs at the escalators to the platforms were blank.