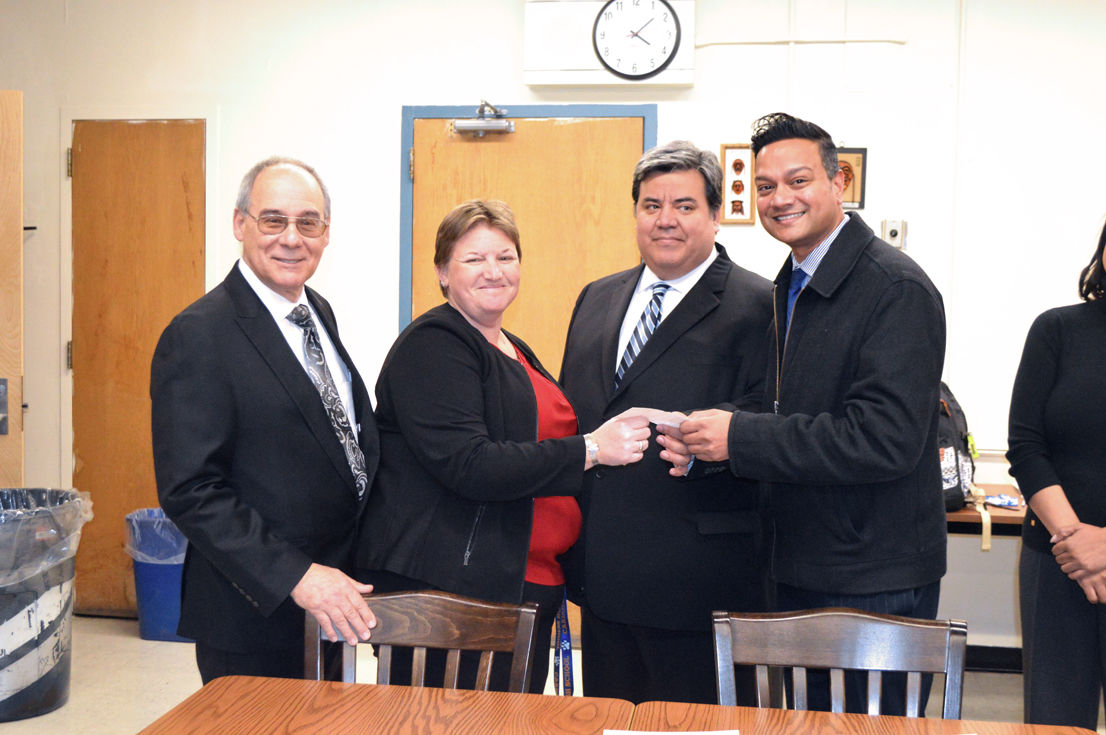 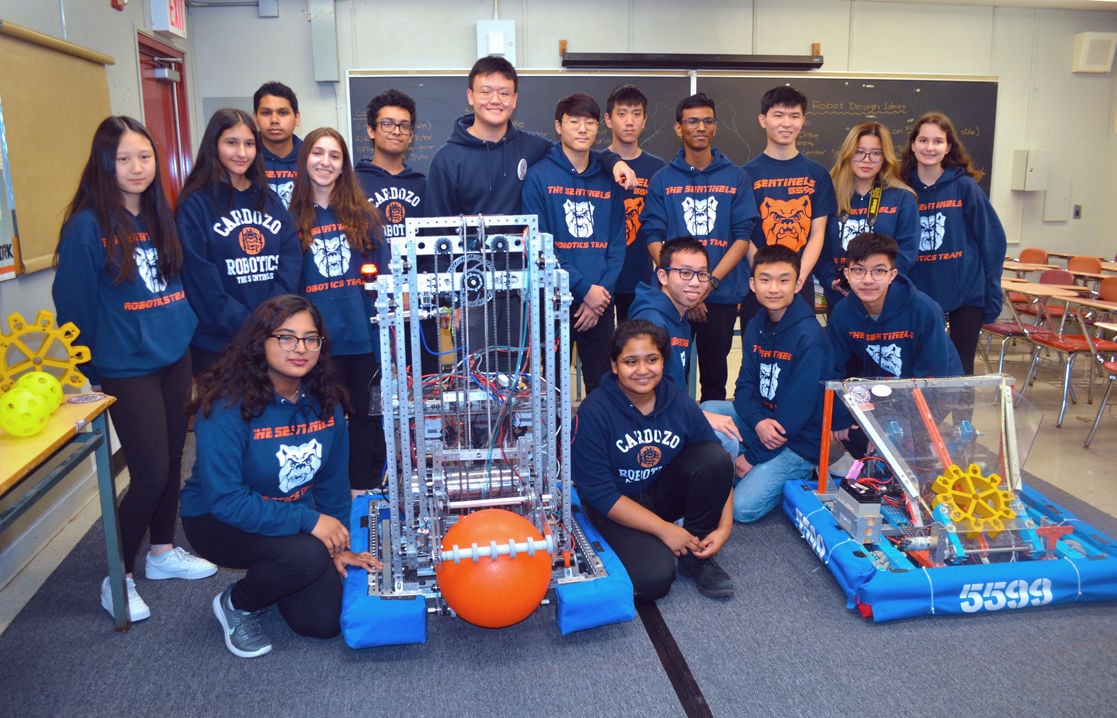 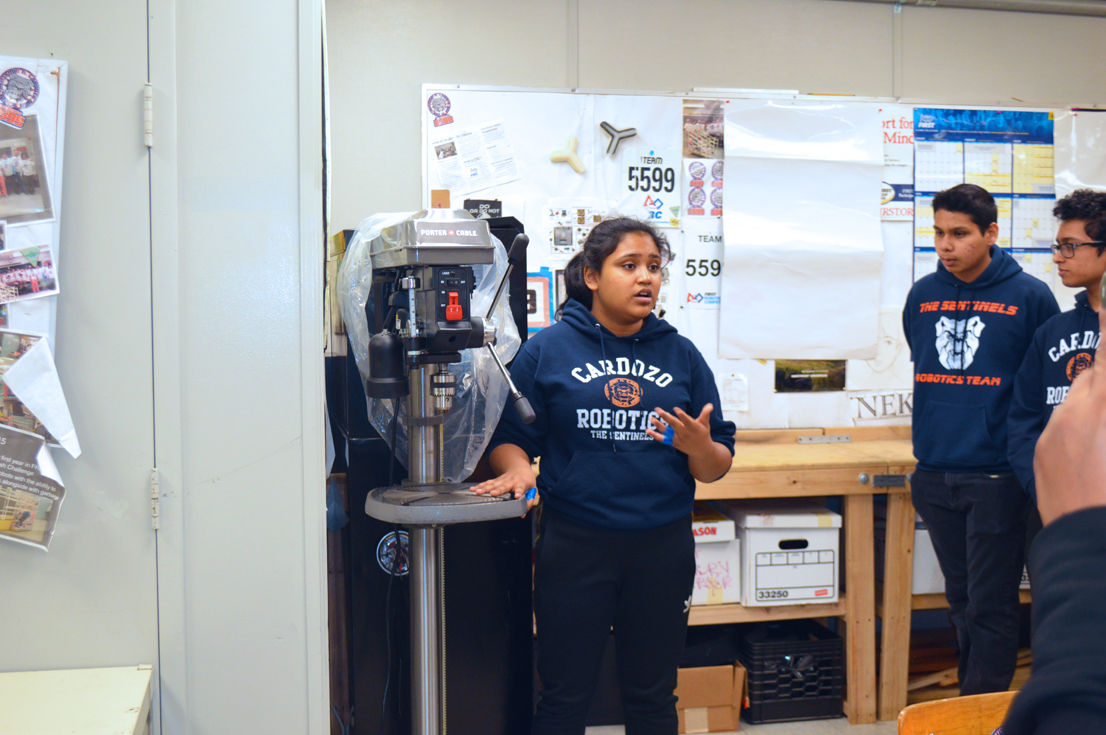 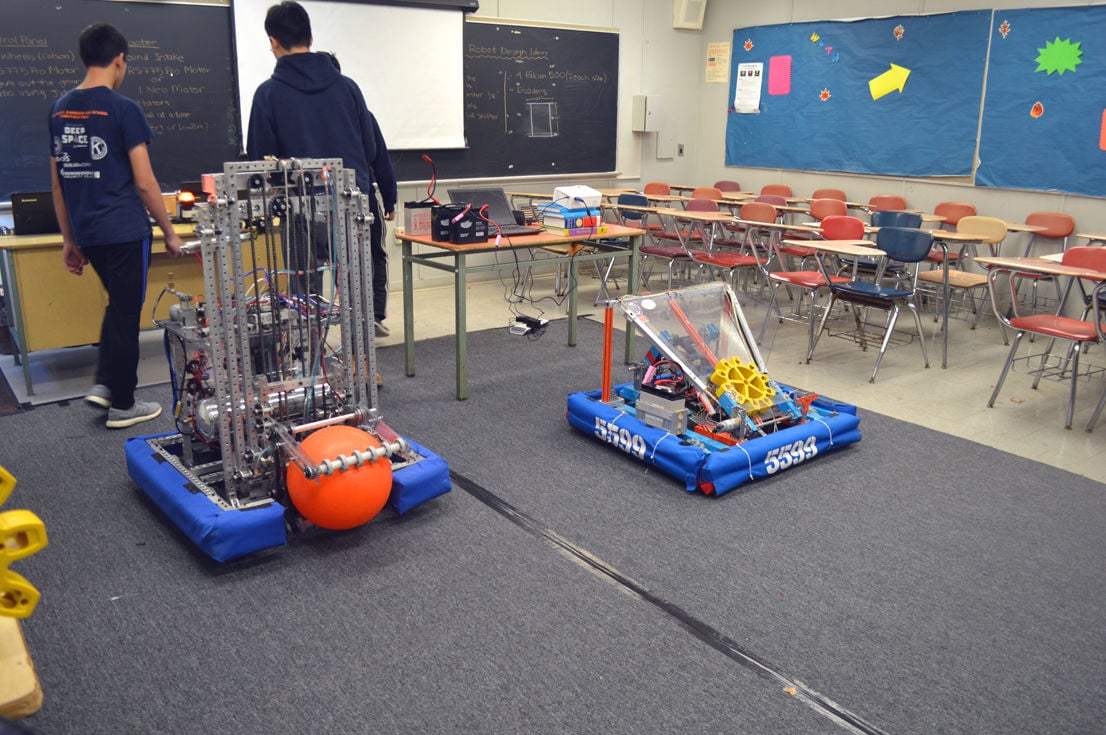 Benjamin N. Cardozo High School’s robotics team, the 5599 Sentinels, is ready to dominate the upcoming competition thanks to a generous donation from the Subraj Foundation.

Team mentor Joseph Pugliese, left, Principal Meagan Colby and mentor Bernard Haggerty thanked Tony Subraj, vice president of Zara Realty, for his generous donation of $10,000 on Jan. 16. The money will be put toward resources such as wiring, batteries and more to help the Sentinels accomplish their goal of building a robot strong and agile enough to beat out other high school teams from across the globe at the FIRST Robotics Competition the weekend of March 27 to 29 at Hofstra University and again from April 3 to 5 at Armory College.

Mechanics Captain Tanzina Zahan, center, showed off some of the tools the team uses to construct its machines. The FRC sends the teams a video prompt for eligible robots six weeks before the competition, at which point the teams can begin designing and constructing a fully functional robot.

The Sentinels, top right, is made up of 80 members, which has grown from a team of just 5 over the past four years, and has multiple divisions within itself — mechanics, programming, electronics, computer-aided-design, pneumatics, scouting and strategy, internal and external marketing, and media.

The Sentinels showed off previous robots for past competitions — Voltron and Hal5700, above and right — to give a glimpse of what the team has accomplished in the past and will bring to the table in March.